Another Reason to Update Your Biocompatibility Approach: EU MDRs 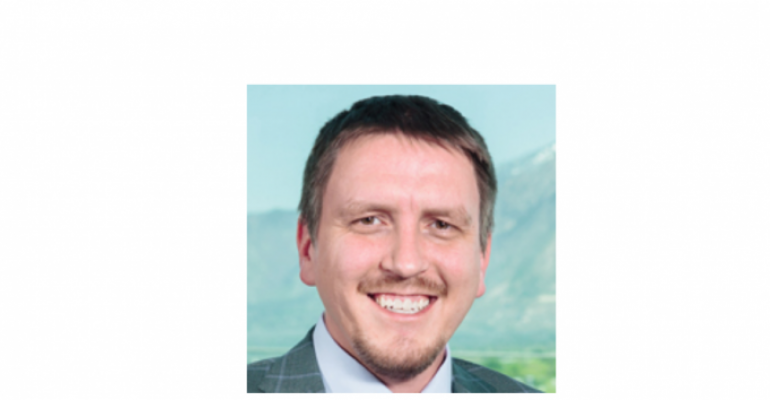 Medtech companies have been working for a couple years to update their approach to biocompatibility testing in preparation for the new ISO 10993-1, “Biological evaluation of medical devices -- Part 1: Evaluation and testing within a risk management process,” which became official last August 2018.

But there may be an even more compelling reason to get up to speed on the new standard—the European Union’s new Medical Device Regulations (MDRs). “We’ve been talking about ISO 10993-1 changes for some time—for medical device manufacturers, this is the central document that defines biocompatibility strategy,” Matthew Jorgensen, PhD, senior E&L expert for Nelson Labs, told MD+DI. "What is special about the landscape today is that the new version of 10993-1 has arrived at the same time as the new European regulations, and the regulations state that companies will have to comply with the latest biocompatibility standards.”

The new biocompatibility requirements apply to all medical devices marketed in the EU, either before they receive CE marking or before their CE marks are recertified, which is typically every three to five years, said Jorgensen. “If you submit a new device for marketing in the EU or are resubmitting, you’re going to have to comply with ISO 10993,” he explained. “For many of these products, they’ve never been evaluated against this standard.”

The new ISO 10993-1 represents a paradigm shift, Jorgensen said. “Annex A lists all the biological endpoints that have to be evaluated,” he said. “It is no longer just a list of ‘tests.’ Tests are out there, but people can provide a rationale as to why a certain material does not present a biocompatibility risk. It makes it so that you must understand the biological risks associated with your materials—you have to think about your devices rather than just testing them and explain why risks are not an issue.”

There are a lot of risks to just “check boxing” a list of tests performed, he explained. “If you just test and really don’t need to, then technically you’re not complying with ISO 10993-2, which seeks to minimize animal testing,” he said. “Also, you’re spending a lot of time and money. Evaluation of biocompatibility comes at the end of the medical device development cycle, and if you delay time to market with unnecessary tests, this can delay patient access to products and cause a substantial loss of revenue.”

Instead, careful risk evaluation could streamline submissions. “During a recent project involving a nitinol implant, we could have done a range of tests, such as pyrogenicity, cytotoxicity, and others,” he said. “But since nitinol has been on the market for years, we were able to submit with only cytotoxicity and chemistry testing. We were able to save time and money while simultaneously sparing animal life.”

Market history won’t obviate the need for such evaluations. “Grandfathering is explicitly excluded for previously approved devices, even if they have been on the market for 30 years,” Jorgensen said. “Everything has to be evaluated again today with modern standards.”

Documentation expectations are changing. “Documentation needs to provide rationale for chemistry testing and why biological endpoints are not a risk; in the past, it used to be acceptable to submit a binder of tests,” he said. “Now, when it comes to defending a device or family, the whole story needs to be documented including family descriptions, biocompatibility history, testing, evaluations, and conclusions by experts.”

Testing is changing, too. “Most traditional tests remain, but there is a shift from in vivo testing to in vitro testing for irritation tests, and we are happy that’s happening,” he said. “Chemistry is also evolving as an option.”

Chemistry testing can be a little tricky, as “chemistry testing requirements have become more strict than in previous years. They are more in-line with what pharma has done in the past. There’s an idea of doing exhaustive extraction and a renewed focus on liquid chromatography with high-resolution accurate mass. As a scientist, I don’t like exhaustive extraction—it is an idea that makes sense in pharma, but a medical device chemistry study is trying to answer a different question. In pharma, there are always two steps—an extractables study and a leachables study of a container—to understand what a dose of a drug may expose a patient to after sitting on the shelf in that container. For medical devices, we don’t do two steps—rather we do one study on how much of an extractable can come out in 24 hours, so we measure and quantify what would happen within that same time frame.”

Because of the move toward chemistry, Jorgensen said that a board-certified toxicologist and other experts need to be able to look at a body of data and prepare an opinion of the sum of all that data and its impact on device safety.”

Jorgensen anticipates such shifts could result in material selection changes. “Plastic materials are coming under scrutiny, and in the past, some were not well understood. We’ll see changes in materials away from those for which we don’t have good data. In addition, medical-device grade plastics will become more prevalent.”

For instance, regarding “DEHP-free PVC, it might past traditional testing, but when we do chemical tests, we get results all over the map,” he said. “Medical device companies now don’t really know what to expect, and they are asking their suppliers to prove that their materials are safe. So we’ll be seeing suppliers doing such tests in advance of such questions to prove to customers that they won’t run into problems down the road.”

He also expects new homopolymers and compounds without additives. “In general we’ll see a movement to reduce additives overall [while still] hitting a certain specification profile,” he said. “We’ll also see a shift from phthalate to citrate plasticizers.” For instance, “tubing manufacturers would previously use additives to hit a specification. But now they will have to do so without additives by working with just the polymers themselves.”

He also anticipates new 3D-printable materials developed with medical devices in mind. “These don’t even have names yet—they are that new,” he said.

The MDR deadline is rapidly approaching, so companies must develop a strategy toward compliance. “2020 is coming pretty quickly,” he said. “Some companies are coming to us saying, ‘We have 300 devices on the market and need to test them all.’ Instead, their strategies could include grouping products in families as much as possible and determining how many tests can be done at the same time. Also, if we can only test 60 products, companies may pull the rest from the market depending upon the revenue associated with the products compared to the cost of bringing them into compliance.”

Some are hoping that “the regulatory system will be so stressed that companies will be granted an extension,” Jorgensen said. “Based on what I see now, it would be pretty harsh not to be given an extension, so I am hopeful that it happens. But the landscape is changing, so all bets are off.”