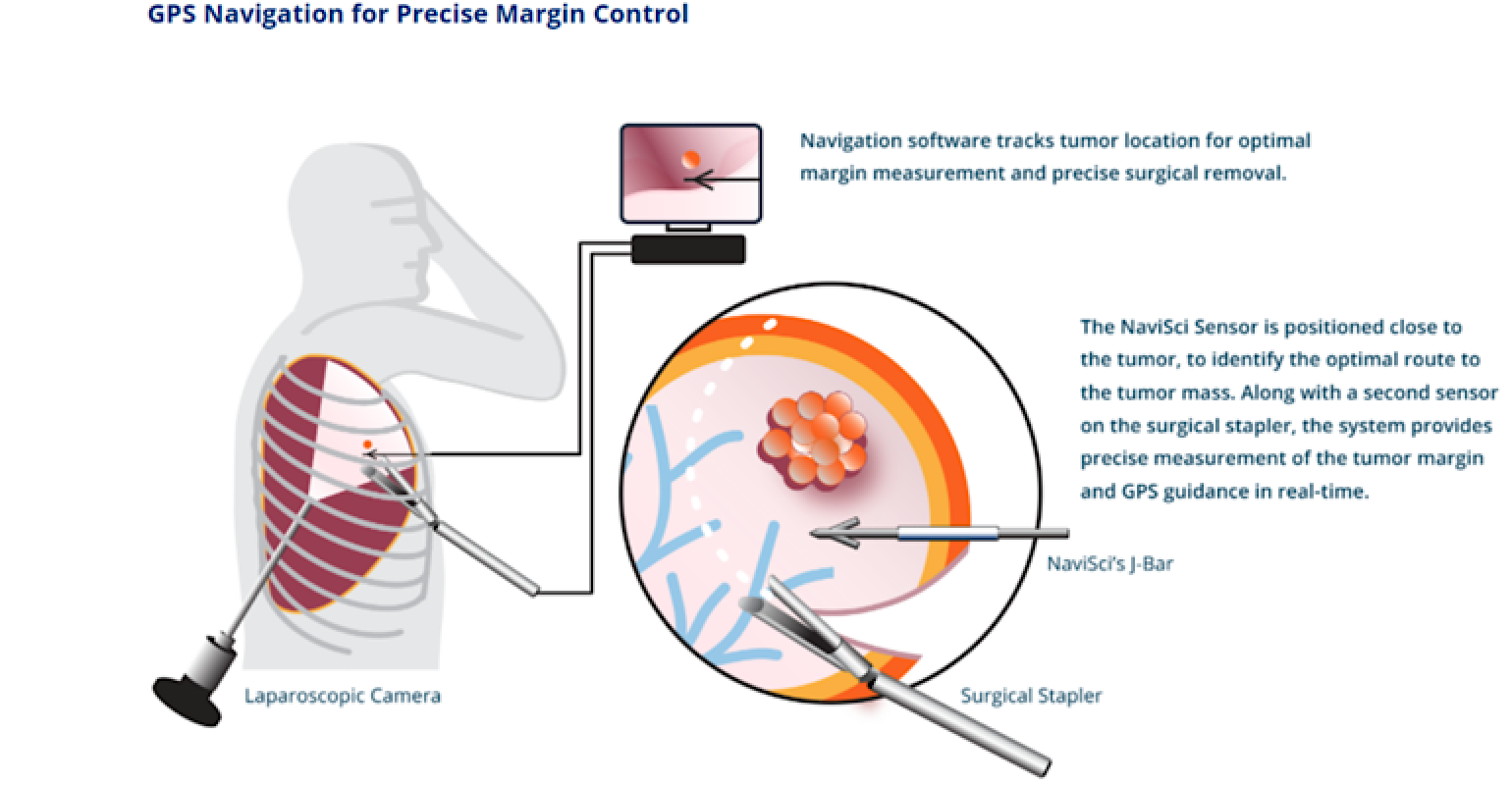 Navigation Sciences begins feasibility study of a system that uses augmented reality for the tissue-conserving removal of early-stage lung tumors.

Navigation Sciences has begun a first-in-human feasibility study of a system that uses augmented reality for the tissue-conserving removal of early-stage lung tumors. Earlier this month, the Brookline, MA-based company treated the first patient in the “Navigated Resection of Lung Nodules,” with the NaviSci system.

The company said the Intelligent Surgery System, which integrates Augmented Reality and advanced software with surgical instruments, is designed to provide real-time measurement of surgical margins that are critical to reducing the risk of cancer recurrence and conserving lung function.

“[This] study is going to help us standardize how the margin is measured in pathology,” Rapheal Bueno, co-founder of Navigation Sciences and chief of Thoracic Surgery at Brigham and Women’s Hospital, told MD+DI. “Right now, the pathologists measure margins in a different way.”

The study will evaluate NaviSci’s safety and ability to measure surgical margins in real time in 25 patients undergoing lung surgery, as well as evaluate the system’s potential to integrate and improve the surgical workflow. The study is being conducted at Brigham and Women’s Hospital in Boston.

“The key endpoint to the trial relates to the measurement study,” Alan Lucas, co-founder and CEO of Navigation Sciences told MD+DI. Both what we measure intraoperatively as well as what is measured in the pathology lab.”

He added, “we think we’ll have the study completed in three to four months. From the company standpoint we’ve raised the capital needed to complete the study.  Then we’ll continue our product development and work once that’s completed to then file a 510(k) sometime in the mid-2022 timeframe.”

The company will have a fairly large market to operate in if the technology is able to win a nod from FDA.

There are more than 225,000 new cases of lung cancer diagnosed in the U.S. annually, of which more than 76,000 are early-stage tumors. The number of early-stage diagnoses is expected to grow significantly with increased adoption of CT X-ray screening and favorable reimbursement coverage. The growth is likely to be driven in part by a recent recommendation by the U.S. Preventative Services Task Force that the annual screening population be more than doubled, from 6.4 million to 14.5 million people.