Home>Technologies
Recent
Cue Closes on $235M Private Placement to Accelerate Growth
May 14, 2021
Your Phone or Smart Watch May be Messing up Your Pacemaker
May 14, 2021
Medtech in a Minute: Medtronic for the Win, and More
May 14, 2021
Tangible Solutions Expands to Meet 3D Printing Production Demands and More Supplier News
May 14, 2021 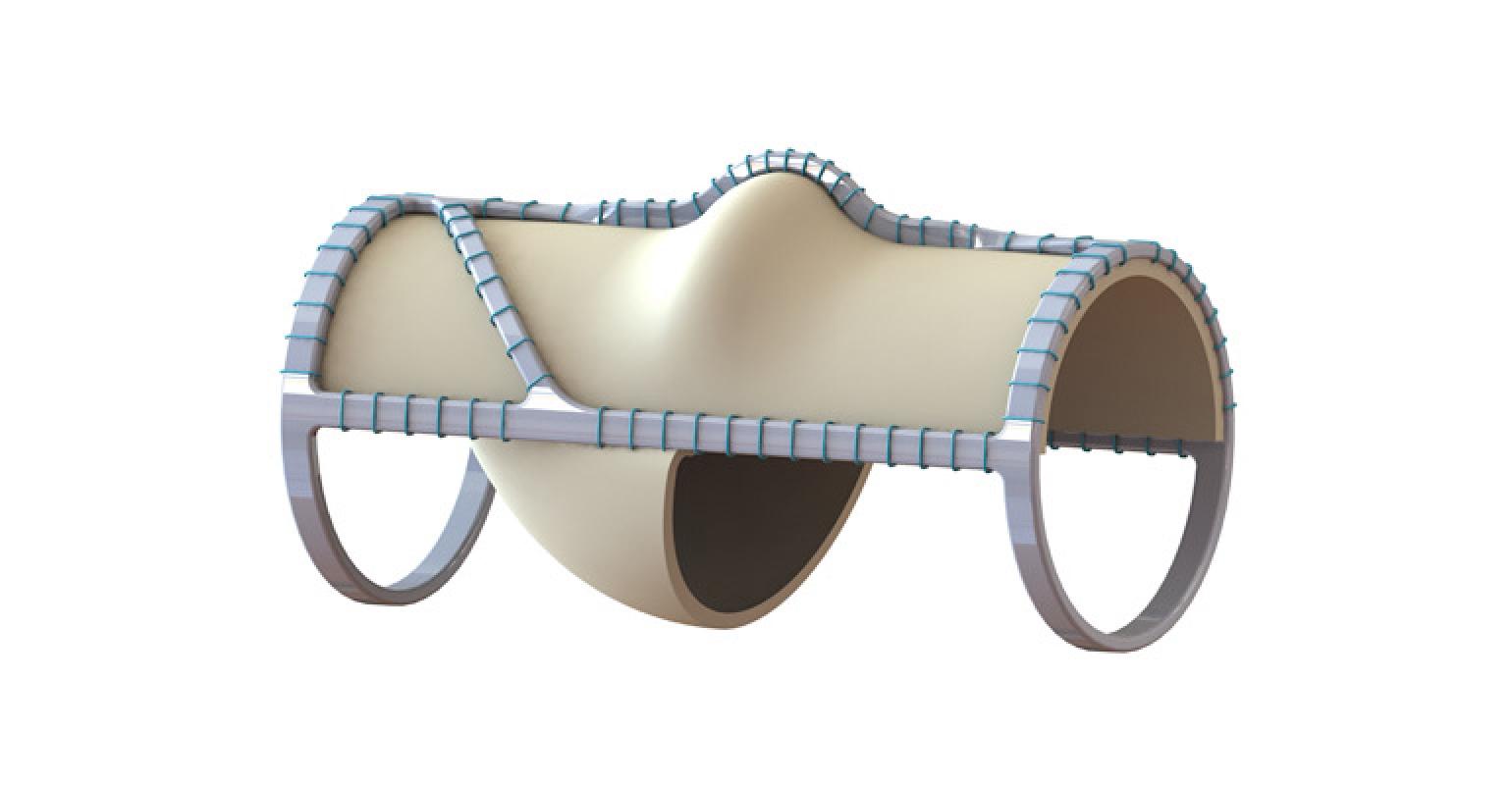 The Irvine, CA-based company has raised $41 million in a public offering to fund a pivotal trial for the VenoValve.

Hancock Jaffe Laboratories has raised $41 million in a public offering to fund a pivotal trial for its VenoValve device. The Irvine, CA-based company’s VenoValve is a porcine-based device for the treatment of lower limb Chronic Venous Insufficiency (CVI) of the deep vein system.

CVI is a debilitating condition that occurs when valves inside the veins of the leg fail, causing blood to flow in the wrong direction (reflux) and venous hypertension. This results in leg swelling, pain, open sores (venous ulcers), and reduced mobility for patients.

“Our premise going in was that if you just have one working valve, you can decrease enough of the venous hyper-tension to provide relief for the patient,” Hancock Jaffe CEO Robert Berman told MD+DI.

The company recently finished what it is calling a phenomenal first-in-human trial, treating 11 patients in Bogota, Columbia. For the eleven patients in the first-in-human study, reflux (the backward flow of blood) improved an average of 54%, disease manifestations as measured by a venous clinical severity score ("VCSS") improved 56%, and pain, as measured on a visual analog scale ("VAS"), improved 76%, all at one-year post VenoValve surgery when compared to pre-surgery levels.

Safety for all patients was assessed throughout the one-year study.  Interim results from the study were recently published online in the Journal of Vascular Surgery.

“We ran it like a dress rehearsal for the pivotal trial,” Berman said. “So in addition to safety  … we had endpoints and secondary endpoints. The results were phenomenal – almost off the charts.”

“We proposed a 75-person pivotal study,” he said. “And what [FDA] said to us was, if your clinical data looks as good as your [first-in-human] data, we don’t have a problem with you being PMA eligible after six months. That’s pretty unheard of for medical devices particularly first-in-class level 3 devices.”

The company will have 15 to 20 sites for the study. Berman admits this is a large number of sites for such a small study but notes this is necessary because of the looming threat of COVID-19 and the need to quickly roll out the product should it garner approval.

“If one part of the country is having a real COVID-19 problem, we want to have enough sites all around the country to keep the study going,” Berman said. “And if things go well like they did in the [first-in-human] trial, we’re going to have a relatively short window. These sites in your study become your centers of excellence when you roll out your product.”

Hancock Jaffe Laboratories went public about three years ago. He noted that the company was now at a point when it could gain significant momentum. He pointed this as one of the main reasons it was able to raise funding.

“The reason why we were able to raise the money we have is because we have very good early clinical results and this is not a long-term play anymore to five years until we get this product to market,” Berman said. “We’re finally on the eve of the trial and it’s going be a relatively short trial.”