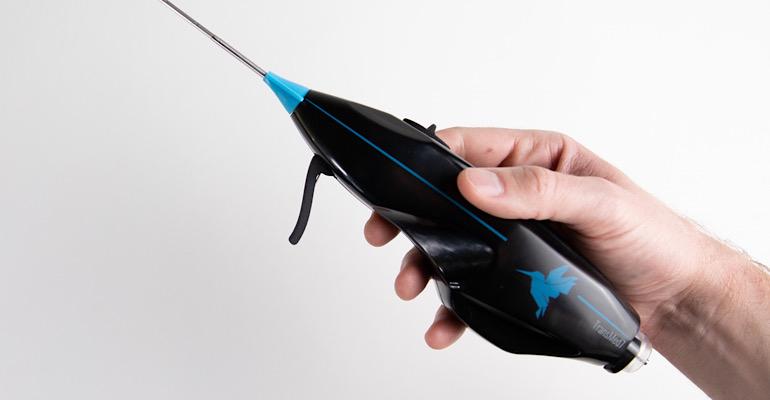 TransMed7 is breaking down the walls of traditional biopsy device concepts with three new technologies.

TransMed7 will soon hit the market with its SpeedBird and Concorde breast and Heron prostate biopsy instruments that employ forward-coring and forward- and side-coring technologies. These features enable more precise tissue retrieval and less trauma for the patient.

The devices could make a tremendous impact in a sector of medtech that has remained the same for years.

Not much has changed in the world of biopsy devices since the 1960s, said TransMed7’s CEO, Gene Vetter told MD+DI. He explained that the biopsy devices all work roughly the same way. “It's effectively taking a tube, like a hypo tube, and then cutting a trough in the side of it, close to the end, and that would be where they put a very sharp tip on the end.  The physician makes a skin nick and then they push this device through and the sharp tip slices its way towards a target suspect lesion.” 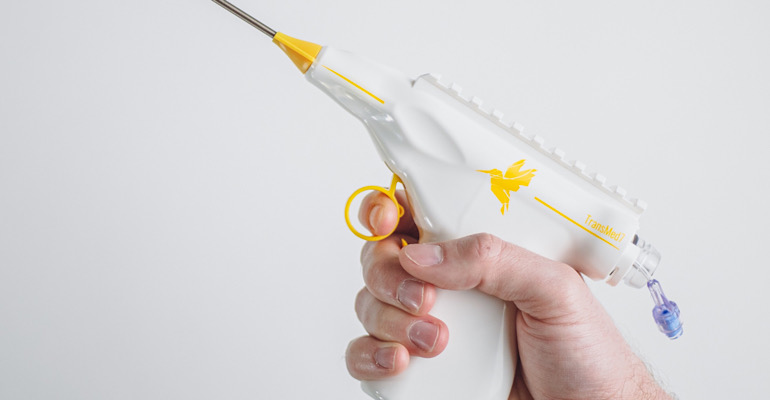 The trough is where the tissue is collected; another tube then slides over it and whatever has been harvested in the trough is sliced off, he said. These devices, for the most part, are single-insertion, single-sample units, Vetter added. “This means that every time you want to sample, you have to take the device out of the body, take the sample out, get it ready to go again, and then you stick the patient once again, slicing your way from the skin nick, maybe not even down the same path to the lesion, or maybe you want to get the other side of the lesion,” he said.

This can cause the patient a lot of tissue damage and pain if a physician needs to take multiple samples, Vetter said. “And when you're slicing your way into a patient over and over again, then that means the healing time goes way up, post-operation,” he explained.

He stated that 55% of the devices used for women for breast biopsies, and nearly 100% of devices used for men’s prostate biopsies are single-insertion, single-sample instruments. “I think that's just barbaric,” he remarked. “And in fact, all of us at TransMed7 thought that there must be a better way to do biopsies for the good of patients in general.”

And this was the impetus for TransMed7 to come up with an entirely new mechanism for its SpeedBird, Concorde and Heron devices.  “We just didn't even look at the existing biopsy instruments out there. We just designed from the start knowing that we needed to overcome all these existing limitations and that’s what we did,” Vetter said. “We broke the code. We figured out how to take a very thin-wall hypodermic tube, and be able to cut, using lasers, an articulable beak pattern into the end of the tube.”

Once the tissue has been cored, the beaks on the end of the tube come together and close. They then separate the tissue sample from the host tissue and transport it to a collection magazine.  All TransMed7 devices can take multiple samples with a single insertion and beaks are designed and patented to gently push the tissue aside and get from the skin to the lesion without cutting through blood vessels or nerves or other tissue, Vetter explained.

The needles on the devices rotate, making them much more efficient for tissue penetration and coring, and far easier to see on ultrasound than on previous biopsy instruments.

The SpeedBird devices use Zero5 technology forward coring point-and-core and the Concorde devices use Zero5+ technology combined forward and side-coring mechanisms. This forward-coring technology is important because, as Vetter said, it is much easier to aim directly at what is being cored for extreme accuracy. 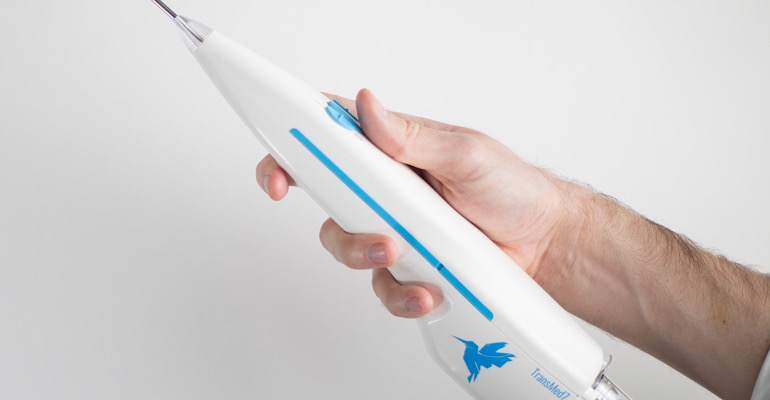 “It's vitally important to not miss the lesion to be able to accurately get what you aimed at first time, every time without any excuses whatsoever,” Vetter explained. “You've got to capture the markers and the genomic information from that specific cancer to get to the pathologist after doing the biopsies.  This enables the therapy team to match the new very specific and powerful drugs to that cancer to fight it efficiently.”