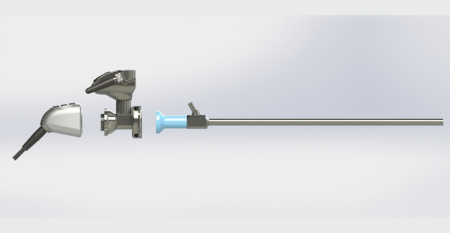 Investors Are Lining up to Back This Digital Surgery Startup
Sep 30, 2021
2021 continues to be a critical year for a company trying to democratize surgical care at the global level.

Medtech in a Minute: Can't We All Just Get Along?
Sep 17, 2021
It was a busy news week in medtech. Here's what you need to know to bring you up to speed quickly.

They Dropped Out of Harvard, Now Their Digital Therapeutics Company is Backed by Sesame Street
Sep 16, 2021
Luminopia has already landed huge partnership deals for its digital therapeutic technology, including an...

5 Things You Can Do Now to Future-Proof Your Medtech Business
Aug 12, 2020
Based on insights from a Deloitte research report, these five tips will help you address four types of risk that medtech...

Does VR Training Really Improve Surgical Proficiency?
Aug 10, 2020
A newly published study examines surgical proficiency in orthopedic procedures with and without VR training. The results may...

Head Mounted Displays Could Help People Overcome Glaucoma Challenges
Mar 17, 2020
About 22 participants took part in the study and wore an HMD while performing various tasks in either virtual or augmented reality.

Augmenting the Spine Surgeon’s Reality
Dec 26, 2019
Augmedics has received a nod from FDA for the xvision Spine system. The Chicago, IL-based company's technology is an augmented reality guidance system to be used in spine surgery.

Vicarious Spices up Surgical Robotics with Virtual Reality
Dec 04, 2019
The Boston-based company has been granted breakthrough device designation from FDA and it has tapped former Verb Surgical CEO Scott Huennekens to be on its board.
Load More