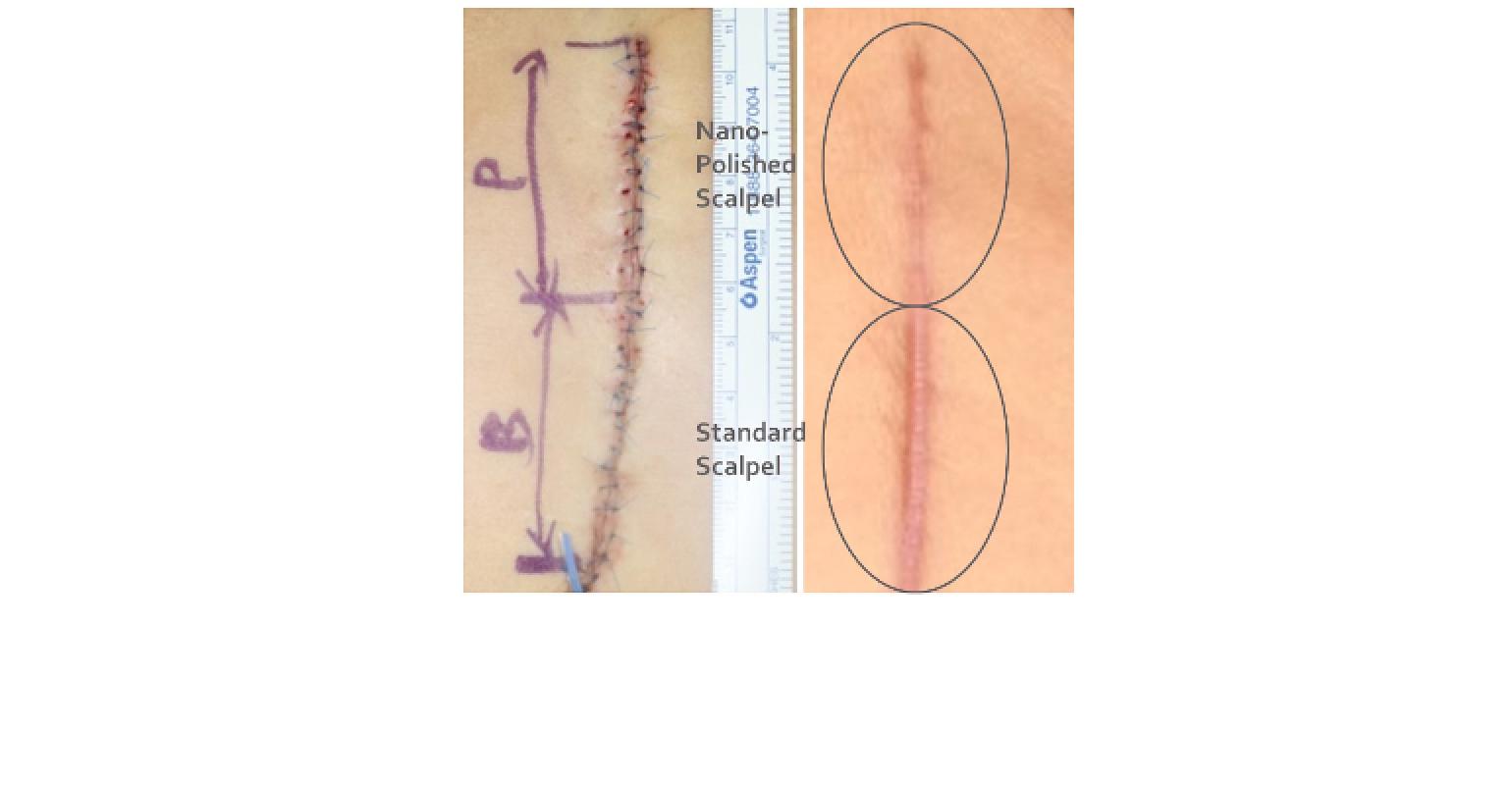 Comparison of abdominoplasty using a standard scalpel and a nanopolished scalpel.
Using a process that has been around in the semiconductor industry for decades, Entrepix Medical has developed a way it hopes will make surgical blades more effective for both surgeons and patients.

Scalpel surfaces normally have some defects that come from the grinding process, which means there are always some naturally occurring flaws in their edges. “According to our studies, those flaws are clinically important,” said Cliff Spiro, Chief Technology Officer at Entrepix Medical, in an interview with MD+DI.  “What happens is, when you get these scratches on the surface of the scalpel, those scratches are pretty ragged microscopically, and as a surgeon makes an incision, those scratches act like hooks,” he explained.

“They do a lot of unnecessary damage at the wound,” Spiro continued. “And it causes damage remote from the incision. So normally if your incision is about 50 microns wide, there's actually a wake of damage some 400 microns on either side. So, the wound ends up being about 10 times wider than it needs to be.”

In his last position at a semiconductor company, Spiro began to wonder if a technology called Chemical Mechanical Planarization (CMP) could be used on other products besides computer chips. Spiro described CMP as softening a surface and then removing the softened outer layer with a mechanical polishing pad. He likened it to how a Zamboni works on an ice rink. “You just kind of soften up the surface, and then, with a special polishing pad, leave behind a perfect finish,” he said.

He contacted a leading surgeon at the University of Chicago and asked him if using a better scalpel would make any difference. “He said he thought it might, so we agreed to do some experiments with guinea pigs,” Spiro said. Their experiments found that wounds were closing 10 times faster when using a scalpel that had been processed with CMP.

Spiro then co-founded Entrepix Medical to develop its CMP-based Planatome technology for scalpels. He explained that CMP doesn’t change the size, shape, or composition of the scalpel. “All we're doing is removing the very outer layer of flaws,” he said. “We take away that topography, we take away that edge that tears, and we’re left with a near-atomically perfect cutting edge. And so, the wound is smaller, and there’s no wake of damage.”

Entrepix Medical cites multiple studies that have shown wound-closure rates from a Planatome incision at over 90% after just 24 hours, which is a dramatic improvement over the 10% achieved with traditional scalpels. There is also less swelling and a considerable reduction in scarring, both in size and variation.

Another study showed that nerves incised with a Planatome blade showed a 25% recovery at five weeks, while a nerve cut with a standard scalpel showed only a 9% recovery.

Besides causing less trauma and pain and promoting faster healing for patients, near-atomically perfect cutting-edge tools benefit surgeons as well. “We think that the ragged blade that they're using today accumulates tissues and debris, so it stops cutting,” he said.

Spiro cited the case of one surgeon performing a multi-hour procedure that normally would go through a couple of dozen blades. “He only used one [Planatome blade] the entire time,” Spiro said, noting that the surgeon was able to shave a half-hour's time from the surgery.

“It's just a perfect little edge and it just doesn't drag or rip. There will be less bleeding,” Spiro continued. “That's something we've seen in a number of cases. That can mean less cautery and when a surgeon needs to cauterize, that means taking on another tool, stopping, pausing, restarting--all that takes time.” 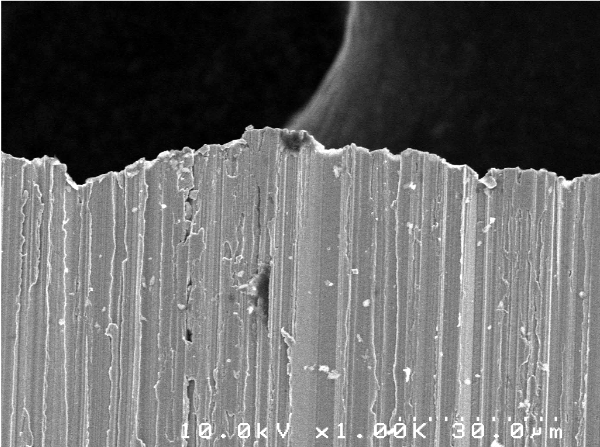 Above: Side view of a standard scalpel. 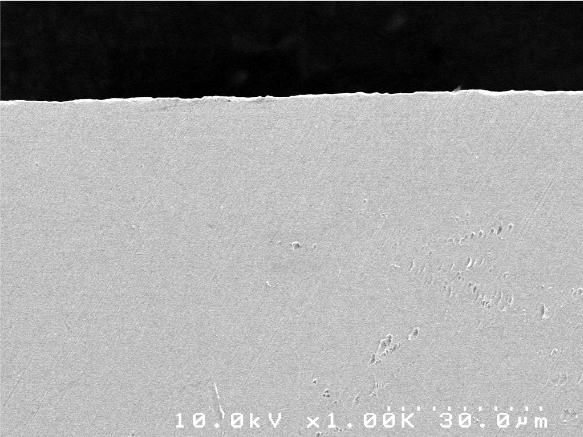 Above: Side view of a scalpel after the Planatome process.

Spiro concluded by saying that Entrepix Medical has always focused on improved patient results, but they have also gotten great feedback from surgeons about the durability and the utility of the blades. “It definitely is something that surgeons are realizing to be unique that will focus on [patient] outcomes.”

Entrepix Medical buys bulk scalpels from leading vendors and applies its Planatome technology to them. The scalpels are then sterilized and packaged and sold under the Planatome name, in blade sizes of #10, #11, #15, and #15c. The company is initially launching into the plastic surgery and dermatology markets.