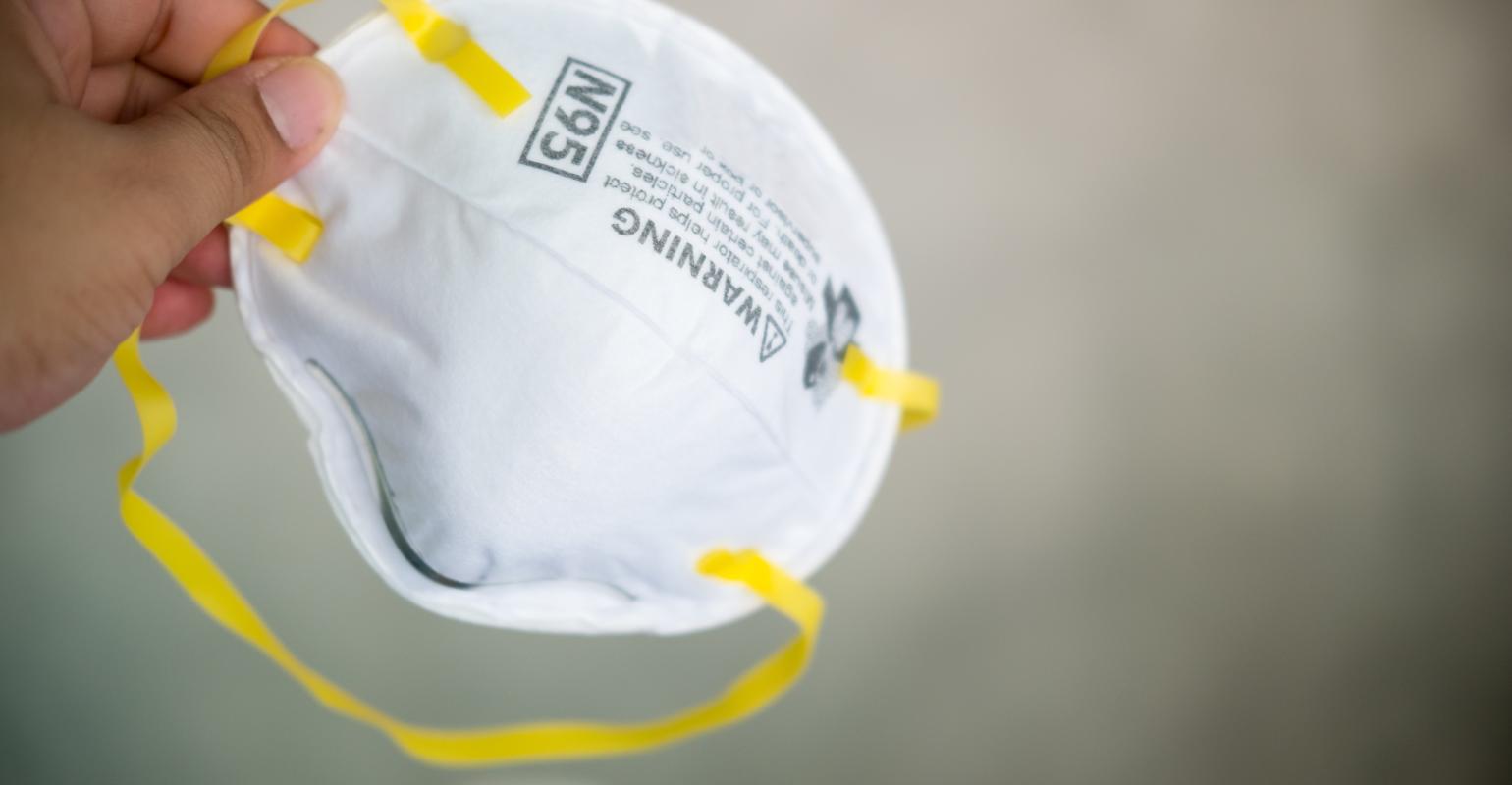 The need to protect clinicians has driven efforts to identify safe ways to re-use disposable respirators.

As the severity of the COVID-19 pandemic began making itself apparent to the healthcare industry, sterilization expert Amit Gupta began getting phone calls from concerned clinician friends.

“I have a number of friends who are doctors who work in hospitals,” Gupta, the director of engineering at Billerica, MA-based Consolidated Sterilizer Systems, said. “And, as mask supply started entering the forefront of thoughts of healthcare workers, some of my friends started reaching out to me, asking if they could sterilize the masks.

“I started researching it as 'Help a friend out' thing, then I realized it was more of a widespread problem and was becoming national news. So we decided as a company to spend a little more time and resources and develop it more into a resource people could leverage and read about.”

As the magnitude of the shortage of N95 respirators became more widely known, Gupta said he and his colleagues decided to widen their effort to provide information on what worked and what didn't in sterilizing masks meant to be disposable beyond their own steam autoclave technology. The company's blog includes posts on several mask de-contamination methods and safety practices.

“We decided to focus not just on steam sterilization, but all the different methodologies people might have available to them, and address it as a public safety FYI instead of an 'our technology' FYI.”

The severity of the shortage of N95 masks has been illustrated through episodes such as the spy novel-worthy travails Andrew Artenstein, M.D., chief physician executive of Springfield, MA-based Baystate Health outlined in an April 17 letter to the New England Journal of Medicine. After convincing FBI agents he was not a black marketeer, Artenstein's letter said, he needed to contact federal legislators to stop the Department of Homeland Security from re-directing the masks Baystate executives moved heaven and earth to obtain.

So it might have come as no surprise that health systems desperate to provide adequate protection to their front-line clinicians would explore ways to safely re-use disposable respirators. Gupta said ConSteril began publishing its series of informational blog posts before FDA issued its March 28 Emergency Use Authorization to the Battelle Institute clearing its system for decontaminating respirators. The reason why, he said, is there are many hospitals and health systems too far away from Battelle installations—they need to improvise to the best of their ability with what they have on hand.

And, though FDA has issued more EUAs as the PPE shortage has endured, the Centers for Disease Control and Prevention and its National Institute for Occupational Safety and Health are giving the decontamination procedures at best a lukewarm blessing: “CDC and NIOSH do not recommend that FFRs (filtering facepiece respirators) be decontaminated and then reused as standard care,” the agency said on its related web page. “This practice would be inconsistent with their approved use, but we understand in times of crisis, this option may need to be considered when FFR shortages exist.”

This is Their Way to Contribute

With a dearth of emergency information available on extending the use of respirators, N95Decon.org, an ad hoc group of academics, clinicians, and engineers serving as an informal clearing house for information and protocols around decontamination systems has formed and quickly become a “go-to” resource (the CDC, for example, links to the group on its mask re-use page).

David Rempel, M.D., professor emeritus of medicine at the University of California-San Francisco is a member of the group (as is ConSteril's Gupta).

“They are not at work, they are not teaching, they are not in the lab, they have time on their hands and they want to do something, so this is their way to contribute,” Rempel said of his colleagues in the group. He said the group meets as a whole three times a week via teleconference; subgroups focusing on specific decontamination technologies and communications meet separately.

Above from left: Amit Gupta, director of engineering at Billerica, MA-based Consolidated Sterilizer Systems; and David Rempel, M.D., professor emeritus of medicine at the University of California-San Francisco. Images courtesy of N95Decon.org.

“They are focused on updating current documents and bringing on new documents we think will be useful for hospitals and healthcare workers,” Rempel said.

The web site features real-world protocols on methods such as using ionized and vaporized hydrogen peroxide and ultraviolet light, implemented by health systems including Massachusetts General Hospital, Duke University and Health System, Nebraska Medicine, and University of Iowa Healthcare, as well as technical documents prepared by the group.

Rempel said the group did not have to start from scratch in creating emergency decontamination resources. The federal government had either conducted or sponsored research during past epidemics for just such a worst-case scenario as COVID-19 appears to have brought, and that served as starting point—“That was what we relied on, and it was excellent research.”

Though N95Decon has contributed a significant amount of literature to anyone looking for the most authoritative information available, Rempel said he does not expect mask re-use to become routine, and that is fine with him.

“I don't think that what we're doing will have any legs in the long run,” he said. “It shouldn't. So that in the long run we'll have an adequate number of surgical and N95 masks for regular use and for future pandemics, and no one will have to come back to this. On the other hand, we are learning there are other ways to protect healthcare workers like elastomeric ventilators and PAPRs (powered air-purifying respirators) that should probably be used more extensively in the future. I think we're learning that.”

Gupta concurs with Rempel that health systems will not turn to routine decontamination and re-use of masks, but that, should another emergency situation arise, there will be ample information on every aspect of augmenting mask supply.

“I don't think people will start stockpiling locally because the masks do have an expiration date,” he said, “so I don't think creating a local reserve of tens of millions of masks is a good idea, nor is it feasible, unfortunately. But we are now learning methodologies for re-use, so if this happens again, health systems are learning what responses they should take to stymie a shortage right from the get-go.”