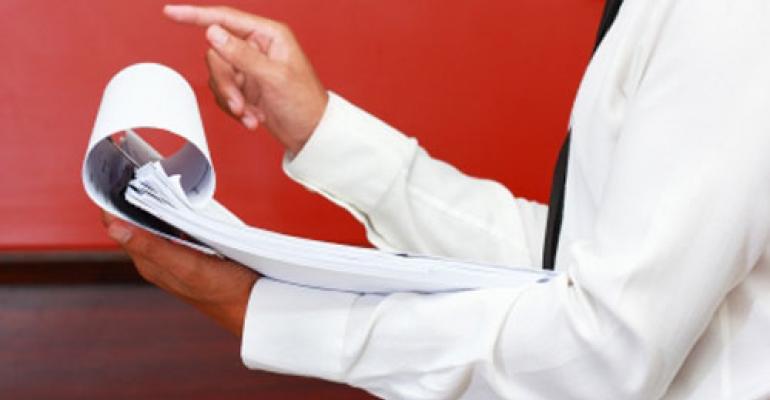 Ethylene oxide (EtO) was discovered in the late 1850s and first used as a sterilant in the 1940s. Once a go-to sterilization process, its popularity began to wane due to environmental and toxicological concerns. Improvements in EtO process technology combined with revised residual limits have kept this sterilization process at the forefront of sterilization choices for manufacturers. The compatibility of EtO with a wide range of materials and its chemical molecule penetration properties in a less aggressive sterilization environment compared with alternative methods make EtO sterilization a continued viable option for the majority of heat-, moisture-, or radiation-sensitive medical products.

The ISO 11135 standard has provided manufacturers and healthcare facilities with an outline for the establishment and validation of an EtO sterilization process for more than two decades. ISO 11135:2014 was published in July 2014 to replace ISO 11135-1:2007 and ISO/TS 11135-2:2008 with a 36-month transition period. This article takes a first look at some of the changes in the newly released ISO 11135:2014 version. It is not meant as a comprehensive review but to highlight some of the more significant or interesting changes.

Normative references are largely unchanged. References to the biocompatibility standard, ISO 10993-1, have been deleted. New terms and definitions have been added to the standard, which were previously common practice but undefined. New terms include virgin material (material that has not been previously used or subjected to processing other than for its original production), sterilization specialist (a person with technical knowledge of the sterilization technology being used and its effects upon materials and microorganisms), and processing category (a collection of different product or product families that can be sterilized together). Internal and external process challenge devices are also defined and differentiated according to past-accepted practice.

Many individual sections, such as product definition, process definition, and validation, have newly defined purposes to provide clarification for manufacturers. However, several purpose statements are merely clarification; manufacturers will need to closely review their practices and procedures to ensure alignment with the revised standard.

Similarly, embedded within the new purpose section for validation, is a requirement to have procedures and protocols approved prior to commencing testing. While concept should not be new to manufacturers complying with ISO 13485 (i.e., a requirement for planned acceptance activities), this may be new for manufacturers that have become used to developing these documentation sets concurrently with testing.

Requirements have been added to clearly state that when a healthcare facility contracts out the sterilization of reusable medical devices, it is responsible for validation and release of the sterilized product.

Manufacturers must now characterize the sterilizing agent in terms of its microbial effectiveness and identify factors that influence that effectiveness, assess the effects of exposure to the sterilizing agent, and identify requirements for the safety of personnel as well as protection of the environment. While this seems a tall order, it is likely to be a paper exercise for most manufacturers unless a new unique EtO mixture is used.

A current material safety data sheet (MSDS) or equivalent safety information regarding the sterilant and any diluents is now required to be maintained. While this seems like a remote precaution for manufacturers that are not physically associated with the sterilization process, manufacturers should establish this document-keeping practice until there is further clarification of this requirement because there are still trace amounts of EtO on product returned from processing.

Looked at collectively, the revisions to the product definition and process definition emphasize greater manufacturer awareness and planning in the design of the device to support EtO sterilization.

Interesting to note is the new standard’s explicit prohibition of the sole use of chemical indicators to demonstrate that the required sterility assurance level was achieved. As in the previous version, chemical indicators also cannot be used as the sole means of establishing the sterilization process. The revised standard emphasizes the need and requirement for reliance on appropriate process controls and product controls, as defined by the manufacturer, rather than a single visual cue at the end of the cycle.

Minor changes in wording have been made to many sections for clarification or simplification. As an example, equipment characterization remains largely unchanged, with minor rewording forming the bulk of the updates.

For process characterization, the minimum information has been more clearly specified, including a requirement to document the cycle phases and parameters. While the need to document has been more clearly specified, the characterization of the cycle, now called "process variables," allows for more flexibility in the cycle by not being as prescriptive. As an example, in the previous version of the standard characterization of the cycle read "shall include" followed by a prescriptive list of air removal, conditioning, EtO injection, exposure time, removal, flushing, and inert gas/air administration. In the revised standard the language has been softened and reduced to read "process variables for the sterilization cycle include: exposure time, temperature, humidity, EtO concentration, and pressure." This is a recognition of the variety of EtO cycles that have evolved over the years away from the standard cycle of years past.

Some changes have reduced requirements, such as section 7.3.2, which removed some requirements for reuseable device bioburden (e.g., organic or inorganic contamination).

Some revisions appear to be significant changes, such as the addition of biological indicators used in performance qualifications to be compliant with ISO 11138-1/2; however, the same requirement was found in other parts of the 2007 version (e.g., 8.6), so overall it is only a relocation of where the requirements are in the standard and should result in minimal impact on manufacturers.

Many changes incorporate current common practices as requirements in the revised standard. Load configurations will need to be designed to allow removal of air and penetration of heat, humidity, and EtO during the sterilization process and to allow removal of EtO at the end. While this was considered in the past, it was not specifically required. This will definitely need to be taken into consideration when adopting products into an existing cycle. There is also a direct reference to AAMI TIR 28 in the standard for adoption and equivalency.

The annexes have been reorganized and in some cases simplified. Annex A, for example, now refers to AAMI TIR 16 and ISO 14161 instead of including the details for determination of lethality. Annex B, for the overkill approach, is essentially the same, while the guidance in the former Annex C is now split between a new Annex C and Annex D. Annex C lists the guidance for the quantities of sensors and biological indicators, while Annex D provides overall guidance and integrates guidance from the former ISO/TS 11135-2. For the first time, requirements for a single lot release are defined in the new Annex E.

The European Economic Area is expected to harmonize the new version as EN ISO 11135, but based on recent experience with ISO 14971, manufacturers will need to pay attention to see if any deviations or exceptions are added. The transition date they assign may also vary from the default 36 months allocated by ISO.

Manufacturers must be in control of their sterilization processes; therefore they must take ownership by performing a gap analysis between the previous version of the standard (2007) and the revised standard (2014), and evaluate the impact on their current sterilization program. A side-by-side comparison of each element of the standard(s) is recommended. This can take the form of a table or other easy-to-compare format. The results of the gap analysis should form the basis of the quality plan and be used as a guide to ensure a smooth transition.

Manufactures should plan for a review of their procedures to align nomenclature and wording used in the revised standard. They should also update their procedures to align with these new definitions and terms to ensure clear conformity assessment with the standard. Additionally, the functional requirements of the revised standard (e.g., revised product definition requirements) will need to be incorporated into the manufacturer's quality system.

Rebecca K. Pine is an independant consultant. Reach her at [email protected]

Mark Roberts is founder of Roberts Consulting & Engineering. Email him at [email protected]