FDA Acknowledges Shortage of Breathing Tubes Due to Sterilization Shutdown 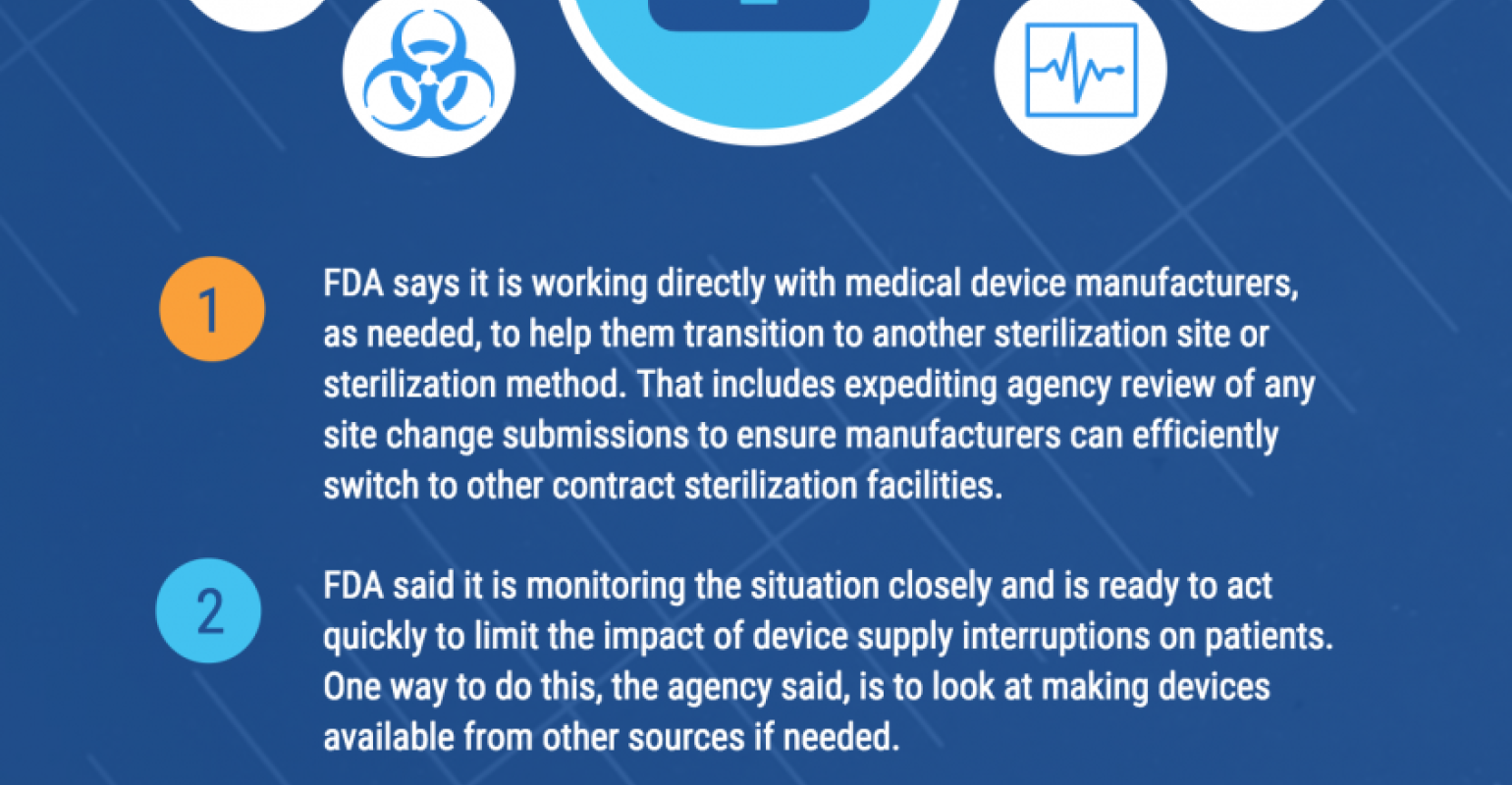 In light of recent shutdowns of two contract sterilization facilities over environmental concerns, FDA said it is exploring ways to ensure sterilization processes are safe and effective and evolving with the current science.
Roughly 28,000 new Bivona tracheostomy tubes manufactured by Smiths Medical are currently awaiting sterilization.

FDA acknowledged on Friday that there is a temporary shortage of a type of tracheostomy tube manufactured by Smiths Medical, a device that many high-risk kids and some adults depend on to help them breathe.

As MD+DI reported on April 9, the shortage of the Bivona trach tubes is the direct result of a sterilization plant in Illinois being shut down. At that time, FDA had not yet commented on this shortage, although the agency had warned of potential shortages due to the closure and the planned closure of a similar facility in Michigan.

Smiths Medical previously sent the tracheostomy tubes to Sterigenics' Willowbrook, IL facility for ethylene oxide (EtO) sterilization, but the Illinois EPA recently issued a seal order at that facility after finding dangerously high levels of the gas in the air around the facility. Viant Medical, another contract sterilizer, also plans to close its EtO sterilization facility in Grand Rapids, MI after receiving attention from the Michigan Department of Environmental Quality for air quality issues.

According to Smiths Medical, Bivona tubes can be cleaned and sanitized at home for up to 10 re-insertions for adult sizes or up to five times for neonatal and pediatric sizes.

"I want to assure you that the FDA is working closely with the company to quickly resolve their sterilization challenges and bring these critical devices to the patients who need them as quickly as possible, which we anticipate will be made available again beginning the week of April 22," said Jeff Shuren, MD, director of FDA's Center for Devices and Radiological Health.

"We recognize the challenges this shortage imposes for these pediatric patients who need access to new tubes now, and are working to limit the impact to patients as much as possible by helping the company quickly move their sterilization to another facility," he said.

Smiths Medical is still manufacturing the devices as normal and the company has already started to use an alternative facility to sterilize their devices. According to Shuren's statement, there are roughly 28,000 new Bivona tracheostomy tubes currently awaiting sterilization.

"We are being told to use our current trachs for longer than is considered acceptable by the manufacturer's standards," Megan Molidor, whose daughter Jocelyn uses Bivona tracheostomy tubes, told MD+DI earlier this month.

FDA said it is not currently aware of any other shortages due to these closures.

Last month the agency warned of potential shortages amid the shutdown of Sterigenics' facility and the planned shutdown of Viant Medical's facility.

"As we previously noted, we’re seeking to not only limit the immediate impact of these facility closures but also to identify new and improved methods for medical device sterilization for which we will make additional announcements in the coming weeks," Shuren said in his recent statement.