St. Jude vs. Medtronic: Who's Winning the War Over Defibrillator Leads?

The gloves are off and no one's pulling any punches in the bitter battle currently underway over defibrillator leads. A study conducted by prominent cardiologist Robert Hauser and his colleagues aimed at assessing deaths associated with St. Jude Medical's recalled Riata leads and comparing the numbers to Medtronic's Quattro Secure leads served as the catalyst for the verbal assault. But the two medical device giants quickly escalated the situation, lashing out at each other in a series of public rebuttals and press releases, with each apparently looking to deliver a knockout punch to the other. As each day seemingly brings another retaliative blow, however, one has to wonder what exactly is the end game? And can anyone really emerge the victor? 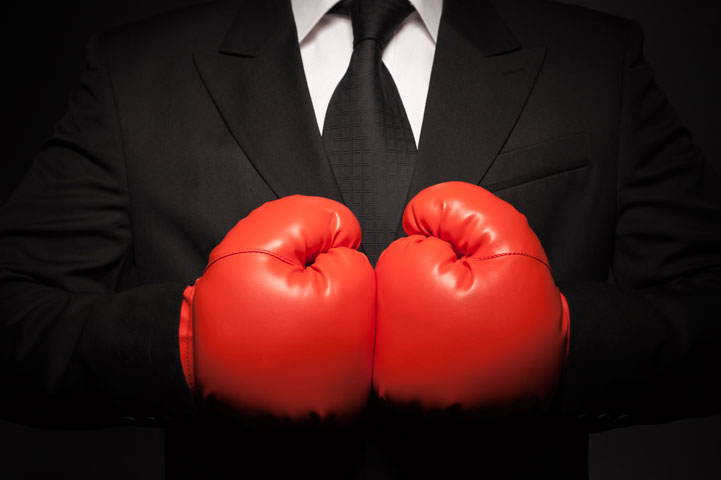 While the public mudslinging and damage control surrounding defibrillator leads has escalated in recent weeks, the controversy dates back several months. On the heels of the Riata recall in December, Hauser, the cardiologist, began actively speaking out against the risk associated with the leads via various media channels and public forums. In a perspective piece in the New England Journal of Medicine, for example, Hauser opined that the Riata situation underscores a larger problem: a flawed postmarket medical device surveillance system. In response, however, St. Jude defended its actions and addressed several of Hauser's allegations and assertions in a letter to the editor of the NEJM. This initial dispute between Hauser and St. Jude was then followed by a piece by CBS News in which Hauser featured prominently and reiterated his views on both the leads and related postmarket surveillance failings.

But the current defibrillator lead debate truly took off as a result of Hauser's and his colleagues' subsequent denunciation of the Riata leads in a study published by Heart Rhythm at the end of March titled, "Deaths Caused by the Failure of Riata and Riata ST Implantable Cardioverter-Defibrillator Leads." Using FDA's Manufacturers and User Facility Device Experience (MAUDE) database, the study examined deaths of Riata and Riata ST ICD patients and compared them with deaths of patients with Medtronic's Quattro Secure leads. Suffice it to say, the results were not favorable to St. Jude.

Last week, St. Jude issued a press release demanding a retraction of Hauser's manuscript, citing factual errors in the authors' evaluation of Medtronic's leads and accusing them of bias. Replicating the methods outlined in the manuscript, St. Jude found what it claims are a multitude of inaccuracies or flaws in methodology. The company also claims that, despite dedicating 300 hours to the endeavor, it was unable to reach the same conclusions as Hauser's team. "St. Jude Medical's independent search of the MAUDE database found 377 reports of deaths involving Quattro Secure leads, not 62 as stated by Dr. Hauser in a manuscript posted online and accepted for publication in the Heart Rhythm Journal," according to the release. "St. Jude Medical's analysis of Riata and Riata ST lead events found in the MAUDE database also indicate that Dr. Hauser did not report an additional three deaths, which would change the number from 71 in Dr. Hauser's manuscript to 74."

Among the company's additional criticisms of Hauser's study were:

This diatribe proved to be only the tip of the iceberg. Hauser stood by his team's study, according to the Minneapolis Star Tribune, while a Medtronic spokesperson commented to the paper that the debate appeared to be "nothing more than a difference of opinion between St. Jude Medical and Dr. Hauser."

However, Medtronic's role in the increasingly public spat over ICD leads quickly rose to the status of costar. An article in the New York Times noted that St. Jude executives accused Medtronic of launching a whisper campaign implying that the company's Durata lead was vulnerable to the same risks as the Riata. "This has become a topic of competitive marketing," St. Jude CEO Daniel Starks told the paper. "We have competitors going to physicians and informing them, either incompletely or mistakenly, of a competitively hostile view of the facts." A Medtronic spokesperson refuted St. Jude's claims in the article, adding, "They have been very contentious."

And if this back-and-forth wasn't enough, this week brought a fresh wave of accusations, denials, and press releases. Kicking off the week was Medtronic, which announced that it supported and validated Hauser's initial findings based on his stated methodology. Whether this declaration was a defensive move, an effort to rub salt in St. Jude's wounds, or a bit of both is for you to decide. Hot on the heels of Medtronic's public support, the editor of HeartRhythm publicly rejected St. Jude's request for a retraction of Hauser's contested study and stated plans to publish it in the journal's upcoming print issue. He did, however, tell the New York Times that the piece would be slightly edited "for inflection."

No doubt stinging from the rejection, St. Jude fired off yet another press release on Tuesday proclaiming that it had posted the information drawn from the MAUDE database that showed the reported 377, rather than 62, deaths associated with Medtronic's Quattro Secure lead. The company then demanded that Hauser respond whether he stands by his initial findings or not, and invited Medtronic to review the information as well.

If the previous few weeks are any indication, a rebuttal or press release from someone involved should be cropping up any day now. But when will it end? And what is this very public, very contentious snipefest really accomplishing? In the beginning, St. Jude was performing some understandable and reasonable damage control in response to some damning criticism. But the company's escalating aggression, obsession with its competitor, and rapidity of response to anything and everything over time is beginning to emit an air of desperation and pettiness. Likewise, Medtronic originally entered into the fray to defend its reputation, but appears to be taking a somewhat antagonistic tone recently. And as to St. Jude's accusations of a whisper campaign, well, right now they appear to be just that: accusations. If true, however, Medtronic would probably benefit from focusing on positive aspects of its own products rather than spreading rumors about competitors and being characterized as an opportunist. It likely isn't going to garner any esteem.

What it boils down to is that this heated lead-centered feud certainly isn't helping either company's public image and isn't benefiting clinicians or patients, either. "I can't recall seeing a more contentious and open dispute between medical device companies in my 19 years working in this field," Edward Schloss, director of cardiac electrophysiology at the Christ Hospital in Cincinnati, told MassDevice. It's time to dial it back, get a grip, and declare a truce. So, who will lead that effort? --Shana Leonard