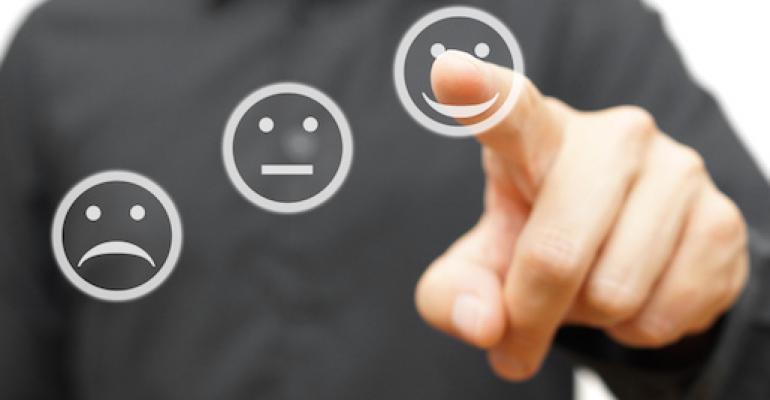 One of the biggest stumbling blocks in patient care is that devices in hospitals don't talk to each other, and don't integrate into a patient's electronic medical record. Some believe that the lack of interoperability is very costly to the system. In fact, one estimate exists that an interoperable healthcare system would save more than $30 billion annually.

Now, doctors and other users of electronic health records are reporting their satisfactions on using these software systems based on a range of metrics — nine to be exact —  including device interoperability. The 2015 EHR Satisfaction Survey commissioned by Healthcare IT News finds that when it comes to interoperability with devices, clinical and billing systems Epic ranks the first in terms of satisfaction ahead of NexGen and Cerner.

The infographic below highlights some of the results based on a survey of nearly 400 users of EHRs. For an individual report card on each of the nine EHR vendors - go here. 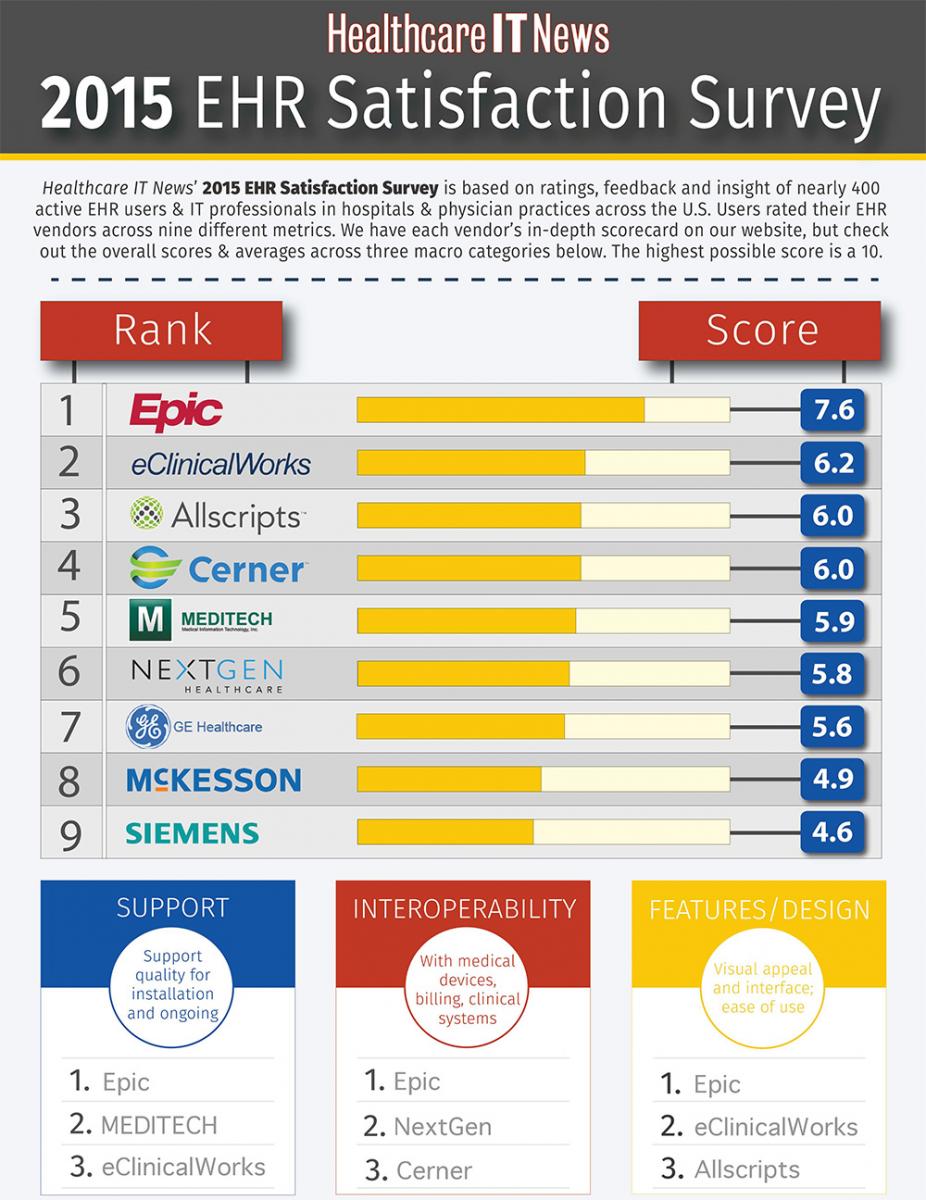