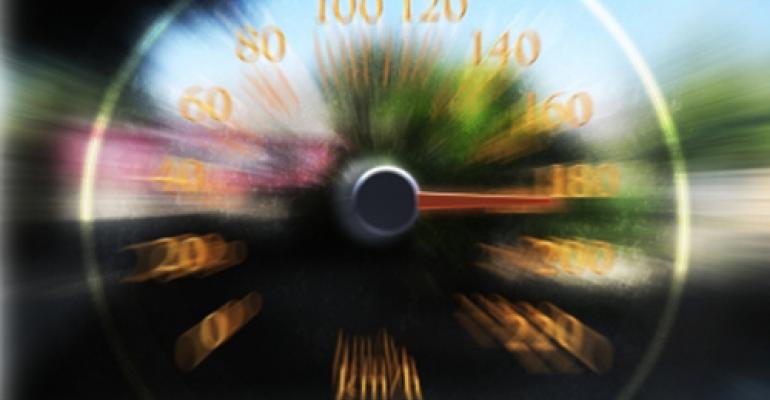 Samsung is developing a new Wi-Fi standard that promises a giant leap in speeds for connected devices.

Samsung electronics has announced it is developing a 60GHz Wi-Fi that it says is five times faster than the current standard. While existing Wi-Fi technologies enable maximum transfer speeds of 108MB per second, Samsung's new standard ups this to a whopping 575MB per second. Imagine being able to transfer a 1GB file in three seconds and being able to stream uncompressed HD video without delay or buffering. That's a lot of YouTube videos for the average user, and for medical device engineers, researchers, and patients it means devices would be able to handle a lot more data a lot faster.

Using 60GHz waves to transfer data has come with its share of challenges though. The waves don't penetrate walls and other surfaces as well as the 2.4 and 5Ghz waves currently used by most technologies, and they're susceptible to signal and data loss—all crucial especially when you're talking about sensitive medical and patient data. To overcome this, Samsung has also developed a “ wide-coverage beam-forming antenna” and new modem technologies to enhance and pick up the 60Ghz signal.
Samsung expects to release its first commercial products using the new Wi-Fi standard as early as next year and also plans to apply the technology into a variety of other products, including medical devices. The company has already begun its Digital Health Challenge, inviting startups and other companies to join it in creating next-gen wearable devices.
As devices grow in their data collection capabilities and more companies trend toward the Internet of Things and possibly toward creating an invisible sensor environment around consumers and patients, a Wi-Fi standard that allows for rapid transmission of large amounts of data will only grow in necessity. If some device makers get their way and doctors and hospitals start receiving endless streams of medical data from their patients, it would be a good idea for companies to adopt standards that get them ahead of the inherent issues of bandwidth and data stability.
-Chris Wiltz, Associate Editor, MD+DI
[email protected]
TAGS: News
0 comments
Hide comments
Related