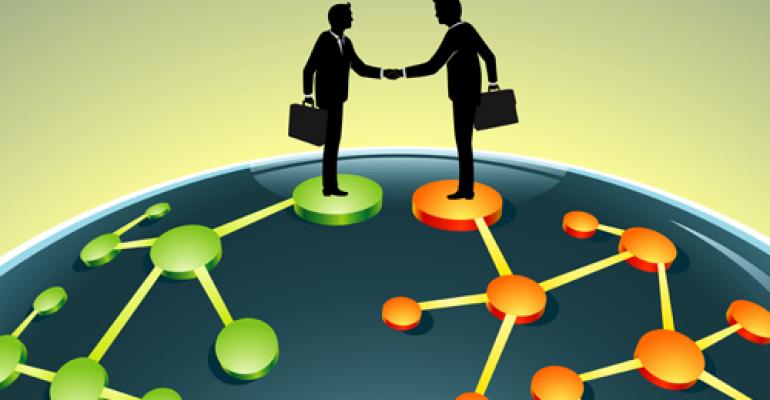 Qualcomm has made a major play into the Internet of Things by acquiring Bluetooth company CSR.

Semiconductor giant Qualcomm has announced a $2.5 billion deal to acquire UK chipmaker CSR. CSR is a pioneer in Bluetooth technology and Bluetooth low energy (what it calls Bluetooth Smart) for connecting devices to smartphones and tablets. The acquisition is clearly a big play on Qualcomm's part to establish a stronghold in the ever-growing Internet of Things (IoT) market and continue to push itself as a standard bearer in the realm of device interoperability.

“The addition of CSR’s technology leadership in Bluetooth, Bluetooth Smart, and audio processing will strengthen Qualcomm’s position in providing critical solutions that drive the rapid growth of the Internet of Everything, including business areas such as portable audio, automotive, and wearable devices,” Qualcomm CEO Steve Mollenkopf said in a press statement.
CSR had previously rejected a purchase offer of an undisclosed amount from Illinois-based semiconductor manufacturer Microchip Technology Inc. Commenting on the Qualcomm acquisition, CSR chairman Ron Mackintosh said the deal represents a good immediate value to the company and its shareholders. “While the CSR directors believe that CSR is now strongly positioned to execute its strategy of delivering growth and sustainable returns in the medium and long term, we believe that the offer from Qualcomm provides CSR Shareholders with an immediate and certain value which is highly
attractive. The CSR Directors believe the Acquisition recognizes CSR’s long-term prospects and growth potential, and takes into account the dynamics of the global market and the competitive landscape in which it operates.”
The acquisition is expected to be completed by the end of summer 2015.
Qualcomm has been veryactive in the connected devices space in recent years. In July it purchased Wilocity, a company that manufacturers products for connecting applicances to the Internet via Wi-Fi.In 2011 it established, Qualcomm Life, an entire subsidiary around wireless medical devices and connectivity and has also established a $100 million venture fund that has backed a number of digital health startups including AliveCor, Airstrip technologies, Sotera Wireless, and Fitbit. The company has also built a number of strategic partnerships in the health IT space including a deal with WebMD to create a platform for patients and consumers to access and manage their health data.
The company has also partnered with XPRIZE to launch the Qualcomm Tricorder XPrize, a global competition to create a real-life version of the miracle medical diagnostic device seen on Star Trek.
-Chris Wiltz, Associate Editor, MD+DI
[email protected]
TAGS: News
0 comments
Hide comments
Related