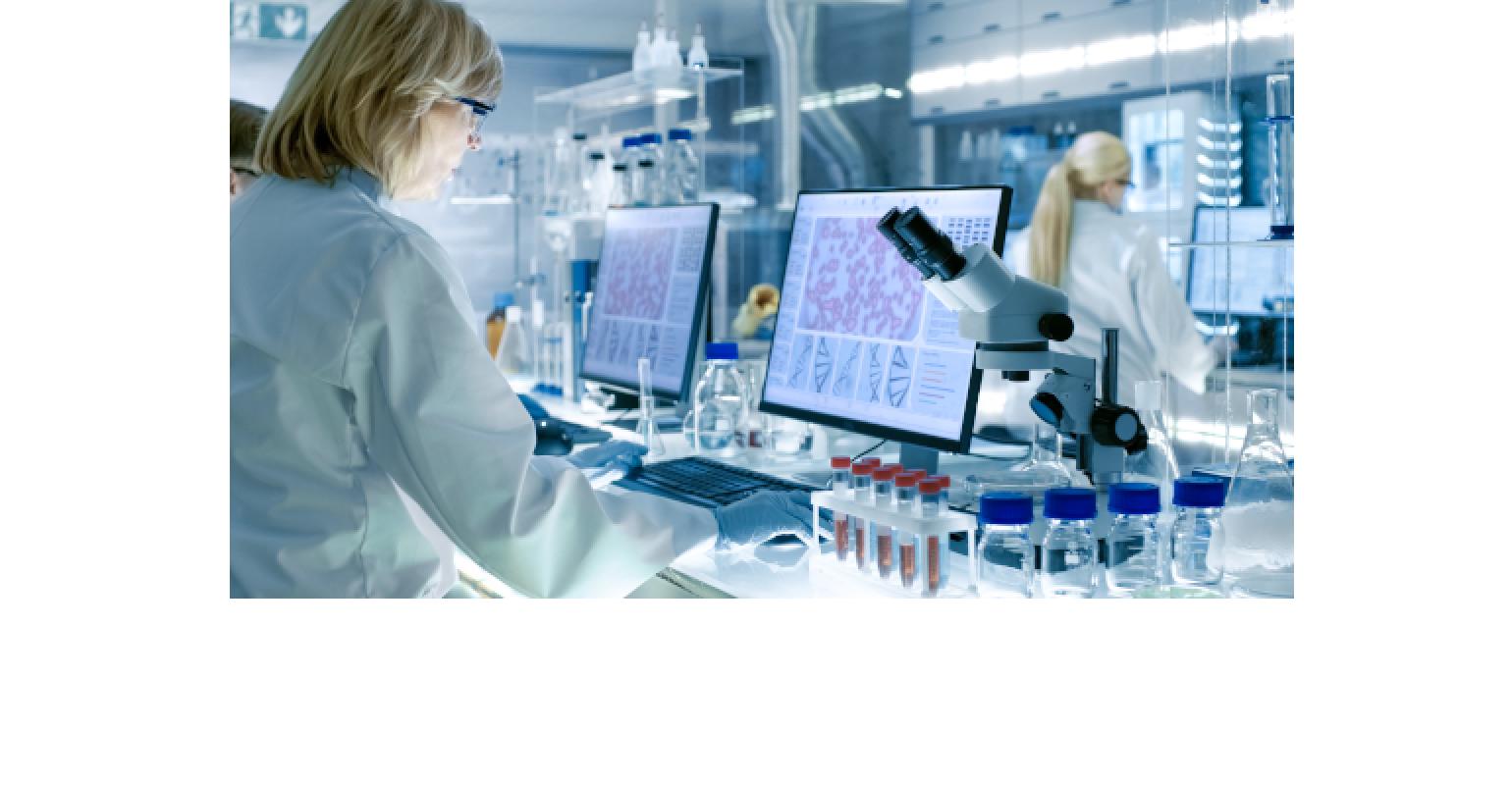 Image courtesy of Boston UX
Here are some ideas for creating an exceptional user experience for life science and biopharma scientists dealing with highly complex and rapidly changing data.

Those in the field of life sciences, from biotechnology and pharmaceuticals to life systems and medical technologies, are working with extreme urgency, searching for breakthroughs to conquer COVID-19. Accelerating the long and meticulous process of scientific R&D and drug development is more critical now than ever and fundamental to helping the world breathe a collective sigh of relief.

But there is a significant obstacle in the path of swift research and results: poorly designed scientific software.

With the advent of artificial intelligence and machine learning, scientists and researchers today do less manual lab work and rather rely heavily on software—a trend that helps speed new products to market. This intensive reliance on software means the applications that scientists use as part of their daily workflow need to deliver an exceptional user experience (UX) through, for instance, intuitive interfaces and minimalist design.

But, most scientific applications fall short.

In a 2016 TetraScience blog, then-CEO Alok S. Tayi asked why scientific software is so bad. “As consumers, we take for granted that our apps are easy to use and look good,” Tayi said. “Despite software being used in labs for the past three decades, there has been little improvement in the usability and aesthetic of scientific software.”

Complicated and Frustrating Applications Are Common

Scientists can’t do their best work or work quickly if the software tools they rely on are difficult and irritating to use. And there’s a lot of bad software out there. For instance, according to Science Direct, many wet lab scientists find bioinformatics applications hard to use. It’s ironic (and regrettable) that the social media and entertainment platforms researchers and scientists likely use in their personal lives have received far more investment and thought in terms of user-friendly design than the complex tools they use on the job to do vital work potentially of immeasurable value to society.

One of the reasons for the poor quality of and limited investment in scientific software is because of too heavy a focus on hardware. “Over the past half-century, science has advanced because of innovation in instrumentation,” Tayi wrote in his blog. “Greater sensitivity, higher throughput, and new functionalities have been the focus for manufacturers of instruments. Breakthroughs in detection limits and reductions in cost have supported faster and better science. Though these devices are powerful, a persistent focus on the hardware relegates the software to an afterthought. As a result, the quality and usability of scientific software wanes.”

So What Can Be Done to Improve the User Experience?

Until recently, the life sciences industry has simply accepted that scientific software is bad—often inexplicable and difficult to use. But that absolutely does not have to be the case. That’s one reason the National Science Foundation awarded $35 million to a pair of software institutes to fund efforts to build “the tools necessary for 21st-century research.”

Scientists and researchers should benefit from the same level of cutting-edge, immersive UX our digital society expects and is accustomed to in consumer devices and B2C applications. How? The key is to create ways to accurately prioritize, curate, and present to the user all this data. This is where UX can really move the needle.

Through intense collaboration with customers and end-users, software designers uncover the natural hierarchy of processes and data, and they pay it off in a way that allows scientific users to focus on solving real problems rather than navigating challenging interfaces. Naturally, introducing and aggressively rolling out these tools and processes means new UIs for users. The importance of good UX in shortening the learning curve and cutting down on use errors cannot be overstated.

Here are a few UX best practices to follow in order to create an exceptional user experience for life science and bio-pharma scientists dealing with expansive sets of highly complex and rapidly changing data.

The practice of UX design must be treated with respect rather than looked at as an afterthought. To be truly valuable to a life sciences organization, UX needs to be integral to the creation of a software application (or digital medical device). It can’t be viewed simply as a task to complete—a box to check—at the end of the software development process.

Why? Every dollar invested in UX brings $100 in return. And, according to Strategic Data Consulting, UX investments made early shrink a product’s time to market by as much as 50%. Therefore, the UX team must be empowered and integrated from the outset into the software development process. And, of course designers and developers must be empowered to iterate quickly in order to improve scientific software.

Examine their work environment, including wet labs, dry labs, and clinics. Explore in detail exactly how they work. Gain insight into their behavior and use this new understanding to create fully formed personas and detailed journey maps.

Create a hierarchy based on the knowledge you’ve gleaned about users from studying their behaviors and engaging in lengthy conversations with them. Prioritize task workflows based on criteria such as how frequently a screen will be used, and the importance of the data to both a specific task and to the business in general.

Some trends fade quickly while others gain widespread acceptance. The latter stick around, typically, because they work. Embrace trends wisely and design for longevity. In the vast majority of cases, scientific software UIs are meant to last a dozen years or more and will outlive any current design trends.

User testing with high-fidelity prototypes can help designers identify more-complex interaction problems that might be missed with low-fidelity testing. And finding problems when there’s still an opportunity to address them—prior to initial release or during beta—is likely to improve the application’s reception when your target users finally get to dig into it to accomplish meaningful, highly precise, and sensitive work.

You’ve now created software with a winning UX. Or have you? Examine user feedback to identify any needed improvements, and continuously refine the UX. What serves your users well now may not be adequate in the future.

For organizations focused on scientific research, development, technology transfer, and commercialization, a clean, frictionless user experience has gone from a “nice-to-have” to a “must-have.” Still, many life sciences organizations continue to lag behind those in other industries, such as financial services and retail in their embrace of UX design.

The Pistoia Alliance, a global, not-for-profit collaboration of life science companies, technology product and service providers, is among the organizations on a mission to better communicate the value of UX in life science R&D. According to the Alliance, “UX is a powerful tool for supporting the creation of effective and usable interfaces. Whilst UX is relatively widespread, the full potential of UX is still to be realized in the life sciences.”

A true statement. Embracing UX design—integrating it early into the scientific software development process and adhering to industry best practices—is critical for improving researchers’ workflow. And doing so can provide much-needed support for scientists fighting the pandemic and working to improve the lives of humankind.