The Challenges That Big Data Has to Overcome 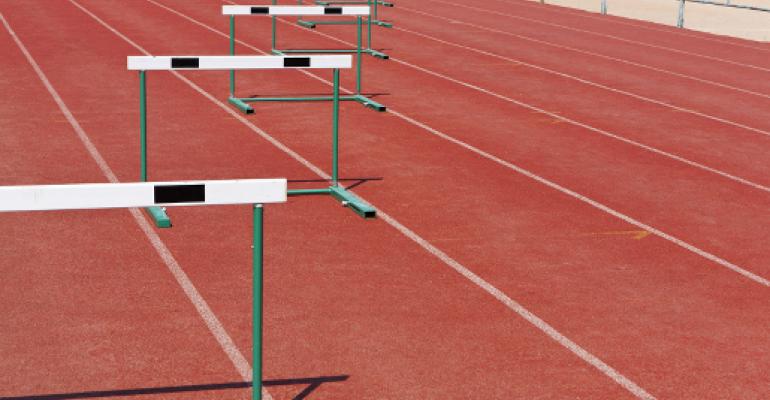 Big Data holds a lot of promise but first it has to overcome some major challenges.

But there are some shackles that are hampering Big Data from realizing its true potential, believes Peter Winkelstein, executive director, Institute for Healthcare Informatics at the University of Buffalo.

"How you take raw data and turn it into something clinically useful for a doctor or to a clinician or patient themselves is a hard problem," said Winkelstein, who will be talking about Big Data and connected devices at the MD&M East Conference, June 14-16 in New York.

While individual efforts in certain kinds of Big Data are being made -- Medtronic working with IBM Watson Health to create an app using data from insulin pumps and continuous glucose monitors that can help diabetes patients manage their disease better -- the entire field will benefit if these challenges could be overcome.

Here are some top challenges:

The lack of technical standards for how electronic medical records talk to each other is a big hurdle, a longstanding problem.

The government - agencies like Office of National Coordinator and FDA - has stayed away from imposing standards on industry because it appears that it is looking at professional societies to come up with standards, he said.

There are some standards out there around some of the data ... but it's a very complicated problem and I would like to see the informatics community take the lead in this," he said. "There have been some attempts ... but what I am beginning to see is that electronic health record companies essentially are trying to do it themselves because they've got to do it."

Difference in How Data is Stored

Imagine that the interoperability and data access problems are solved - big stumbling blocks that they are - there is another hurdle for Big Data.

Take for example blood pressure that might be entered differently in each of the electronic health records housed within those different healthcare facilities.

Winkelstein says that these questions become more complicated when it comes to labs, and then even more so when doctors enter clinical notes following a patient visit.

Winkelstein believes that the some of the statistical, data processing techniques out there that are not appropriate to analyzing large data sets that are the very heart of Big Data.

"Correlations are a good example that don't lend themselves well," he said. "P values are all about looking at whether or not two values are correlated by chance. Well, when you have an enormous data sets, you are going to find some values that are correlated and they don't mean anything. It's just chance but we don't yet have the statistical techniques to sort through that very well."

So how can the power of Big Data be unleashed and the above problem solved. Winkelstein pointed to another tern: ontology. In information science, ontology is an ontology is a formal naming and definition of the types, properties, and interrelationships of the entities that really or fundamentally exist for a particular domain of discourse, according to Wikipedia.

In healthcare, we need to create medical ontologies.

"Ontologies are ways of encoding the data so that you can understand the relationship between the data points," Winkelstein said. "So we need much better medical ontologies and that will help to solve the standards and the interoperability problem. If I could wave my magic wand, I would say let's produce a really good medical ontology because that would in many ways free the data from its current constraints and a lot of noises in the current data.