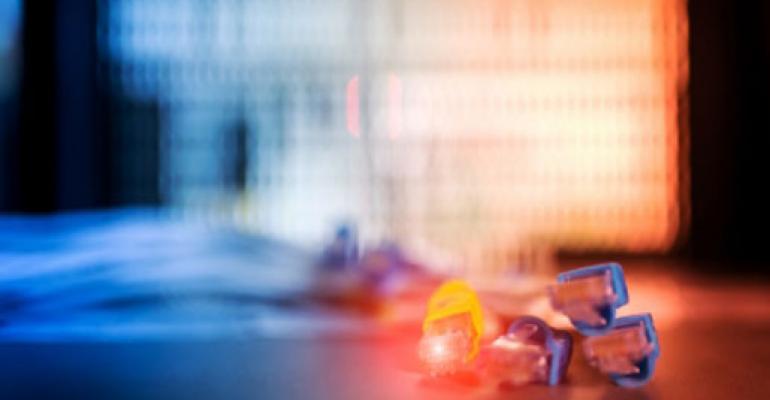 There is a lot of upside to telemental health. The problem is that technology is still getting in the way.

There is a lot of upside to telemental health. The problem is that technology is still getting in the way.

One of the most pressing areas in mental health right now is supporting rural populations. The National Rural Health Association estimates that for every 100,000 rural patients, there are roughly 43 specialists available. In Wisconsin, for instance, there are 130 licensed child psychologists but more than half of them are based in Milwaukee, Dane or Waukesha counties; fifty-one counties in the state don't have a single child psychologist.

This dearth in mental health services has many in the field experimenting with telemedicine as a way to reach these under-served rural populations, since telemedicine can reach even the most physically isolated patients. The challenge is not the effectiveness of telemedicine, these pioneers are finding, but overcoming the technical problems of poor network connectivity that interrupt or sporadically block these rural client sessions.

One pioneer in telemental health is psychiatrist Dr. Jeff Jacobs. Although he lives in Knoxville, Tennessee, Jacobs provides child psychiatry services for the underserved country of Walla Walla in central Washington State through video conferencing.

Jacobs has been immersed in pediatric telepsychiatry since 2009, in partnership with the county's mental health services board. He says that although he was initially skeptical about using video chat for mental health, he's since become a convert.

"I didn't think people were going to be ready to tell their most intimate information to a guy on a screen," Jacobs told the Union-Bulletin earlier this year. "In fact, people in Walla Walla are very happy nothing they say to me is going to come back around to them, the way it sometimes can in a small community."

Telemedicine for mental health also has proved effective. According to the Union-Bulletin article, last year, researchers at the University of Washington and Seattle's Children's Research Institute looked at 223 children in seven communities and found that video chat showed equal effectiveness with sessions done in person. The American Academy of Child and Adolescent Psychiatry has found similar results, as have programs like South Carolina's virtual psychiatry initiative.

"Of dozens of studies so far, none show anything negative about telepsychiatry," Jacobs said.

Dropped Calls When Reliability Matters Most

What has been a problem is poor network connectivity for rural mental health services.

Psychiatrist Jenna Saul, who lives and serves rural communities in Wisconsin through video chat, remembers one particular instance when telemental health really let her down, documented in a USA Today Network-Wisconsin article.

Saul was connecting with a country clinic so she could talk with a boy who had written a bomb threat. But at the appointed hour, Saul couldn't connect through video because of poor Internet connectivity.

"Not this again," she remembers thinking to herself at the time.

While reliability might not be that important for talking with a friend over Skype, it matters much more in mental health situations. Having a call drop while a patient is sharing a traumatic experience is not an option, nor is a spotty connection where the therapist can hardly understand the patient. This makes network connectivity issues a big challenge for telemental health.

"You don't want to be in the middle of a patient disclosing a sensitive, painful event and have the connection drop," Dr. Chris Fore told the Billings Gazette recently. Dr. Fore is the director of the Indian Health Service TeleBehavioral Health Center of Excellence, which helps support healthcare for native American communities in the U.S., many of them rural and struggling for proper care.

Telemental health appointments must have reliable Internet connections with sufficient bandwidth, according to Fore. But he says that the needed network infrastructure for sufficient video connectivity often does not exist in rural communities such as the Indian reservations in Montana. This makes telemental health inaccessible to the very populations that need it most.

"The truth is I don't know if they have the resources to set it up (in more facilities)," Sen. Jon Tester, the Montana Democrat who serves as vice chair of the Indian Affairs Committee, said in the Billings Gazette article. "I see plenty of examples where it's used in rural hospitals, in emergency rooms, used in the VA for mental health treatment and they're very successful, but you've got to have the infrastructure to support it. You've got to have the fiber going in and then you've got to have the people to do it and you've got to pay for the training on how to use it. All of that costs money. But it's a one-time expense."

But There Are Solutions

Many mental health administrators approach the problem of poor network connectivity from the standpoint that both mental health providers and the populations they serve must have strong Internet connections. But this doesn't address network bottlenecks elsewhere in the connection, nor is it realistic. That's why some are taking a different tact.

"If Internet connections are not always strong, as is the case with mobile Internet and rural environments, you need to make the video connection adapt, not the user," suggests Tony Zhao, CEO of video communications company, Agora.io, in an Agora.io blog post.

His company has developed a cloud-based video chat service platform for telemedicine and mental health that was specifically developed for reliable connectivity even in the face of poor network conditions. It accomplishes this by using advanced compression so video doesn't require as much bandwidth. Agora.io also routes the video through the company's global data servers instead of the public Internet, and monitors quality in real-time to ensure that there is reliable connectivity.

Services such as Agora.io and others are showing that mental health professionals don't have to accept poor video chat connections, nor must they abandon rural communities where network connectivity is sparse. The issue is more about using the wrong video conferencing technology for telemental health, not an inherent limitation of the concept of telemental health.

JT Ripton is a freelance healthcare, technology and business writer out of Tampa. He loves to write to inform, educate, and provoke minds. Follow him on Twitter @JTRipton.

Peter Scott is a journalist and editor who has been covering healthcare, business and lifestyle trends for more than 20 years. You can contact him at [email protected].