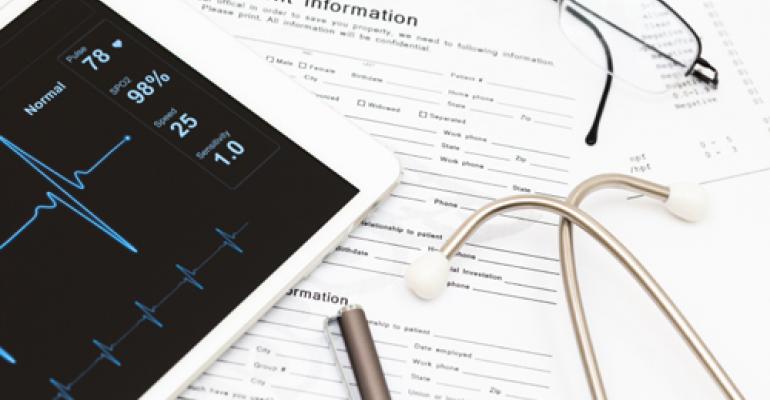 The annual conference of Healthcare Information and Management Systems Society (HIMSS) kicked off Sunday in Chicago, but already there is some sobering news about the value of health IT in medicine.

The survey polled 2,619 doctors in six countries, including 601 in the United States and found that of them 79% used electronic medical records. That represents an average annual double digit growth since Accenture conducted the survey the last time in 2012.

But while more are using the technology, fewer report of benefits.

“Despite the rapid uptake of electronic medical records, the industry is facing the reality that digital records alone are not sufficient to driving better, more-efficient care in the long-term," said Kaveh Safavi, who leads Accenture’s global health business, in a news release. “The findings underscore the importance of adopting both technology and new care processes, as some leading health systems have already done, while ensuring that existing shortcomings in patient care are not further magnified by digitalization. The U.S. healthcare market has made remarkable progress in EMR adoption, and we believe that as the technology evolves, so too will the benefits to physicians and patient care.”

While that may be true, the survey does not appear to ask doctors why they feel EMR use has not improved outcomes.

One answer could very well be their flawed design.

There is a widespread view held about EMRs, and especially the dominant player in that marketplace - Wisconsin-based Epic.

At the same conference Dr. Robert Wachter, author, professor and associate chair of the Department of Medicine at the University of California, San Francisco, where he directs Division of Hospital Medicine, talked about how physicians are hiring scribes to enter information into the EMRs so that they won't have to type their notes in.

"It's only in healthcare where you add technology" and that leads to more people getting employed, he joked to audience laughter.

Wachter, who ranks as no. 1 in Modern Healthcare's 50 Most Influential Physician Executives and Leaders for 2015, also provided examples of why EMR design is so flawed. Here is a slide that he shared about the overwhelming number of alerts that Epic's EMR system generates at UCSF in one month for patients in the ICU: 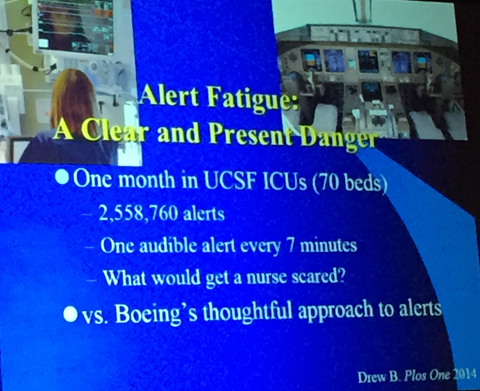 EMR alert fatugue is setting in with one audible alert every 7 minutes, he said noting that ironically if suddenly it became quiet and silent in the ICU with no alerts, that would now scare nurses.

Contrast that with the approach Boeing follows when an engine is on fire, Wachter explaind. Only a mild alert is provided for the pilot, while something considered more serious would lead the steering wheel of the aircraft to shake violently. When Wachter expressed surprise that an engine catching fire is not a serious enough danger, he said he was informed casually that they can be put out.

In other words only those things that truly rise to the level of importance should lead to alerts for a physician who, especially, in an ICU setting has different demands of his or her time and attention.

EMR use will continue to grow as patients demand easy access to their patient records, and given that money has been pumped into the system to make their use ubiquitous.

But human factors design so far has been lacking in the design of EMRs. That is a challenge that requires a great deal of collaboration between EMR companies such as Epic and others, and physicians.