Why Neurotech Will Be the Gold Rush of the 21st Century

It seems leading scientists and industry specialists are not alone on their quest to rewire the human brain. Over recent years, neurotech has also sparked interest from businesses and individuals well outside the medical sector. Now, advancements in the industry are on track to offer humans—and businesses—endless new opportunities that will not only benefit our health, but also take us beyond human limits.

Neurotech is moving quickly. In 2015, the U.S. neurostimulation devices market was valued at $2 billion, and Grand View Research estimates it to exceed $12 billion by 2023. While the primary aim is to treat and banish degenerative neurological diseases, neurotech has the power to unlock and interpret the brain’s complex workings and attract a gold rush of interest in the process.

The Plight of Aging

With more than 600 diseases of the nervous system, there is no denying that the potential market for neurotech is huge globally. One in four people worldwide suffers from a brain-related illness, according to Roger Dooley, and these statistics only worsen as the population ages. The World Economic Forum even estimates that one in three people is disabled by dementia after the age of 80, pointing to a critical need for further neurotech research and development.

But despite the prevalence of such diseases, treatment currently remains challenging in practice. My research, which included patients with Parkinson’s Disease, found that despite the high number of patients over the age of 60 with mild symptoms of a neurological disease, most will not receive a comprehensive neuro exam because of the short amount of time primary care physicians are given to examine them. In fact, most patients are only diagnosed once they have been in an accident, such as a car accident or a major fall causing a broken bone.

The problem extends beyond diagnosis, too. Once patients are diagnosed, treatment and referrals are full of errors and obstacles. Medication that currently exists comes with a list of side effects, contributing to a major compromise of quality of life. For example, my research found that the majority of people over the age of 65 are taking seven medications every day.

These findings sadly show that because of delayed diagnosis, a lack of treatment options, and unpleasant medication, management for these neurological diseases currently falls short. However, the findings also point to the fact that the neurotech market is ripe for growth and offers potential to solve some of the biggest health problems currently facing our society.

Neurotech No Longer a Thing of the Future

But it’s not just the market that exists; the technology to serve it does, too. The last decade has been a golden age of discovery in neuroscience. Technological breakthroughs have translated into scalable diagnostic and therapeutic solutions for people with brain disorders. And there’s no doubt that as neurotech continues to provide answers, more money and research will be thrown in.

Just consider some of the advancements that have already been made. At the 2014 FIFA World Cup in Brazil, viewers witnessed a paraplegic man literally kick off the opening ceremony thanks to an exoskeleton that allowed him to walk again. Built by the National Science Foundation, Dr. Miguel Nicolelis, and the Walk Again Project, the exoskeleton used computer algorithms to interpret the user’s brain activity and power the exoskeleton forward.

In addition, earlier this year, scientists took a step closer to finding a cure for Alzheimer’s after unveiling a “brain pacemaker” that successfully slows down the disease, reported Express. The device is fitted into the skull, with two thin electrical wires into the frontal lobes of the brain. These wires deliver electrical current that helps stimulate parts of the brain.

While it is still the early days of neurotech, recent advancements such as these have shown extreme promise, hinting at a bright future for both the users and developers of the technology.

Accordingly, neurotech’s early success in science has attracted the likes of Elon Musk, Facebook, and even the U.S. military, reported The Verge. In 2017, Facebook (per TechCrunch) and Elon Musk’s new firm, Neuralink, began developing high-level processing and machine learning platforms to facilitate a seamless brain-computer interface. This interface already shows abundant evidence that it can be used not only for treatment of disease, but for human augmentation or enhancement as well. Facebook claims that in the near future, the interface will allow users to send words straight from their brains to a computer by thought, Gizmodo reported.

Even former President Barack Obama has placed neurotech as a priority. His BRAIN Initiative has allocated $70 million to DARPA (per Wired) to kickstart the field of brain implants. DARPA’s Neural Engineering System Design (NESD) program, which aims to provide precision communication between the brain and the digital world, is just one of many programs inaugurated under Obama's BRAIN Initiative, Gizmodo reported.

Merging the human brain with technology has therefore become the latest craze for many in and outside the medical sphere. These companies and leading figures have either initiated or significantly increased their investments in neurotechnology over the last 18 months, which in turn will encourage others to do the same. If Elon Musk believes neurotech could be the next big thing, then rest assured it will be.

With the critical need for solutions increasing, and promising advancements making headway, the neurotech revolution will only see more money and interest being poured in. It’s therefore clear that neurotech will be the gold rush of the 21st century.

Prescient has built strong customer relationships and offers best-in-class fiber development technology, according to the press release. Its “operating model and core values align with Americhem’s,” said Matthew Hellstern, CEO, Americhem. “We will continue to build upon our key attributes: Performance, solutions and trust.”

"We are proud to have found a company like Americhem, a best in class supplier of polymer solutions,” said Rohit Rathi, Prescient Managing Director. "Our customers will benefit by having access to new innovative technologies, and our employees' futures will continue to expand and thrive as part of the global Americhem family.”

Get Answers to Your Usability Testing Questions

Even though it’s been a couple years since FDA published its human factors guidance, some medtech developers still wonder exactly how to conduct usability studies. At MD&M East, attendees will get to see such testing performed live at the Medtech Education Hub as the UL LLC human factors consulting team demonstrates a medical device usability test.

Allison Strochlic, research director for UL Human Factors Engineering (HFE), Wiklund R&D, tells MD+DI that the team will demonstrate typical aspects of a formative test. These include a test session introduction, the presentation of representative “use scenarios,” and follow-up interviews. The test will be of a blood glucose meter, a device with hardware and software user interfaces that, if used incorrectly or misunderstood, could lead to end-user harm.

A formative usability test “is an evaluation that manufacturers should conduct ‘early and often’ during development to reveal a device’s interactive strengths and identify opportunities for improvement,” Strochlic explains. “Attendees will learn about the key characteristics of a formative usability test and how to conduct an effective usability test. We will share best practices for moderating such tests and for asking the questions that will enable you to rigorously evaluate your device.” 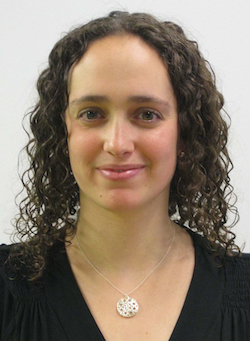 Strochlic (shown at right) says that medical device manufacturers with limited HFE experience “might consider usability testing to be a time-consuming, expensive, and daunting task. We will advise attendees on how to conduct quick, lean, and very effective usability tests to collect representative users’ feedback on a device’s evolving design without interfering with other development tasks or timelines.”

Medical device developers can’t afford to let any misconceptions deter them from conducting usability testing, given today’s regulatory environment. “While FDA and international regulators encourage manufacturers to conduct formative usability tests, doing so is not required per se. That said, regulators are increasingly expecting the steady application of HFE throughout device development, including at the early, formative stages,” Strochlic says. “Notably, there is a range of ‘formative evaluation’ activities that are acceptable and effective. We will clarify how manufacturers can scale formative evaluations, including formative usability tests, to best match their development needs.”

During the formative usability test demo, UL HFE team members will role-play as moderator and participant as Strochlic provides real-time commentary and shares tips for test conduct throughout. “After the demonstration, we will encourage attendees to ask questions to ensure we fully dispel any misconceptions about formative usability testing and provide any clarifications needed,” Strochlic says. “Attendees will walk away with an appreciation of how they can conduct formative testing to quickly identify device strengths and—more importantly—opportunities to improve a device’s use-safety, usability, and effectiveness.”

Don’t miss "Usability Testing: A Live How-To Demonstration and Guide for Engineers," June 13 at 3 pm at the Medtech Education Hub at MD&M East 2018. There is no charge for registered show attendees to watch the demo or any of the presentations at the hub.

Fermatex Vascular formerly did business under the Gore-Jersey Shore name but is best known in the industry as Adam Spence Corp., founded in 1960. It was later acquired by WL Gore in 2004 and sold to Vance Street Capital in 2017, which has now sold the company to Spectrum Plastics. The announcement was made on May 24, 2018. Financial terms of the transaction were not disclosed.

“For the largest OEMs, supplier consolidation and vendor management are keys to our success,” said Flannery. “An executive at a major medical device OEM recently told me that more than ever they need suppliers who can offer a greater spectrum of services and products. They need a supplier who can competently manage the supply chain, regulatory compliance and engineering aspects involved with making process and product changes with more services and technologies focused on them,” explained Flannery.

First as Adam Spence and then briefly under the Gore umbrella, Fermatex has been supporting the medical device industry for more than 50 years. It employs approximately 100 people out of two adjoining ISO 13485–certified buildings with cleanrooms on a 54,000-square-foot campus. Spectrum Plastics said it intends to transition the Fermatex brand back to Adam Spence to take advantage of its history and reputation as well as name recognition within the industry.