FDA has given Class I status to a field safety notice for Abbott's MitraClip delivery system. 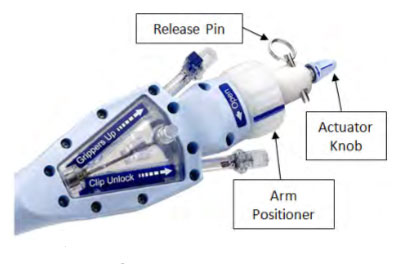 On February 15, FDA announced that Abbott Vascular has received nine reports of its MitraClip delivery system failing to detach from the Clip, which resulted in the death of one patient and open-heart surgery to extract the device. The problem can also cause its mandrel component to fracture. "Tension is present if the Arm Positioner is on the 'Closed' side of Neutral, as opposed to being in the Neutral position during Clip deployment," reads the company's field safety notice.

Abbott's response to the problem was to provide updated instructions and training for clinicians using the device--touted as the world's first percutaneous mitral valve repair system. "I wanted to clarify that Abbott did not recall any product," says Jonathon Hamilton of Abbott Public Affairs. "All products in the market are safe if used as directed in the instructions for use." The company is also offering to train users of the device to reinforce the proper procedures used to operate and deploy the device, Hamilton says.

Abbott identified that the delivery system's arm positioner was in the wrong position and, therefore, did not return to the neutral position during use, thus preventing the clip from disengaging.

The company noted that this problem only occurred in 0.17% of cases where the MitraClip was used.

Abbot explains that it is revisiting its current instructions for use to avoid the problem. While the current instructions specify that arm positioner is in a neutral position before turning the actuator knob to deploy the MitraClip, the new instructions will "provide additional assurance that tension is completely eliminated prior to deploying the Clip," reads the field safety correction.

Jason Rogers, MD of the University of California Davis Medical Center was quoted by MedPage Today as stating that the problem could be "rectified through a simple modification in how we release the clip," thus eliminating "any chance of malfunction."

There were 3534 devices on the market--including 1288 in the United States. Intended to treat mitral regurgitation, the device is indicated for use in patients for whom mitral valve surgery is contraindicated.

The company has determined that products with lot numbers of 50714U1 and higher have the problem.

In related news, a registry analysis concerning the MitraClip found that it successfully treated roughly 91% of patients with primary mitral regurgitation. In the study, success was defined as a reduction of slight to moderate mitral regurgitation without cardiac surgery.

The study was led by Paul Sorajja, MD from the Minneapolis Heart Institute at Abbott Northwestern Hospital and was published online in the Journal of the American College of Cardiology.

Roughly 600,000 people in the United States suffer from mitral regurgitation while a substantial number of those patients are not candidates for surgery.

The MitraClip was approved by FDA in October 2013.

Note: An earlier version of this article incorrectly stated that the FDA Class I recall for the MitraClip component related to an actual recall. In fact, Abbott did not recall the device but only released a field safety notice for the device.

Prosecutors say a Minnesota woman with embezzled $1.7 million from her longtime employer, a medical supply company. Because of the statute of limitations, she is being charged with stealing $1,091,000.

Davis allegedly wrote checks to herself, forged the signature of the CEO, and listed the checks in company records under the names of fake vendors, according to the complaint.  Davis then allegedly "turned off" those vendors' profiles in the company computer system and deposited the checks into her bank accounts, the complaint says.

On January 12, company officials discovered two checks that had been paid from the company account but did not show up as payables in company records. Davis allegedly admitted the theft to the CFO and was fired, according to the complaint. Davis had worked as an accounts payable clerk for Reliable Medical since 2000, the complaint says.

An audit revealed the alleged theft of $1.7 million in company funds over 10 years, according to the county attorney's office, the complaint says. Because of the statute of limitations, Davis is charged with stealing $1,091,000 from February 2011 through December 30, 2015

The company CFO told police that after Davis was terminated, he found a large box of bank statements in Davis' desk, although she had allegedly told him that the bank no longer sent copies of checks, according to the complaint.

Reliable Medical's CEO and CFO told police that Reliable Medical was such a high-volume business that keeping track of inventory was "always a challenge."

"Because of the dynamic nature of products coming in and products being distributed, variances in what the inventory records showed and what inventory was actually on the premises were expected," the complaint says.

Davis declined to comment on the charges. Her attorney did not return a phone call. Davis is expected to make her first court appearance March 22, according to the county attorney's office.

Fraud is a major cause of default for medical device companies because of the high prevalence of third-party payments in healthcare, according to a report by Standard & Poor's Ratings Services. Fraud and accounting problems were responsible for one-third of major medical device firm defaults in recent years, causing five defaults, according to the S&P report.

"Several of the companies that defaulted (in our study) might be characterized as medical product distributors, as distinct sub-segment of the medical devices/products/supplies market," says David Kaplan, director of the healthcare group at Standard & Poor's Ratings Services. Kaplan attributed their failure to weak creditworthiness and Medicare's competitive bidding initiative for durable medical equipment.

Correction: A previous version of this article incorrectly stated the amount of money Davis has been officially charged with stealing. Because of the statute of limitations, it is $1,091,000.

A New Smartphone Glucometer Launches in the U.S.

Israel-based LabStyle Innovations announced Tuesday that its new glucometer powered by smartphones is available in the U.S.

The Dario glucometer, a pocket-sized device, can plug into smartphones and use the company's lancets and strips to measure blood sugar levels. Diabetes patients can see the results through a companion app. The all-in-one meter contains the lancets and strips needed making carrying the supplies simple. Since Dario plugs into a smartphone, the device doesn't need any batteries.

Dario is being sold at an introductory price of $19.99 and users have the ability to choose a package based on the number of strips needed in a month. A $20 package brings 50 strips to a patients' doorstep. For those who want to use the company's membership model they can choose a 3-months' supply of 50 strips per month or a year's worth of strips.

The model is designed to offer freedom of choice for the user at a cost neutral price point for many with private insurance," explained Todd Durniak, executive vice president and general manager for North America, LabStyle Innovations.

So far the product doesn't have insurance coverage but the company expects to be meeting with plans to gain that, he said.

Through the app, users can see blood glucose measurements, carbs and insulin intake, as well as physical activity thereby offering a fuller picture of a person's health. Users can share this data with family, caregivers and medical providers should they choose it. Further, the Dario app integrates with other fitness apps such as RunKeeper and FatSecret, that helps to manage food intake better.

Our unique ability to deliver a user-centric approach to monitoring glucose levels and other important behavioral factors will help usher in a new era for diabetes management in the U.S., delivering significant value to users, healthcare providers and the entire American healthcare system," Durniak said in a statement.

Other companies are also envisioning radical changes to how diabetes is management by leveraging the power of smartphones. Take for instance AkibaH which is developing what it bills as the world's first all-in-one smartphone case glucose meter. The GluCase, which is a smartphone case will function as a glucometer as well as carrying case for lancets and strips. Users can manage their disease with a companion app. Users who participated during AkibaH's Indiegogo crowdsourcing campaign were able to reserve a GluCase for $29 that comes with the meter, 50 testing strips, 20 lancets and access to mobile app. That's just one of the packages — many of which sold out — the company offered during its campaign.

And then there is iHealth Labs that sells a wireless glucose meter that works with a smartphone and companion apps. The wireless meter comes with lancets, lancing devices and a travel case, among other things for $29.95. Strips are sold separately.

Shortly after Abbott announced its desire to acquire Alere for $6 billion, Alere revealed that it received a grand jury subpoena from U.S. Department of Justice.

Alere recently announced that it had received a DoJ subpoena on January 14 related to its international sales practices. As a result of the development, Alere also said that it would be delaying its annual report.

The subpoena specifically results to sales practices in Asia, Africa, and Latin America and matters related to the U.S. Foreign Corrupt Practices Act.

Alere announced on March 15 that, although it expects its merger with Abbott to close by the year's end, that it would not be able to file its annual report for 2015 in the 15-day extended timeline because it was researching its revenue cutoff figures for sales to Africa and China from 2013-2015. It did not provide an estimate of when it would file the 2015 report.

In 2012, Alere received a federal subpoena from the HHS Office of the Inspector General related to the quality control of its Alere triage tests, which it recalled following the subpoena. The company made changes to its quality control measures following that news and saw its stock precipitously on the heels of the news. Later that year, the company received a warning from FDA related to its response to manufacturing defects also related to its Triage devices.

10 Digital Health and Medtech Startups That Shone at SXSW

10 Digital Health and Medtech Startups That Shone at SXSW—EpiBiome

10 Digital Health and Medtech Startups That Shone at SXSW—GlowDx

10 Digital Health and Medtech Startups That Shone at SXSW—Kinetic