A provider laser-based products to the commercial and scientific research markets has extended its integrated laser machine tool product portfolio with a new platform offering improved performance and greater ease-of-use. The META platform features a unibody chassis design. This rigid, single weldment provides improved mechanical stability for the system, resulting in faster cutting speeds and better positioning repeatability. In addition, the cutting bed on META platform products has been enlarged to accommodate standard European sheet sizes (1.25 x 1.25 m). The platform also features control system and software upgrades that offer enhanced ergonomics, ruggedness, and greater system automation. When configured with a Coherent 1 kW CO2 laser (Diamond E-1000), the META system offers flexibility and the ability to process a wide range of both metals and non-metals, such as plastics, wood, fabrics, leather, paper and thin films.  With this laser, the system can readily cut stainless steel in thicknesses of up to 3 mm, aluminum of up to 2 mm, and mild steel of up to 6 mm.
Coherent Inc.
Santa Clara, CA

A company that provides products for the heating process industry has introduced a bi-monthly e-blast designed specifically for OEMS and manufacturers needing process heating, including those in the medical device industry. The e-blast,”Infrared Hot-Line News,” will share the latest in new industrial applications utilizing infrared. The first issue was distributed October 29.The e-blast covers new applications for individual infrared lamps or infrared heaters, customer tips, and customer testimonials on product quality or manufacturing efficiencies stemming from the use of infrared heat sources. There will also be quick links for quotes, technical papers, and general information.

Nonin Medical was among the first manufacturers to introduce a Bluetooth–enabled medical device to the market with the release of its 4100 Patient Module OEM wrist-worn pulse oximeter, in 2004. Now the company plans to again lead the industry with a pulse oximeter that incorporates Bluetooth low energy technology.

“It is definitely one of the primary [wireless technologies] we’re looking at,” says Mark VanderWerf, vice president of ehealth and OEM for Nonin Medical. “With so many options available, Bluetooth low energy appears to be emerging as one of the winners.”

Bluetooth low energy is a feature of Bluetooth v4.0, the newest Bluetooth Core Specification, which was adopted by the Bluetooth Special Interest Group (SIG) in July 2010. The first smartphone equipped with the technology, the iPhone 4S, was introduced in October 2011, and the Bluetooth SIG hopes it will be incorporated into most phones by the end of the year.

Nonin, a member of the Bluetooth SIG, was interested in Bluetooth low energy before the specification was released. The company is also looking into other wireless technologies, such as Zigbee, VanderWerf says.

“But we see Bluetooth low energy as having a lot of the same advantages and maybe some added advantages as well,” he says.

“The biggest thing will be just the simplicity of integrating devices in the field,” he said. “Bluetooth low energy works with Apple—that’s a big advantage—and Microsoft Windows 8 is going to support it as well.”

But the technology also comes with challenges, VanderWerf admits, including the lack of an application programming interface for Android.

“I understand that’s going to be rectified soon, but the sooner, the better, because we’d like to integrate to a lot oot of companies that prefer using Android,” VanderWerf says.

Blazing the trail for Bluetooth v4.0 in pulse oximetry also has its disadvantages.

“We know we’re early adopters, and being early has its unique bridges to overcome,” VanderWerf says. “We’re going to be doing a lot of the footwork and fundamental writing of a profile for pulse oximetry—that has been the challenge.”

“We’re pretty excited about Bluetooth low energy,” he says. “We think that it really resolves some of the issues with Bluetooth Classic, and we think it’s a superior radio solution.”

This Week In Devices [11/2/2012]; The Patent War Over the VAC; More Jobs Cuts at St. Jude; Taiwan's Medical Device Industry; Medical Devices in a Hurricane

The story of the VAC and how it launched a patent battle. St. Jude has cut 500 jobs. Taiwan wants to expand its medical device industry. FDA issues tips for medical devices in a hurricane disaster.
St. Jude Cuts 500 Jobs
As the company struggles with declining sales of its heart devices -not to mention the controversy caused by the devices' flaws and failures - St. Jude Medical announced that it has laid off 500 employees. This follows the termination of 300 employees this past August. In a statement the company has said: "We will provide any additional details pertaining to the impact on cost savings associated with our realignment process on our fourth quarter and full-year earnings call in January." [StarTribune]

The Patent War over the VAC
The story of the VAC, a simple device for closing wounds that has made millions for its inventors since its introduction in 1995. The VAC has become widely used and has even been battle tested in Iraq and Afghanistan. It's a device so simple and (more importantly) so profitable that competitors have sought to undermine the inventors' patent in order to bring competing medical devices to the market. [Fortune]
Taiwan Wants to Jumpstart its Medical Device Industry
With a healthcare market filled with a growing number of elderly and patients with chronic disease, the Taiwanese government is efforting to nurture industry growth in kidney dialysis machinery, respiratory care equipment, in vitro diagnostic technology, microsurgery, and high-end dental device technology. Reports say that medical equipment sales in Taiwan reached almost $3.42 billion in 2011 and is poised to increase by 7% in 2012. [Taiwan Today]
What Do You Do With Medical Devices in a Hurricane?
FDA has released a guide offering tips and recommendations on mainting medical devices and safety during a hurricane disaster. [FDA]

With the election less than a week away, MD+DI has identified the key races that will be of particular interest to the medical industry. Beyond the presidency itself, there are congressional races that have potential for major impact on the industry on several levels, including the status of the medical device tax. Click below to get of details the races, candidates, and their stances on healthcare and medtech-related issues. 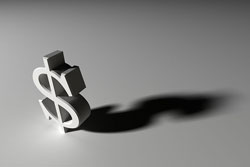 The results of MD+DI's annual medical device and diagnostic industry salary survey are in!

While we can't release the full set of data until next month, we have prepared a sneak preview. Click through the slide show to see some interesting insights from the topline data.

Check back here in December or pick up our Medtech PowerSource issue next month to see the full results from 2012. You can also browse last year's results.

The average raise reported was 5.5%, and 13% of respondents got a bump of 10% or more. However, more employees than last year have not received a raise from their current employer. Most raises did not come with a promotion or change in job responsibilities.

At $7,500, the median bonus fell by more than 20%. A lower percentage of employees than last year reported getting a bonus at all.

More than two-thirds of respondents say they are satisfied with their level of compensation, whereas almost one-third say they don’t make enough. 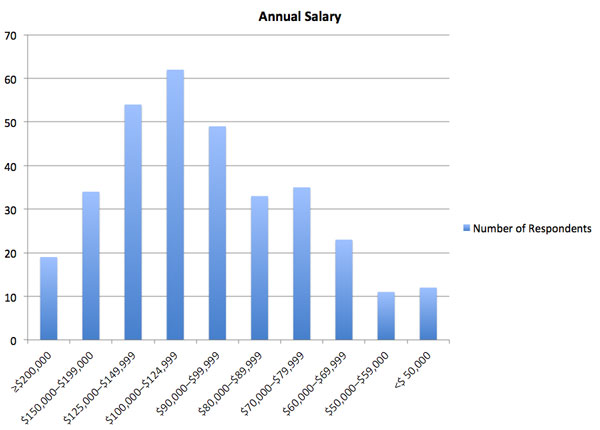 According to our survey, the average number of full-time employees at medtech firms is 477—down 8.4% from 2011.

Just over one-third of respondents report that their company has been involved in an acquisition or merger in the past 12 months. That’s down from 42% last year. 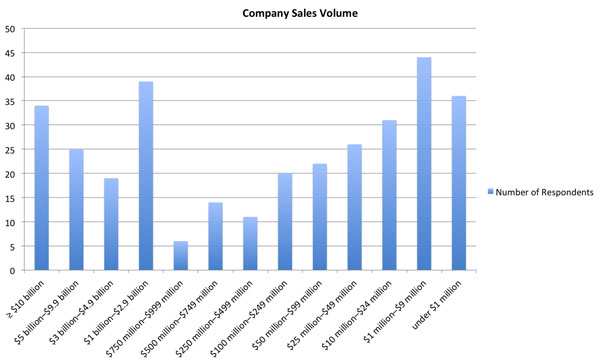 The average respondent to our survey supervises more than 7 employees.

Employees work 48.8 hours on average. More than half put in 50 hours or more per week. 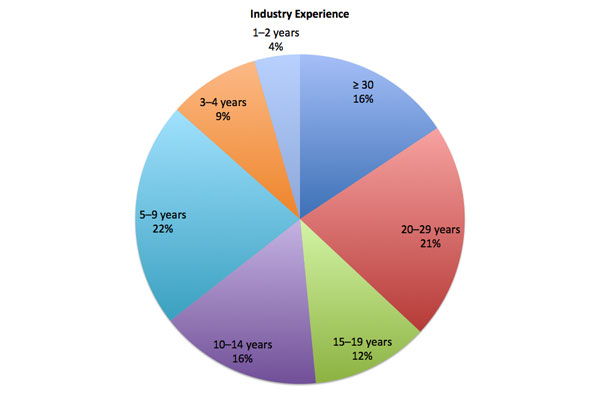