State and local officials offered the company millions of dollars in tax breaks, and Siemens Healthineers is responding by adding 400-700 jobs at the Walpole, MA, facility over the next 10 years. 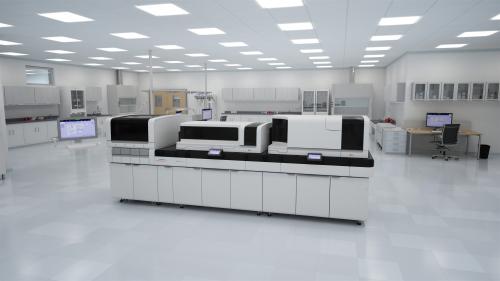 Siemens will manufacture assays to run on the Atellica Solution analyzer at the Walpole, MA, facility.

Lured by millions of dollars in tax breaks and other benefits, Siemens Healthineers is growing its presence in Walpole, MA, and could double the number of jobs there over the next decade.

The newly renamed healthcare business of German industrial giant Seimens AG will spend around $300 million to expand its laboratory and diagnostics manufacturing and R&D facility situated between Boston, MA, and Providence, RI. The 500,000 sq ft complex currently employs 700 people, and the company said that number will swell by at least 400 and possibly as much as 700 by 2026.

"With a 37-year history of manufacturing products in Walpole, we saw an opportunity to leverage the local talent in the community to further our growth and expansion plans," Franz Walt, president of laboratory diagnostics at Siemens Healthineers, said according to a press release.

Upgrades to the existing facility are set to begin in the coming weeks, and expansions to include manufacturing, warehouse, office, and lab space will commence this summer. The Walpole location is the primary manufacturing facility for assays run on Siemens' ADVIA Centaur immunoassay instruments and consumables for its molecular and blood gas testing instruments. The site will also make assays to run on the Atellica Solution immunoassay analyzer, which was unveiled this past August at the American Association for Clinical Chemistry Annual Meeting and is still under FDA review.

"The expansion of the Walpole facility fits into the strategic growth plans for the company and allows us to increase our manufacturing footprint in the United States, the largest healthcare market in the world," Bernd Montag, Siemens Healthineers CEO, said according to the release. "The laboratory instruments and reagents developed and manufactured at the Siemens Healthineers Walpole facility impact patients and healthcare providers across the globe."

The decision to expand in Walpole came after Siemens Healthineers was granted generous tax breaks and other incentives by both Massachusetts and the town of Walpole. State officials kicked in $4.2 million in tax breaks, infrastructure investment, and funds for workforce training, the Boston Globe reported. The company will also receive a $21 million break in property taxes over 20 years from Walpole.

The expansion news follows news last month of Siemens Healthineers purchase of health informatics firm Conworx Technology and plans for an initial public offering for the company, which has been run as a separately managed business from Siemens AG since 2014.

Jamie Hartford is director of content for medtech brands in UBM's Advanced Manufacturing Group. Reach her at jamie.hartford@ubm.com.