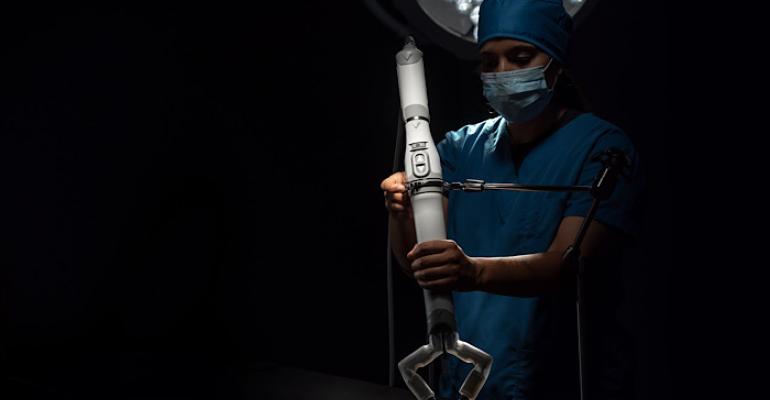 The Lincoln, NE-based company said the trial for its miniature surgical robotics platform is set to start in early 2021.

Some companies go big. Virtual Incision is going small in the field of surgical robotics. The Lincoln, NE-based company is developing a miniaturized in vivo robotic assistant platform dubbed MIRA.

Late last month, Virtual Incision was able to obtain an IDE for MIRA. John Murphy, Virtual Incision’s President and CEO spoke with MD+DI about the IDE and the 10-year journey of developing this technology.

“Getting [IDE] approval for the platform sort of puts this into the rarified air of general surgery platforms,” Murphy told MD+DI. “But it’s still just the first step. “We always felt like a little robot on the inside was going to be a very effective way vs. a large mainframe robot on the outside. Our first indication is for colon surgery...”

The first trial site is set to be in Lincoln, NE and will start in early 2021. The company is still ironing out the details of the trial size.

Because of its small size, the device is expected to offer a cost-effective and accessible option for laparoscopic surgery.

David Blue, Director of Cultivate(MD) Fund II said in a release that, “we are so excited about the advanced progress being made by Virtual Incision. The team has continued to remain very focused on being the leader of bringing cost-effective portable mini robotic abdominal surgery to every healthcare facility in the country, and thus the much-needed access for patients to receive this innovative minimally invasive option."

Make Way for the Robots

This year marks the 20th anniversary of Intuitive Surgical first snagging clearance for the da Vinci surgical robotics platform. With its FDA nod the Sunnyvale, CA-based company opened up the flood gates for large and small companies alike to compete in the space.

Johnson & Johnson and Medtronic are the largest newcomers to burst onto the scene.

Late last year, New Brunswick, NJ-based J&J bought out Verily Life Science’s interest in the Verb surgical robotics Joint Venture. The company was slated to unveil the robot in, but delayed plans because of the COVID-19 epidemic. During J&J’s 2Q20 earnings call, execs said the company would not pursue a 510(k) pathway for the platform and would instead have first-in-human studies in the late half of 2022.

Medtronic debuted its surgical robotics system – in September of 2019. Earlier this year, the company acquired Digital Surgery to add artificial intelligence capabilities to the platform.

Despite advances in the market, Murphy said that the market was relatively at the beginning of the curve with more room to grow.

“I think maybe 10% of procedures use some sort of robot in the U.S. and maybe 2% worldwide,” Murphy said. “But what we have focused on is how do you flip that and have maybe 80% of robots having some robotic support.”