The Rise of the On-Demand Robot Industry 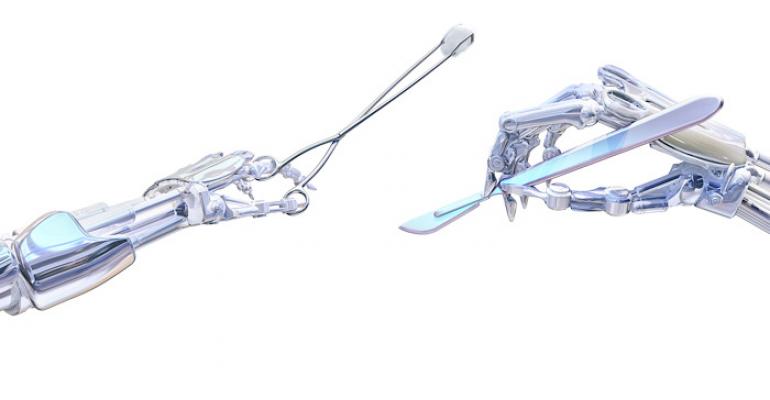 CAPEX Vs. OPEX - Why the Future of Surgical Robots Will Be "As a Service."

As medical technology advances, we’re seeing the emergence and the importance of the ‘as-a-service’ model for medical devices. Specifically, the procurement of surgical robots as a capital expenditure is changing to include an on-demand robot usage model.  Increasing healthcare costs, driven in part, by a worldwide pandemic, is driving medical device manufacturers to rethink their CAPEX heavy business models, which must be approved by hospital’s value-added committees (VAC).

Currently, it appears that the device manufacturers have built their entire business on an upfront capital-intensive business model (surgical robots, diagnostics and imaging machines) forfeiting the smaller rural and community hospitals that are unable to get the latest medical technology.  Many of these smaller hospitals rely on receiving federal grants to survive and more than often these hospitals cannot afford the latest equipment due to heavy upfront capital costs.

Historically, businesses in nearly every industry have had to radically revise their infrastructure and cost savings models by shifting away from large capital expenses to operational expenditures.  Cloud-based applications for legal, accounting, sales, HR, customer relationship management (CRM), and everything in between have all shifted to a subscription Software-as-a-Service (SaaS) model.  No longer do these companies face significant up-front capital outlays in purchasing enterprise equipment to support their infrastructures.  The SaaS business models have alleviated overhead pressure on corporations whereby cloud services are becoming more mainstream.  Companies in the late 1990s and early 2000’s who failed to shift their business model from the enterprise-based model to the cloud subscription model paid a heavy price.

Medical device manufactures are now facing the same challenge.  It is critical for hospitals—both large and rural—to acquire surgical robots without upfront capital costs and instead, allow for costs to occur on a case-by-case basis, which enables new personalized case, pricing models.  Device manufacturers must adjust their business model, particularly for surgical robots where upfront capital costs can exceed $1 million.

Adopting the ‘as a service’ model may not be easy because most device manufactures built their original business models based on an upfront CapEx for early one-time revenue. However, today’s downward pressure on healthcare costs is not abating, and hospital VAC committees are pushing back on device manufacturers forcing them to find new ways to sell their devices. This was the exact problem enterprise companies faced 20 years ago that gave rise to the SaaS model.

Device manufacturers may be slow to incorporate the new revenue model, because as a service revenue model, initially does not climb as fast as the upfront CAPEX sales models.  To mitigate this, device companies will need to build out their sales models based on usage, versus a one-time sale of their products.  By doing this, these manufacturers will gradually build a solid base of surgical cases until they reach the tipping point, where the culminating case number begins to generate a positive cash flow on their P&L.

When freed from a CAPEX model, teaching and community hospitals and surgical centers will be able to benefit from the latest robotic technology.  Further, personalized case pricing will become the norm, and the costs to use a surgical robot will be based on how the surgeon chooses to use the robot for that specific case. On-demand robot usage for hospitals removes the need to recoup CAPEX.  This allows the community hospitals and surgical centers, where profits are often razor-thin, to increase surgical efficacy and provide better patient outcomes. Additionally, as more surgeons are “robot ready” after medical school, access to surgical robots becomes critical for hospitals to recruit new surgeons.

With the arrival of the next generation of surgical robots, the market is poised to bring profound benefits to patients, physicians, and hospitals worldwide. The as-a-service model has benefitted countless industries and companies, and now the surgical robot device manufacturers must step up and change their business model in order to stay competitive in the on-demand robot industry.