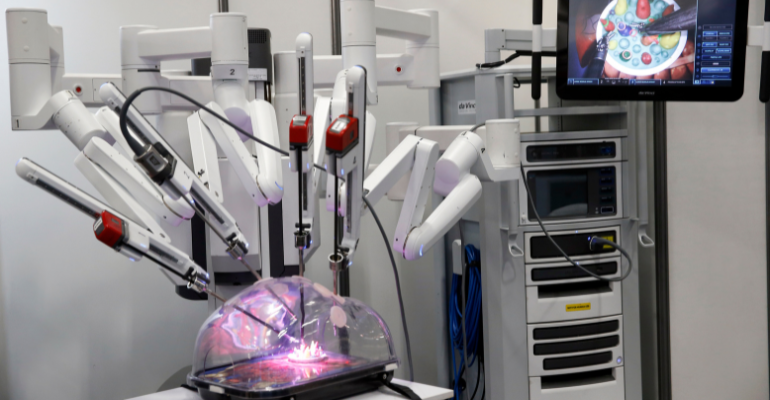 What a recent coverage decision means for Intuitive Surgical and the Taiwanese robotics market.

The National Health Insurance Administration (NHIA) said 17 robot-assisted surgeries will be covered by the NHI. The decision was made in late December. The NHIA expects about 1,000 patients a year will benefit from the coverage.

BTIG medtech analysts estimate that there are somewhere between 20 to 25 da Vinci systems in the Taiwanese market today, according to a report by BTIG's Ryan Zimmerman. He also noted that the first da Vinci procedure took place in Taiwan in 2004 and the da Vinci system has strong penetration within the existing medical centers that have surgical robotics programs.

"Consensus is expecting procedure growth of 15.9% Y/Y for FY23 and we think the positive insurance coverage decision in Taiwan could provide a small boost to procedure growth," Zimmerman wrote.

The analyst also estimated that on a worldwide basis, most da Vinci systems are averaging about 250 procedures per system, although that varies by geography.

The NHI has covered radical prostatectomies and partial nephrectomies performed by the system since January 2016 and December 2019, respectively. In 2021, The Taiwan Society of Thoracic Surgeons, the Taiwan Pancreas Society, and other medical associations called on the agency to include other coverage for other procedures, such as partial liver resection, according to a Taiwan News report.