HomeTechnologiesRoboticsMedtronic Takes a Big Leap in Small Spine Surgery with FDA Nod
Recent
Technologies
Medtech Veteran Breathes New Life into HIFU Company
Sep 27, 2021
A New Medtech IPO Could Be on the Way
Sep 27, 2021
The European Commission Isn’t Happy with Illumina
Sep 27, 2021
Medtech in a Minute: Axonics Refuses to Be Intimidated By Medtronic, and More
Sep 27, 2021 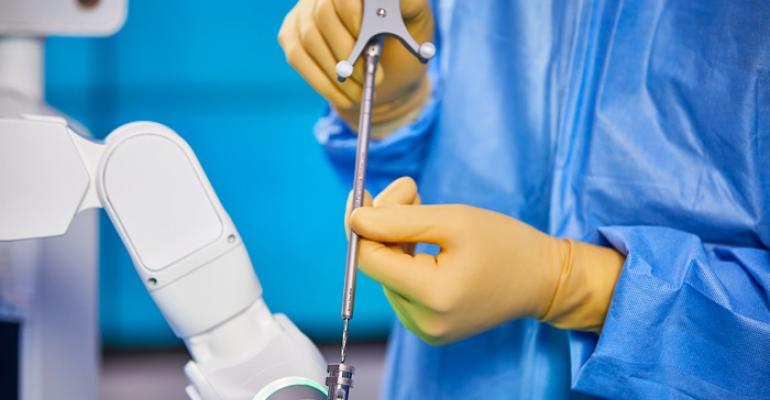 The Dublin-based company won FDA clearance for the use of navigated interbody and Midas Rex high-speed drills with the Mazor Robotic Guidance System.

Medtronic began its Wednesday by strengthening its position in the surgical robotics space. The Dublin-based company won FDA clearance for the use of navigated interbody and Midas Rex high-speed drills with the Mazor Robotic Guidance System.

The firm said the clearance came in earlier than anticipated.

With the clearance, the Mazor platform can now provide surgeons with procedural integration by combining the power of Midas Rex drills with the visibility and navigation from the StealthStation software.

"Transforming spinal care is a top priority for Medtronic and we work closely with customers to develop products that anticipate their needs," said Linnea Burman, vice president & general manager, enabling technologies: cranial & spinal technologies, which is reported as part of the Restorative Therapies Group at Medtronic. "With these recent clearances, we have advanced the Mazor platform by increasing its utility, improving its precision, and adding capabilities as we drive toward our goal of delivering value-driven solutions for unmet needs."

Medtronic inherited the robotic platform when it acquired Mazor Robotics for $1.64 billion. Before the acquisition, the medtech giant had an equity stake in Mazor Robotics.

There has been a great deal of development in the surgical robotics space throughout 2020.

Johnson & Johnson perhaps made the most news in the space when it had its big surgical robotics reveal of the Ottava platform last month.

The New Brunswick, NJ-based company found a nice entry point to compete in surgical robotics through its Verb joint venture with Verily Life Sciences. However, in 2019 J&J took the next big step by buying out Verily’s interest in Verb.

This acquisition was perhaps the grand finale of a year’s worth of deals and moves J&J put in place to further enhance its surgical robotics technology. And let us not forget the company's $3.4 billion acquisition of Auris Health, one of medtech's largest deals of 2019.

Medtronic dominated headlines in September of 2019 when it had a big reveal of its surgical robot. The platform and J&J’s Ottava surgical robot could shape up to be significant competitors to Intuitive Surgical. The Sunnyvale, CA-based company’s da vinci robot has been the market leader in the space for 20 years.