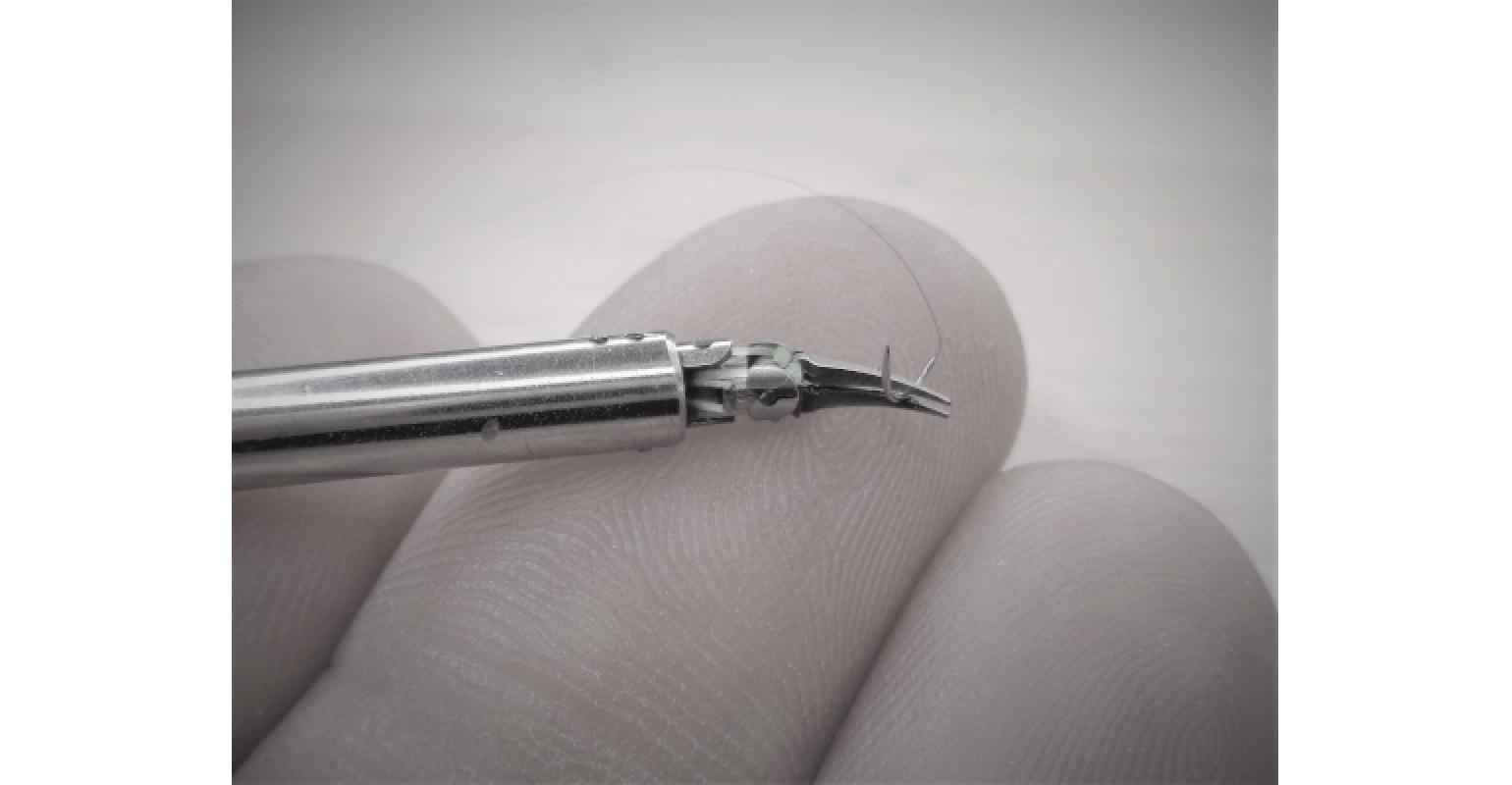 Robots bring new scale to microsurgery and beyond.

Two European companies are betting their futures on a so-far unexploited niche in robotic surgery—the literally tiny fields of microsurgery and supermicrosurgery.

One of these vendors, Calci, Italy-based Medical Microinstruments (MMI) SpA, has already launched its Symani surgical system commercially. The other, Eindhoven, Netherlands-based Microsure, expects to launch its MUSA robot some time in 2022. Both companies have received their CE Mark and significant interest from investors, including the European Union’s European Investment Bank.

Massimiliano Simi, co-founder and vice president of research and development at MMI, said the presence of Microsure’s competition helps convince him the market is primed for microsurgical robots. “I hope others come into the field,” Simi said. “That means others have tapped into the needs of the market. It’s clear that when you are alone or a visionary, you are fantastic or you are mad.

“The others probably will come one day, but not until the market is proven. I think that has helped us, but we constantly monitor and consider how long it could take others to reach our level. We’ve worked to make this distance as large as possible.”

Mark Vrancken Peeters, chief medical officer of Microsure, largely concurs with Simi’s assessment of the companies’ head start in establishing the robotic microsurgical market. “I think it will be very hard for general robotic surgical companies, without developing a specific machine for it, to enter this particular market,” Peeters said.

MMI and Microsure approached the way they fabricate their technology from different directions. MMI perfected its microsurgical instruments first and still develops them internally, while Microsure plans to contract out instrument fabrication. But the dearth of existing microsurgical robotic technology, and a small pool of surgeons skilled enough to perform surgeries that can entail connecting vessels with diameters between 0.3 and 0.8 mm for reconstruction of lymphatic function and vascularized tissue transplantation, could mean there’s plenty of room in what MMI’s former CEO, Giuseppe Prisco, called a $2.5 billion annual market opportunity. 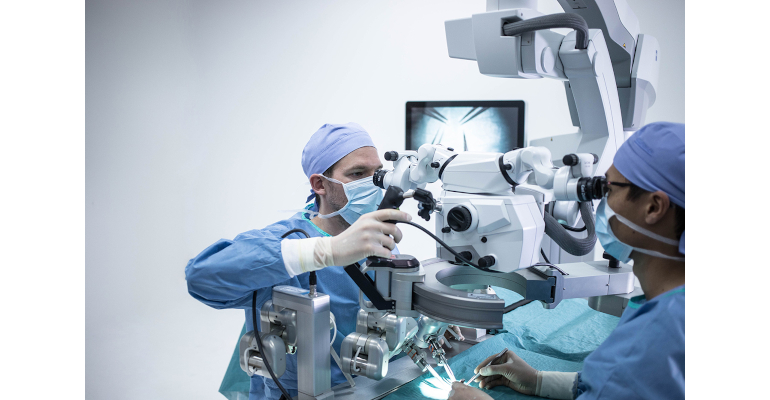 Both MMI and Microsure appear to be promoting their machines to that market in similar ways: By first appealing to those surgeons already accomplished at microsurgery and gradually expanding that surgical cohort with the increased precision the robot can deliver. The list of patients waiting for such operations is long, Simi and Peeters said, given the small number of surgeons with the requisite skills.

“First of all, you need to build an instrument so you can do better patient care,” Peeters said. “The doctors who are already very good at it will try the robot and find it gives them more comfort and a better way to do the procedures they already do, and with better outcomes. That is the start.”

Added Simi: “Everyone talks about ‘democratizing surgery,’ but it’s true. Worldwide, there are a lot of microsurgery cases that are not being done. You have to wait so long because there are so few surgeons who can do it well. So, expanding the market is one goal. The other is to raise the bar of what humans can do in microsurgery.”

The two companies’ emergence also presents an opportunity to look more closely at one of robotic surgery’s foundational technologies, motion scaling, in which a surgeon’s hand movement is proportionally reduced, or scaled, by the robot’s controlling software. Recent research has also shown that motion scaling is a technology that can evolve not only to mitigate the peripheral motions of a surgeon’s hands, but also the effects of time delay in remote surgery. Before long, robots may also be able to store and analyze data from any given surgeon’s procedures and automatically determine what degree of motion scaling leads to the most efficient operation.

The study of motion scaling and robotic surgery goes back almost two decades. One groundbreaking study, published in the Journal of the American College of Surgeons in 2004, discovered that scaling was the dominant factor in improving the accuracy of robotic systems. That study looked at what it called “moderate” (2.5:1) and “fine” (7:1) motion scaling; in MMI’s Symani system, though, the scaling begins at 7:1 and goes up to 20:1. 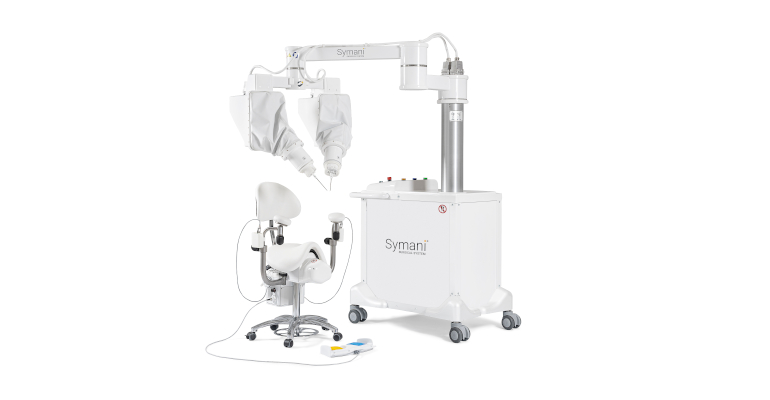 Both Simi and Peeters cited competitive considerations in not divulging details of their robots’ motion scaling algorithms, but the technology is still receiving significant research interest. At the University of California, San Diego, for instance, researchers recently found that employing motion scaling helped to reduce surgical errors and improve task completion time in the context of time delays as might be encountered in remote robotic telesurgery. Ryan Orosco, M.D., a surgeon who specializes in head and neck oncology and reconstruction, said that, while he thinks the worldwide market for robotic microsurgery, and especially robotic supermicrosurgery, will remain a small niche for some time, continuing research into motion scaling is important as new use cases, such as the work his team has done on time delay, are realized. He also said work into these software advances needs more visibility in the regulatory discussion.

“The FDA approval process for robotic systems is established,” he said. “To my knowledge there is no established pathway for the development of new software tweaks to that robotic system. What does that mean? What sort of studies or tests or validations need to be done with that? I don’t know and I don’t think anyone probably knows.”

Reinforced learning (RL) in motion scaling might be one of those software tweaks Orosco mentioned. He and colleagues Michael Yip and Florian Richter have published on creating open source RL environments for Intuitive Surgical’s da Vinci robots (Intuitive did not comment on this story).

“Every surgeon is different,” Yip, the director of UCSD’s Advanced Robotics and Controls Laboratory, said. “So every surgeon will have their best scaling level, and they might not know it. They may have one they are most comfortable with, but more interestingly, using some data science, you can figure out that there may be another setting that is potentially better.

“That is basically online reinforced learning, because you are looking at what the surgeon does, and every time they do a task, you have some information about how well they did—did they make mistakes? How long did it take them to do it? How much unnecessary motion did they have in their tools? Did they overshoot their target? All that information can be fed back and used to improve the scaling.”

So promising is the concept that Simi said MMI is already working on RL technology for its next-generation robot.

“It’s not the robot that makes the final decision,” he said, “but the robot will be able to use the data to suggest changes to the surgeon.”