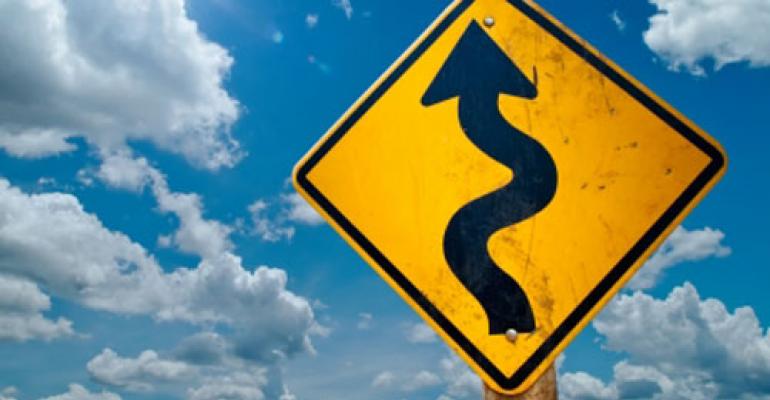 Complaints that FDA’s busiest pathway to market for medical devices is anything but straight piled up in 2014.

Complaints that FDA’s busiest pathway to market for medical devices is anything but straight piled up in 2014.

Looking back, 2014 will be remembered as the year when FDA’s busiest medical device route to market, the 510(k) “substantially equivalent” process, came under unprecedented challenge amid calls for structural change and even general abandonment.

There is dissatisfaction with the 510(k) status quo both within FDA (if unexpressed) and throughout industry and patient activist communities.

Kicking off the argument in January was a petition from the Minneapolis-based DuVal & Associates law firm on behalf of the Minnesota Medical Device Alliance and the medical device industry generally asking FDA to stop the administrative practices and definitional interpretations it has put into practice since 2009 in reviewing 510(k)s.

The petition charged that these have “dramatically changed the manner in which the 510(k) program operates. These disparate administrative practices have (a) the practical effect of changing the 510(k) program without statutory authorization; (b) ignored statutory and regulatory parameters; and (c) have made such changes without conducting notice-and-comment rulemaking to effectuate such interpretive changes.”

This would become a recurring theme over the course of 2014—not only in other DuVal filings focused on FDA 510(k) policies, but also those from other constituencies.

The Washington Legal Foundation (WLF) promptly chimed in with a letter saying that through a combination of guidance documents and regulatory actions, FDA had transformed the 510(k) process from one that encouraged development of new and innovative medical devices that are as safe as existing devices, into one that evaluates whether the device meets some absolute level of safety.

“A significant part of the blame is attributable to inadequate supervision of FDA product reviewers,” WLF commented, adding that “they are not receiving clear instructions that absolute assurance of safety is rarely attainable and that clearance is warranted under federal law whenever a new device is shown to be as safe as the predicate device.”

The degree of FDA’s tinkering with the 510(k) program surfaced in April in a federal District of Columbia Circuit Court of Appeals case involving 510(k) rescission letters. In this, it was revealed that the agency had for years been avoiding device reclassification requirements of the FD&C Act by simply writing letters to companies rescinding their product clearances administratively.

In September, the court ruled against FDA, declaring the practice illegal.

Then, in July, came Johnson & Johnson’s highly publicized withdrawal of its 510(k)-cleared laparoscopic power morcellators due to their risk of spreading cancer, leading the prominent Charleston, SC, law firm Motley Rice to join the multiple calls for 510(k) overhaul.

DuVal was back at it again—twice—in August. The firm called on FDA to stop performing so-called “stage-gated reviews” on 510(k)s because these cursory assessments lead to not substantially equivalent (NSE) letters without the agency even looking at the submission’s data. It then urged AdvaMed and MDMA, the industry’s leading trade organizations, to oppose a CDRH draft guidance on 510(k) benefit-risk factors “because it continues the assault on and erosion of the 510(k) program as we have known it.”

In July, in a Cancer Letter interview, University of Florida emeritus professor for health affairs David Challoner revived the 2013 Institute of Medicine committee recommendation that the 510(k) process be replaced, calling it “irrational.”

The 1976 Medical Device Amendments, Challoner said, designed the 510(k) process “only to last for two or three years to allow new designs and new devices to get into the post-1975 marketplace by comparison with predicate devices that had already been in the market prior to the new law. It’s designed as a transition. The device companies loved it because it got their devices into the marketplace by a clearance process not by an approval process. They have been able to make it survive politically over the ensuing 40 years.”

CDRH Tries to Clear the Air

Also in July, CDRH posted a final guidance, titled “The 510(k) Program: Evaluating Substantial Equivalence in Premarket Notifications,” intended to articulate current review practices for such submissions. It identifies, explains, and clarifies each of the critical decision points in the decision-making process FDA uses to determine substantial equivalence.

This was promptly criticized in a Ropes & Gray client update for “narrowed interpretations” of the substantial equivalence standard that should have been subject to notice and comment rulemaking under the Administrative Procedure Act.

At the end of September, Diana Zuckerman et al concluded in a JAMA Internal Medicine study of FDA data that despite the legal requirement that scientific evidence of substantial equivalence be publicly available for medical devices cleared by FDA through the 501(k) process, such information is lacking for most (84%) implanted medical devices cleared between 2008 and 2012, as well as for their predicates (97%).

At press time, the general unhappiness continued, with no likelihood of resolution in sight.