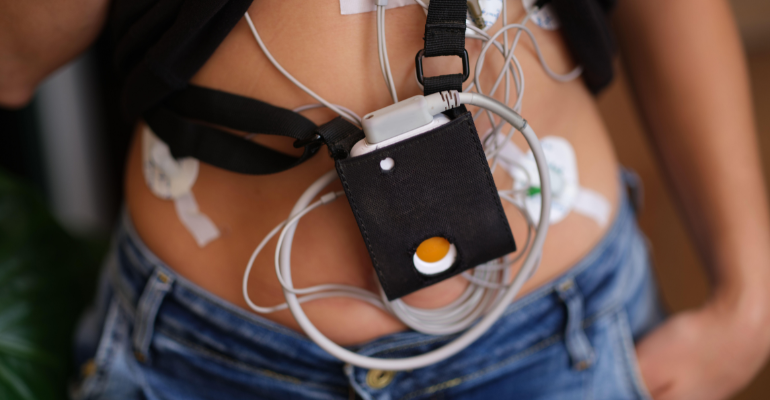 Centers for Medicare and Medicaid Services (CMS) unveiled its 2023 payment proposal. Here's how it would impact some medical device companies and sectors.

Centers for Medicare and Medicaid Services (CMS) unveiled its 2023 payment proposal, which could impact some medical device companies and sectors, either for better or for worse. The proposed rule is followed by a public comment period before the agency releases a final rule, which is expected by early November.

San Francisco, CA-based iRhythm Technologies, which had been navigating through reimbursement turbulence on a contractor level for most of last year, may stand to benefit from the CMS proposed rule for 2023.

CMS proposed relative value units (RVU) for CPT codes 93247 and 93243 and a calendar year 2023 conversion factor that, collectively with the Medicare payment reduction (sequestration) and the sequestration under the statutory pay-as-you-go, may imply national payment rates of $215 and $204 for CPT codes 93247 and 93243 codes, respectively. Based on the proposed CY 2023 geographic practice cost index (GPCI) modifiers applicable to the locations of the company’s Medicare-enrolled independent diagnostic testing facilities (IDTFs) in Lincolnshire, IL, Houston, TX and San Francisco, CA, iRhythm estimates the applicable payment rates could range from $218 to $295 for CPT code 93247 and $207 to $280 for CPT code 93243. Using the proposed rule’s implied rates and based on the company’s current expectations for volume mix across its IDTF locations in 2023, iRhythm initially estimated that if the proposed 2023 rates had been implemented for CY 2022, the impact to its revenues would have been immaterial to its current full-year 2022 revenue guidance.

David Saxon, a medtech analyst at Needham & Co., took an even closer look at the GPCI modifiers to offer a more specific breakdown for iRhythm's IDTF locations. Saxon estimates the proposed rate for code 93247 is $314 for San Francisco, CA, $241 for Lincolnshire, IL, and $232 for Houston, TX.

Marie Thibault, a medtech analyst at BTIG, also offered some insights regarding iRhythm and the potential impact of the recent CMS proposal for 2023. She calculates that the global payment rate for ECG recording for more than 48 hours and up to seven days is about $251, while the global rate for more than seven days and up to 15 days is about $266. However, the analyst also highlights two additional points to put this news into perspective for investors and other stakeholders. First, Thibault notes that this is a proposed ruling and that we could still see last minute changes with the final rule. Second, she says the proposed rate is a "perfectly viable price" that iRhythm could offset with unit volume growth.

Another BTIG medtech analyst, Ryan Zimmerman, also noted a number of what he called "potentially market-moving proposals" in the surgical glaucoma and advanced wound care spaces. Specifically, he noted in a July 8 report, modifications on physician payment rates for procedures in surgical glaucoma have been proposed, with some CPT codes impacted more than others.

"These proposals, if enacted, would dictate how and where physicians gravitate towards in terms of device utilization," Zimmerman said, adding that impacts would be felt for Alcon, Glaukos, and Sight Sciences, among others in the space.

In the advanced wound care space, CMS is proposing a meaningfully different reimbursement structure for "skin substitutes" which the analyst says would impact Integra Lifesciences, Organogenesis, and MiMedx, among others in the space.

Further explaining the impact of this proposed change in advanced wound care, Zimmerman said the treatment of chronic wounds is highly variable between patients, meaning that a single procedure or a series of procedures in a fixed payment model may not be enough to facilitate closure and/or healing of a given wound.

"This creates liability for physicians and payers, in our view. Establishing the application of skin substitutes inside an RVU would limit what options physicians may have (depending on the value of the RVU) for treatment of a given patient," he said. "This might curtail usage of some higher-dollar skin substitute products and likely negatively impact companies such as [Integra Lifesciences], [Organogenesis], and [MiMedx] if enacted. Companies that have effective but less costly treatment options might win out. That said, we think there is likely to be pushback against this proposal from industry and professional medical societies. Advanced wound care is a challenging and heterogeneous field among providers and patients, but if physicians (regardless of specialty) have to bear the costs of added treatments or products because CMS assigns a rate that doesn't fully compensate for care, it will be tough to see the industry make advances."

A company that could be negatively impacted by the proposed rule, according to Needham & Co.'s Mike Matson, is Cardiovascular Systems, Inc. The proposal includes cuts of about 8% to office-based lab (OBL) payments for peripheral atherectomy, the medtech analyst noted in a July 8 report.

"This appears to be the result of a continuation of the four-year transition for the updated clinical labor rates," Matson wrote.

While viewing the cuts as a negative, he says he believes that atherectomy procedures remain profitable for OBLs even with the proposed codes, and that he estimates OBLs only account for about 30% of the company's peripheral sales and only about 20% of its overall sales.

On the whole, CMS said the 2023 proposed rule would significantly expand access to behavioral health services, accountable care organizations, cancer screening, and dental care — particularly in rural and underserved areas. The agency said the proposed changes play a key role in the Biden-Harris Administration’s Unity Agenda — especially its priorities to tackle the nation’s mental health crisis, beat the overdose and opioid epidemic, and end cancer as we know it through the Cancer Moonshot — and ensure CMS continues to deliver on its goals of advancing health equity, driving high-quality, whole-person care, and ensuring the sustainability of the Medicare program for future generations.