Why a Court Ruling on Faxing Matters to the Device Industry 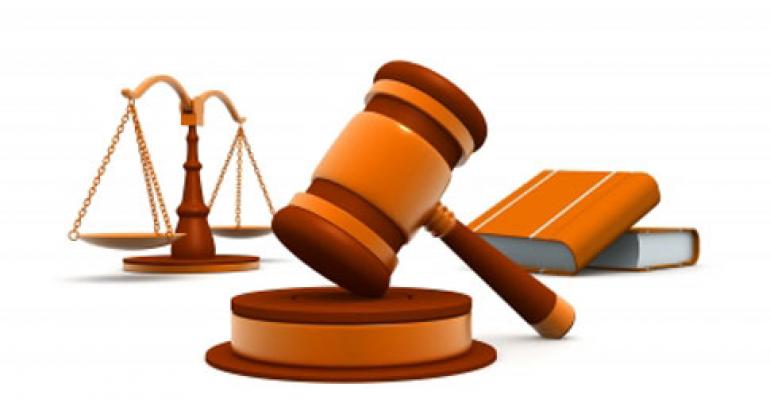 Here&#39;s how a recent D.C. Circuit Court ruling will impact faxing, which remains essential to the medical device industry because doctor’s offices, hospitals, and pharmacies still rely on it as a primary mode of communication.

Here's how a recent D.C. Circuit Court ruling will impact faxing, which remains essential to the medical device industry because doctor's offices, hospitals, and pharmacies still rely on it as a primary mode of communication.

"Believe it or not, the fax machine is not yet extinct."

So began the split-panel decision of the U.S. Court of Appeals for the District of Columbia Circuit invalidating the Federal Communication Commission's Solicited Fax Rule in Bais Yaakov of Spring Valley et al. v. FCC, 14-1234 (D.C. Cir. Mar. 31, 2017). The majority's pithy opening line reflects a truism for many businesses across the country: faxing is an infrequently utilized mode of communication, often trumped by emails and websites. However, for the medical device industry, faxing has remained a mainstay of communication because doctor's offices, hospitals, and pharmacies still rely on faxing as primary mode of communication. Thus, the Solicited Fax Rule, which was created in 2006 by the FCC, has created significant uncertainty about how medical device companies can properly communicate with customers, particularly when those communications are expected and desired.

The Solicited Fax Rule required that even fax advertisements sent with a recipient's prior express invitation or permission contain an opt-out notice requiring highly specific information dictated by the regulations. The Solicited Fax Rule presented a departure from the language of the Junk Fax Prevention Act of 2005 (JFPA), an amendment to the Telephone Consumer Protection Act applicable to fax communications. Under the JFPA, "unsolicited advertisements" which are advertising material "transmitted to any person without that person's prior express invitation or permission" require an opt-out notice. But, in 2006, the FCC, purporting to exercise its authority to issue regulations and implement the JFPA, issued the Solicited Fax Rule.

In the years that followed, market confusion and copious class action lawsuits filed by opportunistic plaintiffs (and their counsel) abounded. Many industries responded by simply stopping fax advertising. But, for some industries, like the medical device industry, that was not a feasible option. This left the medical device industry as a primary target for crippling class action litigation because of the volume of faxes sent, and often with the recipient's permission. Faced with uncapped liability up to $1,500 per fax, many medical device companies were forced to settle for millions of dollars. For example, in 2015, a company specializing in orthopedics settled a junk fax suit for $6.8 million.

Fortunately, the D.C. Circuit's decision will probably help stem the onslaught of junk fax litigation where the faxes are sent with "prior express invitation or permission." In the opinion, Circuit Court Judge Kavanaugh, joined by Judge Randolph, disagreed with the FCC's position that the TCPA's requirement that businesses include opt-out notices on unsolicited faxes provides the FCC authority to require businesses to include the same opt-out on solicited advertisements. The panel reasoned that "Congress drew a line in the text of the statute between unsolicited fax advertisements and solicited fax advertisements."

The majority found the plight of Anda Inc., a pharmaceutical distributor, to be compelling. In a tale to which many in the medical device industry can likely relate, Anda was sued in a TCPA junk fax class action for sending fax advertisements to pharmacies that had consented to receive the faxes. The plaintiff's claim: the faxes did not have the detailed opt-out notice required by the regulations. In the words of the majority: "Let that soak in for a minute: Anda was potentially on the hook for $150 million for failing to include opt-out notices on faxes that the recipients had given Anda permission to send."

Rejecting the FCC's reasoning for the Solicited Fax Rule as "difficult to follow," the panel is unequivocal that "what the FCC may not do under the statute is require opt-out notices on solicited faxes that are sent with prior express invitation or permission." The panel was also nonplussed by the FCC's resort to public policy, reasoning that "the fact that the agency believes its Solicited Fax Rule is good policy does not change the statute's text."

In a starkly contrary view, Judge Pillard's lengthy dissent embraced the policy rationale provided by the FCC, opining that the "likely result of the court's decision is to make it harder for recipients to control what comes out of their fax machines." Having found that the FCC had authority to issue the Solicited Fax Rule, she also weighed in on an issue not reached by the majority: whether the FCC had authority to issue retroactive waivers of the opt-out notice requirement for solicited faxes. Many companies, including those in the medical device industry, had sought and received retroactive waivers due to the confusion caused by the Solicited Fax Rule. But, according to Judge Pillard, the FCC failed to establish the requisite "good cause" for issuing the waivers by overstating the confusion regulated parties experienced from the Solicited Fax Rule and "threw open the door to opportunistic waiver-seeks." She believes the FCC failed to show that the waivers were in the public interest and in fact, the FCC "eviscerated its own rule via waiver, rather than employing the limited safety valve authorized by this Court's precedents."

This decision will likely have a significant impact on pending cases.  It could be the end of the road for pending TCPA class actions involving solicited faxes sent without the detailed opt-out notice required by the regulations. And, the decision might very well hobble the cottage industry of plaintiff law firms that have been capitalizing on the Solicited Fax Rule. So, in cases where the fax was sent with permission but without an opt-out notice, the focus of the litigation will likely shift to establishing "prior express invitation or permission." This shift may also make it harder for plaintiffs to secure class certification as various courts have recognized that consent is a highly individualized issue that is typically inappropriate for class-wide resolution.

But, the class action plaintiffs are unlikely to go down without a fight and have already appealed the decision to an en banc panel of the D.C. Circuit. If rehearing is denied, the likely next step will be an appeal to the United States Supreme Court, especially given Judge Pillard's pointed dissent. As for the FCC, Chairman Pai has already spoken strongly in favor of the majority's decision, pledging that "going forward, the Commission will strive to follow the law and exercise only the authority that has been granted to us by Congress." Given his support of the decision, it appears unlikely that the FCC under his leadership will support the appeal, which might lend less credence to the merits. For the time being, it is likely that class action plaintiffs will use the appeals process as a means to keep their cottage industry alive.

While the decision allows the medical device community to breathe a (measured) sigh of relief, such businesses should remain aware of the TCPA's requirements and the impact of this decision in their operations. Some compliance best practices that medical device companies should implement include:

o   The more detailed, the better. If receiving permission to send a fax, record date, time, who gave permission, their title, and what he or she said;

o   Train sales representatives to contemporaneously record details of permission obtained in person, such as during a visit to a hospital or doctor's office;

o    If hiring a vendor to send fax marketing on your behalf, ensure the contract requires the vendor to comply with the above practices;

o   Do a litigation search to determine if the vendor has been identified in TCPA litigation;

Christine Reilly, JD is a partner in Manatt, Phelps & Phillips' TCPA compliance and class action defense practice. She is based in Los Angeles.

Diana Eisner, JD is an associate in Manatt, Phelps & Phillips' TCPA compliance and class action defense practice. She is based in Washington, D.C.