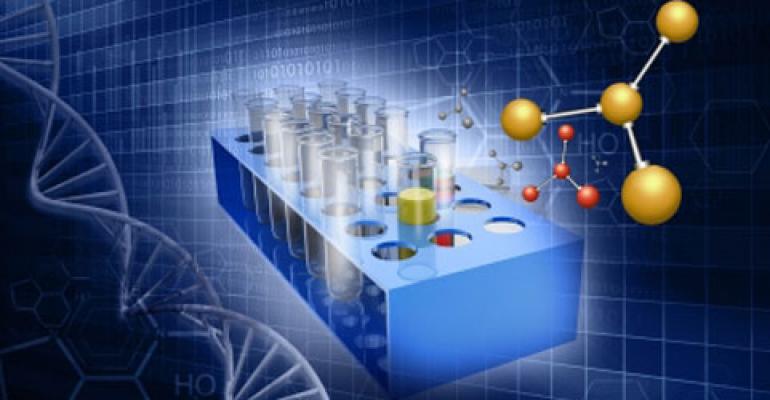 Why are we still waiting for wide-ranging diagnostics tests to be routinely available where they’re needed most?

Why are we still waiting for wide-ranging diagnostics tests to be routinely available where they’re needed most?

Microfluidics technology has long promised to revolutionize healthcare by enabling diagnostic tests to be performed at the point-of-care. The vision is compelling: a doctor loads a tiny sample of a patient’s blood, or other body fluid, into a disposable “chip” and inserts that into a portable instrument. Minutes later, the results allow treatment decisions to be made on the spot.

Despite the promise, relatively few diagnostic tests are routinely used at the point of care. There are notable exceptions, such as Abbott’s iStat system, urinalysis test strips, glucometers, blood gas analyzers, and rapid strep tests, but the vast majority of clinical samples are still transported to a centralized lab for analysis. In emergency cases such as trauma, blood samples still need to be rushed to the lab for tests such as “type and screen” to be performed “stat.”

Research into microfluidic devices is taking place at an ever-increasing number of academic institutions and startup companies worldwide and thousands of peer-reviewed articles are published in the field each year. So why are we still waiting for wide-ranging diagnostics tests to be routinely available where they’re needed most? Today, cost-per-test, operator training requirements, quality control, and regulatory certification dictate that centralized lab facilities remain the best place to perform the majority of diagnostic tests. However, these limitations could be overcome if suitable technology were available.

On-chip solutions now exist for pumping, metering, valving, mixing, and filtering samples and reagents. Cells can be sorted, biochemical reactions can be controlled, and a wide variety of sensing modalities are available. However, microfluidic research rarely focuses on the practicalities of getting samples and reagents into the chip in the first place. There are several difficult challenges holding back implementation of microfluidic devices in a healthcare setting:

Develop assays where the sample is the only liquid

For single-step assays it’s possible to draw a drop of blood into a chip via capillary action. Analytes react with lyophilized reagents directly and products are detected optically or electrically. Examples of this type of system include the Abbott iStat and the Samsung LabGeo PT10. This approach works well for simple assays, but the problem is that many assays require multiple steps with multiple reagents.

Alternatively absorbent test strips can be used for a variety of simple assays from urinalysis to blood glucose monitoring. However, these tests generally provide qualitative rather than quantitative results.

Use a centrifuge to increase gravity

By implementing channels and reaction chambers in disposable discs that are spun at high speed in a centrifuge, liquids are driven to the periphery while air bubbles are driven toward the center of the disc. Multiple assay steps can be performed by controlling centrifuge speed to move fluids from one stage to the next. These systems are very effective at removing air from samples and reagents to ensure repeatable performance but the disc format tends to add cost to the disposable and the need to spin a disc at high speed adds complexity to the instrument. Long-term storage and release of liquid reagents within a disc format is also problematic and often the user is required to pipette liquids into the discs.

A third approach is to integrate miniaturized fluid-handling mechanisms into the consumable or instrument. For example, the Cepheid XPert cartridge contains a syringe and valves to pump reagents from chamber to chamber. The Afinion AS100 instrument uses a miniature pipetting mechanism to move reagents between discrete reaction wells. These are promising approaches but require many mechanical moving parts that may add to cost.

Alere has recently announced the first CLIA-waived molecular assay for point-of-care diagnosis of Influenza A and B. Sample prep and liquid reagent transfer are performed by the operator using an ingenious transfer cartridge designed to make liquid handling foolproof.

Many assays are more complex and require multiple steps with a number of buffers and reagents. For example, during the recent Ebola outbreak in West Africa, several tests based on PCR were granted Emergency Use Authorization by the FDA. However, due to the complexity of these tests, they are more suited to use in a lab environment than at the point of care. Not only does this delay the identification of infected patients, it also raises the concern of spreading infection by transporting blood samples to core facilities.

For point-of-care testing to reach its full potential, technology needs to be available to allow more complex assays to be CLIA-waived. Such systems will need the following attributes:

By addressing these technical challenges, a broader range of assays will be moved out of the central lab to unleash the full potential of point-of-care diagnostics.

Mark West is a principal at Continuum.

[Images courtesy of COOLDESIGN/FREEDIGITALPHOTOS.NET and CONTINUUM]