What Industry Built at FDA, Doctors Try to Unbuild 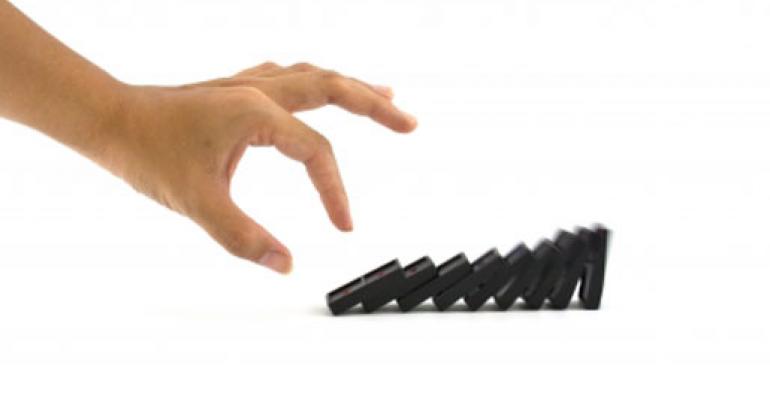 Physicians are identifying flaws in regulatory oversight of medical devices and publicizing their findings.

Physicians are identifying flaws in regulatory oversight of medical devices and publicizing their findings.

The FDA regulatory scheme for medical devices is largely the product of careful industry building since the lethal damage wrought by the Dalkon Shield intrauterine device provoked Congress to enact the 1976 Medical Device Amendments with FDA holding the keys to market entry.

Subsequent mishaps and ambitions brought further industry-tweaked legislative reforms, each crafted and negotiated with potent input from trade associations and lobbyists, and less-potent input from medical and patient groups.

Now, with the advent of user fees and the quid quo pro FDA performance goals that made them politically possible, we have a system that's substantially the product of successful industry efforts to get inside FDA and build a livable regulatory landscape.

It hasn't been a complete takeover as alleged by some critics, but it has slowed the purported exodus of U.S. companies to friendlier regulatory regimes abroad.

As a direct result, the CDRH director whose public rhetoric does not extol the benefits of medical device innovation has become an extinct species amid soaring promises of faster, easier product approvals and clearances.

But now comes the proverbial fly in the ointment: customer physicians who, energized by patient misadventures with marketed devices, see something amiss in this scheme and who take to researching and exposing its weaknesses in the media.

The newest is a scathing analysis of FDA's premarket approval (PMA) database for obstetric and gynecologic devices during the 2000-2015 timeframe, from obstetric-gynecologic physicians and other researchers at Northwestern University's McGaw Medical Center and Feinberg School of Medicine, and the University of Chicago Medical Center, published in the June 2016 issue of Obstetrics & Gynecology.

In it, Jessica R. Walter, MD et al reported that of the 18 device approvals studied, 14 (78%) met their primary clinical efficacy endpoint, only 12 were required to conduct postmarket surveillance, 42% were approved on the basis of nonrandomized controlled trials, and three were withdrawn after approval--all of which were either not referred to or not recommended for approval by FDA's obstetrics and gynecology advisory committee. In other words, these three were approved exclusively on FDA's unaided say-so.

The authors say that of these, "two failed to demonstrate clinical benefit in their pivotal trials. One device was not required to undergo postmarketing surveillance and was subsequently withdrawn as a result of patient safety concerns.

"Our results reveal significant weaknesses in the preapproval and postapproval regulation of high-risk obstetrics and gynecology devices. Greater specialty group involvement is necessary to ensure the development of safe and clinically effective devices."

In an email response to me, co-author Steven Xu said, "The primary goal of our paper was to raise awareness within the obstetrics and gynecology community surrounding device regulation and safety."

That awareness had already been significantly raised by the multi-media publicity and political efforts, previously reported here, of Philadelphia cardiothoracic surgeon Hooman Noorchashm, whose wife Amy Reed, also a physician, is fighting cancer spread throughout her body by a uterine fibroid ablation device, the power morcellator.

Their Medical Device Guardians Act (HR 5404) would amend the Food, Drug, and Cosmetic Act to require physicians and physician's offices to be treated as covered device users required to report on certain adverse events involving medical devices. As such, a covered user would be protected from having their reporting to FDA used against them in a civil case.

The lawmakers also introduced the Ariel Grace's Law (HR 5403) that would allow patients harmed by medical devices to seek legal recourse and compensation for damages.

Both bills face heavy resistance from the medical device industry if brought forward. No comparable measures have been introduced in the Senate, although Noorchashm's network is pressing to find sponsors there.

Noorchashm, an increasingly severe critic of CDRH management and the obstetric-gynecologic community, developed a form letter for his network to use in telling President Obama on the White House website that "the power morcellator disaster demonstrates that federal law does not require individual physicians to 'self-report' adverse outcomes associated with the use of FDA-approved medical devices back to FDA. This critical professional failure," it says, "has led to the premature or unnecessary loss of many unsuspecting American women's lives."

In their Obstetrics & Gynecology paper, Walter and her co-authors cite not only the Dalkon Shield disaster that led to the 1976 Medical Device Amendments, but also "several controversies surrounding medical device safety in the field demonstrating potential shortcomings of current regulation. In 2011, the FDA issued a safety warning on transvaginal mesh resulting from the risk of pelvic organ injury. Powered laparoscopic morcellators have been implicated in peritoneal seeding and possible upstaging of leiomyosarcoma. Essure, a permanent sterilization device, was originally approved along the premarket approval pathway."

"Before any possible amendments," their paper says, "certain provisions would reduce the strength of regulation surrounding medical devices by broadening the interpretation of 'valid scientific evidence' required by device manufacturers including the use of case histories rather than clinical trials to determine safety and efficacy as well as allowing third parties to review changes to already approved medical devices."

The authors also challenge industry's frequently used charge that increased FDA regulation would lead to a decrease in medical device innovation, although they acknowledge that compared with recent analyses of cardiology and ophthalmology device approvals, obstetric and gynecology devices underwent more stringent clinical evidence requirements, with only one approval between 2010 and 2015.

"Directly attributing the relatively low number of obstetrics and gynecology device approvals to the higher quality of clinical evidence leading to approval is difficult," they write, "given that medical device innovation is multifactorial with complex economic, technological, and clinical considerations. Although the medical device industry has argued that a higher burden of proof would slow innovation, there is limited evidence supporting this assertion.

"There remains a need to raise the burden of proof without stifling medical device innovation," the authors conclude, adding: "Unique payment models that tie reimbursement to clinical effect have been implemented but remain rare in the United States."

They call on both government and physician-specialty organizations representing obstetrician-gynecologists to "require more rigorous regulatory standards for the approval and post-approval tracking requirements for high-risk devices."

Further, they write, FDA should increase the use of its obstetrics and gynecology advisory committee in device reviews, and "obstetrician-gynecologists need to be more than mere end-users. Specialties such as gastroenterology and cardiology have recruited the support of physician societies to spur medical device development through device-specific registries. Organizations representing obstetrician-gynecologists should expand their efforts in this area."

As this column went to press, FDA had made no contact with the authors.