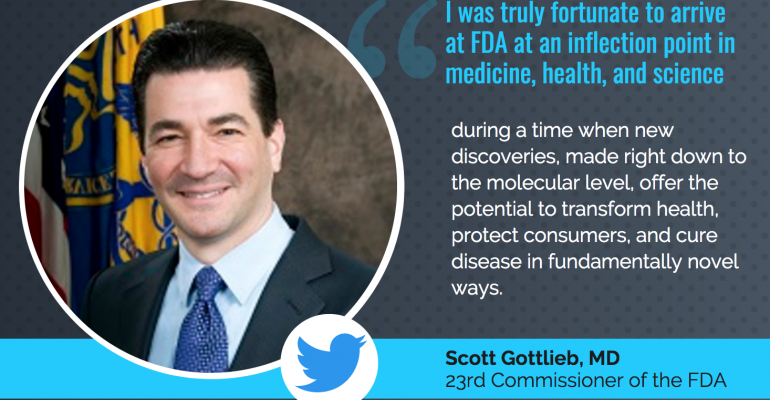 Start Slideshow ›
Scott Gottlieb, MD, was sworn in as the 23rd commissioner of FDA on May 11, 2017. The medical device industry was quick to throw its support behind Gottlieb after he was picked by President Trump to run the agency.  Gottlieb rattled the industry a month ago with news of his resignation, but nobody can accuse Gottlieb of phoning it in during his final weeks at the agency. He has released 18 official statements since announcing his resignation, and there has been a flurry of other agency activity in that time as well.
Friday marks Scott Gottlieb's final day as FDA commissioner. Here is a review of the key regulatory milestones and controversies that occurred during his time as the agency's 23rd commissioner.