HomeRegulatory & QualityThese People Are Obsessed with the Elizabeth Holmes Trial and So Are We
Recent
Regulatory & Quality
Medtech in a Minute: Garmin Shakes Things up in Wearables, and More
Jan 30, 2023
Hold onto Your Ostomy Bags, I'm About to Blow Your Mind
Jan 30, 2023
Plotting a Path for Tissue Reconstruction
Jan 29, 2023
Intuitive Shares Tank After Next-Gen Multiport Delay
Jan 27, 2023
23 Private Medtech Companies That Will Slay in 2023
Jan 27, 2023
This Week Last Year in Medtech: Jan. 22-28
Jan 26, 2023
Curapath Gets AEMPS Drug Manufacturing Thumbs Up & Other Supplier News
Jan 26, 2023
How 3D Printing Enabled a Giant Leap Forward for Ostomy Patients
Jan 26, 2023 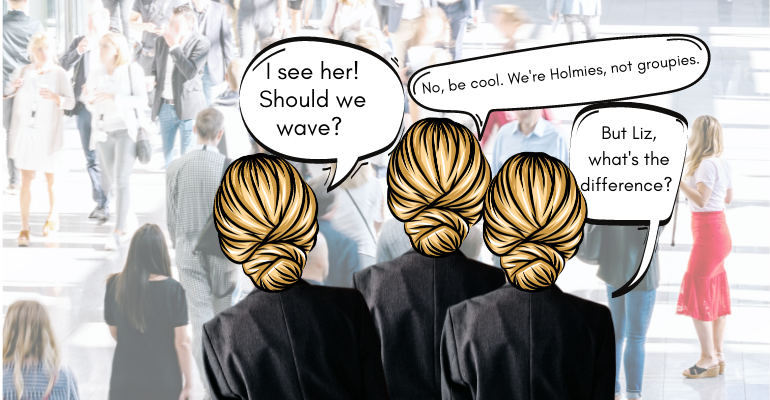 It's not just Silicon Valley that is obsessively following the Elizabeth Holmes trial. These tweets reveal just how widespread the fascination of the Theranos story has reached.

What is it about Elizabeth Holmes that has captivated so much of our attention? Is it the black turtlenecks she was known for during the Theranos days? The unnaturally deep voice with which she used to speak? The striking blue eyes that never seem to blink? Her MC. Hammer dance moves?

Whatever the reason, the tweets we've seen since Holmes' fraud trial began last week show just how widespread the fascination of the Theranos story has reached. Here are some people who seem to share our obsession with the trial.

Elizabeth Holmes has arrived at the courthouse and is surrounded by cameras. Three of her fans try to catch a glimpse without losing their spot in line. pic.twitter.com/O5AbR4XTJw

2. This man whose interest in the trial was maxed even before Elizabeth Holmes' father-in-law's shenanigans

My interest in the Elizabeth Holmes trial was at 10.0 even before this. https://t.co/bGKmJfM7mZ

3. The couple who took time off work to attend the trial

This married couple took the day off work to attend the Elizabeth Holmes trial.
They say they both work in healthcare, have long been skeptical of Theranos’ claims, and are “obsessed”
with the case. pic.twitter.com/KFMr7O6gXN

4. This woman who pretty much nailed it with her Elizabeth Holmes 2019 Halloween costume

Elizabeth Holmes’ trial starts today so I’m pouring one out for all the blondes that dressed up as her for Halloween in 2019 pic.twitter.com/BDFvTP1mCp

5. This guy who is taken by her appearance

I am obsessed with Elizabeth Holmes. She looks like an android. pic.twitter.com/E5J8Z4oOOO

6. This woman who might as well clear her calendar for the foreseeable future

The Elizabeth Holmes trial is going to take over my life for the next few months. Absolutely obsessed with this story #Theranos

Some of you won’t go on a date because of a pimple. Some won’t start a new relationship because you’ve just got out of one. Elizabeth Holmes found a hotel heir and married him while awaiting trial & facing a potential 20-year sentence. Go find the love of your life chile

9. This person who has big ideas for Holmes' next venture

I'm hoping #ElizabethHolmes can work on time travel next.

I’ll never not be obsessed with Elizabeth Holmes