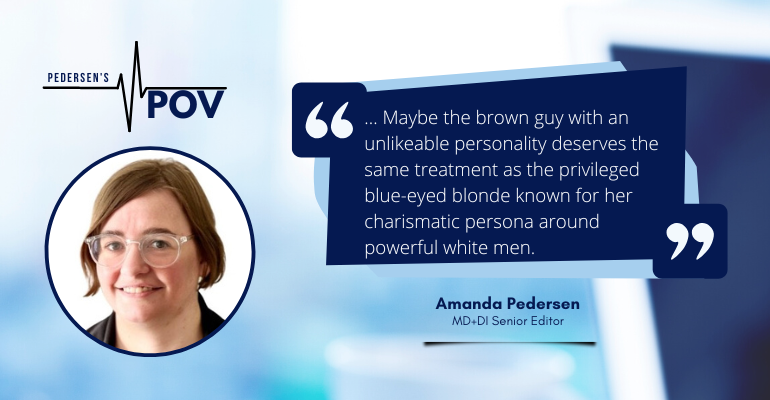 Elizabeth Holmes' play to delay her sentencing worked like a charm, as the Theranos founder is getting an evidentiary hearing today rather than the previously-scheduled sentencing. Her co-conspirator, Ramesh "Sunny" Balwani, won't get the same opportunity, however.

On Sept. 6, Holmes filed a petition for a new trial based on the reliability of testimony provided by former Theranos lab director Adam Rosendorff. Rosendorff, who testified during Holmes' trial that he repeatedly raised concerns about the accuracy of blood tests being administered to patients during his time at the failed startup, is now expressing regrets about his testimony, according to the 17-page court document.

Earlier this month during a status conference held via Zoom, the federal judge who oversaw both Theranos fraud trials ordered an evidentiary hearing during which Rosendorff will testify. Rosendorff allegedly told Holmes' partner, William Evans, that prosecutors tried to make everybody at Theranos look bad and made things sound worse than they were. Rosendorff also attempted to contact Holmes' attorney, Lance Wade of Williams & Connolly, but Wade told U.S. District Judge Edward Davila that he has not been able to communicate with Rosendorff about these concerns due to ethical restrictions on attorneys' communications with represented parties.

Rosendorff also testified during Balwani's trial, so it came as no surprise that Balwani's attorneys would also want to question Rosendorff again. Judge Davila shot Balwani's request down, however, noting that Rosendorff's alleged statements to Evans related exclusively to his testimony during Holmes' trial, not Balwani's.

Far be it from me to defend Balwani, but this latest turn of events in the Theranos legal saga has me questioning if he's getting a fair shake. Maybe Holmes simply has better lawyers. Or, maybe the same inexplicable Holmes charm that worked on Theranos investors and high-profile corporate partners is working in the courtroom as well.

For the record, I'm hoping Balwani and Holmes will both spend a good deal of time behind bars, sooner rather than later. I'm just saying that maybe the brown guy with an unlikeable personality deserves the same treatment as the privileged blue-eyed blonde known for her charismatic persona around powerful white men.

Pedersen's POV publishes every Monday. If there’s a medtech topic you would like her to consider, email [email protected] (please put “POV” in the subject line).

Sunny Balwani and the Glaring Lack of Interest in his Trial
Jun 22, 2022