BROUGHT TO YOU BY
Recent
Solutions for Bonding Liquid Silicone Rubber to Plastic Substrates
Jan 20, 2021
3 Tips for Managing an Engineering Career During a Pandemic
Jan 20, 2021
ReShape and Obalon Merge in All-Stock Transaction
Jan 20, 2021
2021 5G and Wireless Predictions Affected by COVID
Jan 19, 2021 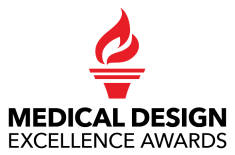 Supplier Stories for the Week of July 1
Jul 05, 2018
Here’s what was new in the world of medical device suppliers during the week of July 1.

Better Imaging for Prostate Cancer Patients?
Jun 27, 2018
Blue Earth Diagnostics shines at the 2018 annual meeting of the Society of Nuclear Medicine and Molecular Imaging, with fleshed out results from the LOCATE trial.

Supplier Stories for the Week of May 6
May 09, 2018
Here’s what was new in the world of medical device suppliers during the week of May 6.

Supplier Stories for the Week of April 22
Apr 26, 2018
Here’s what was new in the world of medical device suppliers during the week of April 22.

Orion Sheds Diagnostic Unit for $200M Plus Milestones
Apr 23, 2018
Orion Diagnostica develops Point-of-Care tests and earned about $67 million in sales for its most recent reported year.

Qiagen To Unveil 2 Liquid Biopsy Tests at AACR
Apr 13, 2018
Qiagen has developed liquid biopsy panels for prostate and lung cancer and is set to introduce the products at the American Association for Cancer Research annual meeting this week.