Stryker CEO: Why We Are Delaying Mako Total Knee Launch 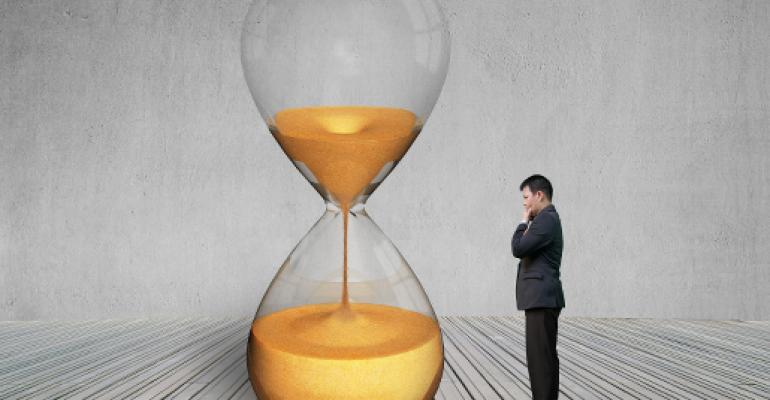 In an exclusive interview, Kevin Lobo explains why the Triathlon knee that was approved on the Mako robotics system last year is still not launched.

In an exclusive interview, Kevin Lobo explains why the Triathlon knee that was approved on the Mako robotics system last year is still not launched.

After buying Mako Surgical in December 2013, Stryker has been busy bringing its hips and knees on the surgical robotics platform.

It has been a "messy integration" though the payoff is likely to be big, acknowledged Stryker's CEO, Kevin Lobo, in a recent interview with MD+DI. Stryker's total hip product and partial knee implant can be used on the Mako system, and in August 2015 FDA approved the use of Stryker's total knee - Triathlon - on the robotic system.

But the Kalamazoo, MI, medtech company is not launching the Mako knee until 2017, well over a year after the product's approval.

That begs a question. Why?

The aim is to maximize the chance for success at launch, and right now not enough is known about how surgeons will use it, he said. That makes a launch risky.

History would suggest that is a wise move. Lobo pointed to the experience with the launch of Stryker's surgical navigation system, which has found traction in Australia but no where else."

"When it was launched, surgeons had a frustrating experience," he recalled. "They said, 'I got to do all this registration. It's slow. It's slowing me down,' and they just recoiled."

That is the exact reaction that Stryker wants to avoid with the launch of Triathlon on Mako. To gain experience regarding how surgeons would use it, Stryker is conducting two observational studies. Lobo declined to say how many patients will be involved,  noting that the trials are meant to arrive at training protocols for two surgeon cohorts.

"So we're trying to figure what's the training protocol for somebody who has never used a robot and what's the training protocol for someone who already has some robotic experience," he said. "[We want to know enough to say things like], 'You've never used a robot before, so for you it's going to take 6 cases to be proficient.' We want to set the right expectation."

The Mako robot is rumored to cost upwards of $1 million. That's expensive, but especially so at a time when certain geographic areas of the country are under CMS's bundled payment initiative that provides a fixed reimbursement amount for joint replacement spanning 72 hours before surgery through to 90 days after surgery.

One payment for a long episode of care will make hospital operators cost conscious, and while many, including Lobo believe that hospitals will look to cut costs in the recovery or post-acute care period, there may be some amount of pressure on device makers to cut costs of their products as well.

Despite that, Lobo thinks the expensive robotic system is well-suited to bundled payments because of strong clinical outcomes as well as repeatability and predictability of procedures.

"I absolutely think Mako can win in a bundled payment environment," he said. "We are going to show much less soft tissue disruption. Every surgeon is going to be able to do it the same way. we're going to have much more consistent, predictable outcomes and that's going to be enabled by a robot."

The bundled payment covers only 67 metropolitan statistical areas and goes into effect in April. Meanwhile Stryker will take the year gathering experience on the system for a big launch in 2017.

"Frankly, some of the people doing our observation are cynics of Mako, but they are world renowned key opinion leaders," Lobo said. "They are going to stand on the podium and when they speak, people are going to listen. I'd rather take a year of deliberation so that when we launch, we launch with excellence."