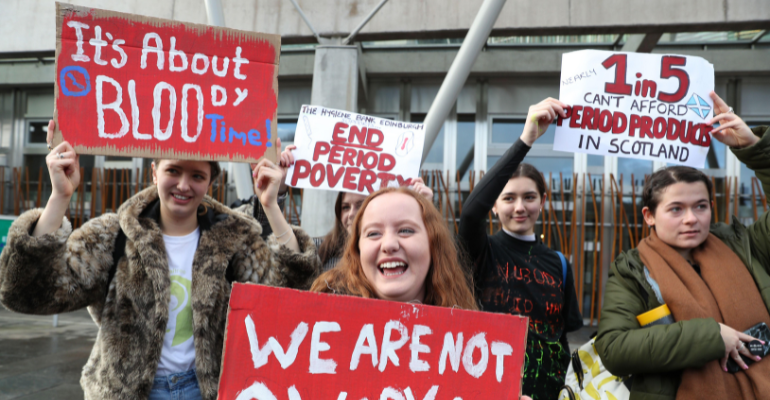 Scotland has become the first country in the world to make period products free for all.

Scotland recently became the first country to end period poverty, a term used to describe inadequate access to period products such as tampons and sanitary pads.

Awareness has grown in recent years about how access to period products can affect education and economic stability for people who need them because they often miss school or work during their period as a result of not having access to the products. Scotland is the first country to end period poverty on a national scale. Others, including New Zealand and Kenya, already distribute period products for free in public schools.

Scotland's new period poverty legislation is going into affect at a time when supply chain disruptions and inflation has led to shortages and increased costs for tampons and pads. Earlier this year tampon shortages were widely reported.

Are tampons a medical device?

In recent years, there has been debate over how FDA regulates tampons because the agency recommends but does not mandate that tampon manufacturers inform consumers of the presence of chemicals in their products. Health advocates say FDA's optional requirements for ingredient disclosure for tampons are too loose, and do not encourage ingredient transparency from tampon manufacturers.

While there is concern about the chemicals in tampons posing health risks such as neurological and immunological effects, disruptions within the endocrine and reproductive system, and cancer, advocates also say there is a lack of study into these potential risk factors, according to The Regulatory Review.

Rayon fibers used for absorbency purposes in tampons have long been associated with an increased risk of toxic shock syndrom, a potentially fatal blood infection that can occur when a tampon is left inside a woman's body for too long. That's why FDA requires tampon manufacturers to disclose the risks of toxic shock syndrome in special warning labels on tampon packaging and instructions for use.