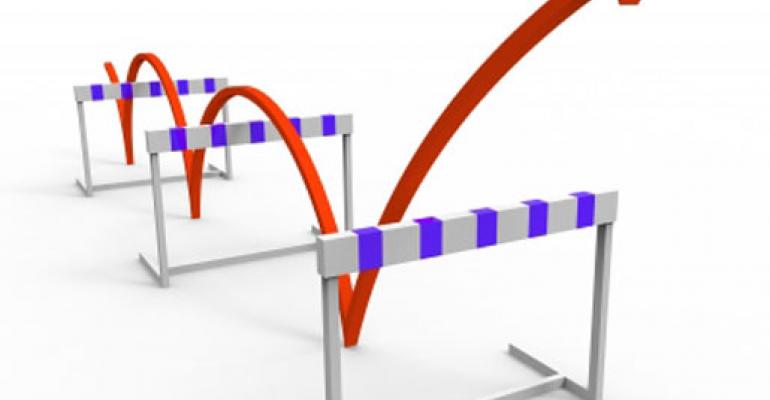 There are relatively few medical devices containing antibiotics cleared to market in the U.S. via the less burdensome 510(k) pathway. Examples of devices that have been cleared include wound dressings, various catheters, fixation pins, bone cements, and cement spacers; notably absent from that list are typical Class II implants, such as total joint replacements.

Herein lies the regulatory challenge associated with attempting to obtain clearance for devices containing antibiotics. Specifically, the submission needs to demonstrate that the benefit of adding the antibiotic outweighs the increased risks of developing antimicrobial resistance. This article outlines key challenges companies are likely to encounter when attempting to gain 510(k) clearance for devices containing antibiotics.

A combination product is defined under 21 CFR 3.2(e) as “a product comprised of two or more regulated components, i.e. drug/device, biologic/device, drug/biologic, or drug/device/biologic, that are physically, chemically or otherwise combined or mixed and produced as a single entity.” Because devices containing antibiotics are considered combination products, the first challenge a company might face is ensuring the submission is primarily reviewed within FDA by the Center for Devices and Radiological Health (CDRH) rather than the Center for Drug Evaluation and Research (CDER), which typically presents more burdensome requirements.

A combination product’s “primary mode of action” (PMOA) determines which center has primary regulatory jurisdiction. If the product’s PMOA is physical, it will be classified as a device, giving CDRH the lead; if its PMOA is chemical, it will be classified as a drug, giving CDER the lead. Review by the nonprimary center can be either collaborative, with the lead center requiring the agreement of the secondary center in order to approve the product, or consultative, in which the secondary center serves in an advisory capacity but cannot veto the lead center’s determinations.

Companies are free to submit applications directly to CDRH on the assumption that a device’s PMOA is physical, but if the review division has any question as to which mechanism of action is primary, it will informally consult with the Office of Combination Products (OCP), which was established by FDA in 2002 to provide additional guidance and organizational oversight of combination products. A key function of OCP is to assign which center has primary jurisdiction for review of combination products. If OCP decides the PMOA is not clear, CDRH will immediately stop its review and request that the company submit a Request for Designation (RFD) to determine which center has the lead.

Requests for Designation (RFDs) are limited to 15 pages of text and contain a description of the device, its intended use, and a suggested designation with supporting information that shows the product’s mechanism of action. In theory, within 60 days from the filing of the RFD, OCP will issue a "designation letter," which identifies the center responsible for regulating the product and explains the reasoning for the determination. In practice, OCP will often ask for additional information several times prior to making a final designation, with an additional 60 days added to the review with each request.

Determining whether the physical device or the chemical drug is driving the PMOA heavily depends on the intended use and technological characteristics of the product. If the indications focus on the “device” functions of the combination product, it becomes more likely that the “device” component will be viewed as primary; the converse is true when the indications focus on “drug” functions.

Consider a company seeking clearance of a catheter or bandage that contains the same drug as a previously cleared catheter or bandage, at the same dose, and on the same device material, and which is intended as a barrier to antimicrobial migration from the environment through the bandage and into the wound. This company would have a strong argument that the new product’s PMOA should place it in the “device” category. Alternatively, a pad or dressing that is indicated to treat infections and allows a new drug to elute at clinically relevant doses as the primary means of treating an infection would likely be viewed by FDA as having a drug-related PMOA. In practice, most products lie somewhere between these two extremes.

When assessing a product containing an antibiotic, FDA will likely consider some of the following questions related to intended use:

For any combination product, FDA will also assess if the device’s proposed intended use is consistent with its technological characteristics. For example, if a device is indicated for prevention of device colonization but the device actively elutes the antimicrobial drug at systemically effective doses and is resorbed over time, FDA may view the true intended use of the device as delivering a local dose of antibiotic. To address this use, FDA could request that the indications state a reduction in infection rates as opposed to the prevention of device colonization.

If the indications for a device are modified for any reason, FDA will likely perform a new analysis to determine if the “device” function or the “drug” function is now the PMOA. Thus, changes to indications, even when requested by FDA, can cause a product to change designations from device to drug. In general, it is imperative to try to avoid having to submit an RFD, given that, as long there is any supporting evidence that the PMOA is chemical, OCP appears inclined to classify products as drugs.

Assuming the PMOA is clearly physical, the next challenge the company will face is ensuring its product is regulated via the 510(k) pathway rather than the premarket approval (PMA) pathway. Although FDA has, in the past, cleared certain combination products containing drugs through the 510(k) pathway, the agency has more recently indicated it does not intend to approve new drugs or new routes of drug administration through either the 510(k) or de novo classification processes. Specifically, it appears that the agency now believes 1) that a change from systemic to local use of an approved drug is considered a change to the drug’s labeling, and 2) that the agency does not have the authority under the 510(k) provisions to modify the drug labeling. FDA’s present position is that modifications to drug labeling can only be made either via the new drug application (NDA) process for drugs or through the PMA process for devices.

To qualify as a combination product that can be cleared via the 510(k) pathway, the device will need to incorporate the same drug as one that has already been cleared in a previous 510(k). Per its guidance document, FDA will assess whether:

The degree to which the subject device is the “same” as the predicate dictates how much information is need to support substantial equivalence. As the degree of similarity lessens, more information is needed -- and the product’s chances of being 510(k) eligible decrease.

Regarding the first reason, FDA appears to make exceptions for devices that are external or externally communicating and for devices that are used in the presence of an active infection or in a patient population that is particularly susceptible to infection. Devices that continue to be indicated for the prevention of colonization that are external or externally communicating include wound dressings, catheters, and percutaneous fixation pins or wires. Because these devices are consistently exposed to microbes and present a pathway for microbes to ingress into the body, it is reasonable to assume that the prevention of their colonization will provide a clinical benefit, either as a barrier to microbial ingress or by reducing the possibility that the devices will become a reservoir for continued exposure to bacteria.

Combination products that are marketed in the presence of an active infection include antimicrobial spacers used during joint revision surgery. Combination products that are marketed in a patient population particularly susceptible to infection include antimicrobial bone cements used in the spine or in the second stage of a revision procedure. In these instances, allowing the implanted device to function as a safe harbor for microbes is likely to result in infection, and it is reasonable to assume that the prevention of device colonization will provide a clinical benefit.

The second reason that FDA could argue that the product’s primary purpose is to treat infections rather than to reduce device colonization relates to the product’s technological characteristics. The most effective way to prevent device colonization would be to fix the antimicrobial compounds to the surface of the device. Therefore, if significant amounts of the drug elute at defined times, FDA could argue that the true intended use of the device is to treat the local infection.

Assuming a combination product is sufficiently similar to a predicate device both in terms of its indications and technological characteristics, and assuming the drugs are “similar” enough to be found equivalent, the final question to be resolved is one of data requirements. As discussed above, FDA believes the risk of increased antibiotic resistance needs to be offset with a demonstrated clinical benefit. For a few device types discussed previously, it is adequate to demonstrate device colonization is being prevented, but FDA is increasingly requiring a reduction in infection rates be demonstrated for other device types.

Given the low rate of infection for most device types, it can be too large and costly to undertake a clinical study to demonstrate a reduction in infection rates, resulting in the lack of devices containing antibiotics in the U.S. market observed today. However, if a combination product provides a different clinical benefit than reduction in infection or is limited to a patient population where infection rates are high, it may become possible to design a more feasible study.

It is unclear if the policies described in this article are to the benefit (because they prevent an increase of antimicrobial resistance) or the detriment (because they prevent effective devices from reaching the market) of public health. However, we can say that in general, regulatory hurdles and uncertainties, combined with the complexity and cost of the supporting data, result in few devices containing antibiotics obtaining regulatory clearance via the 510(k) pathway.

Michael Kasser is a director of regulatory sciences at Hogan Lovells (Washington, D.C.). Reach him at [email protected]