Regulators Need to Catch Up with 3-D Printing Technology 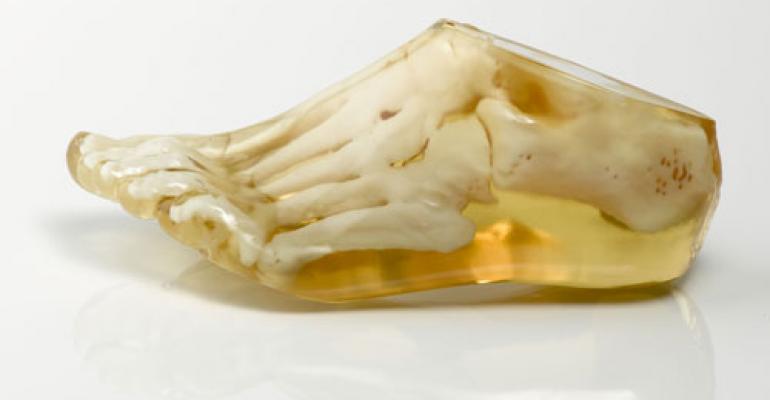 3-D printing can create medical devices that can save and improve lives, but regulators are holding up progress.

3-D printing can create medical devices that can save and improve lives, but regulators are holding up progress.

Ever since Garrett Peterson was born, his parents have had to watch him suddenly stop breathing. Garrett was born with a trachea so weak that the littlest things make it collapse, cutting off his ability to breathe. So the Petersons contacted Dr. Glenn Green at the University of Michigan, who specializes in conditions like Garrett's. Dr. Green teamed up with Scott Hollister, a biomedical engineer who runs the university's 3-D printing lab, to create a remarkable solution to Garrett's problem—a device that will hold open Garrett's windpipe until it's strong enough to work on its own.

First, they took a CT scan of Garrett's windpipe, so they could make a 3-D replica of it. Next, they used the 3-D printer to design and build a small, flexible tube to fit around the weakest parts of Garrett's windpipe. They placed the two splints on either side of Garrett's windpipe, and when they finally let air flow through into his lungs, his windpipe stayed open. The splint is designed to expand as he grows and eventually dissolve in his body as his own windpipe gets strong enough to work normally.

As amazing as this story is, there was a moment when the doctors weren’t sure if they could pull it off. Not because the technology was in question, but because you can’t legally place something inside the human anatomy without FDA approval, which came at the last minute in the case of Garrett Peterson.

“We evaluate all devices, including any that utilize 3-D printing technology, for safety and effectiveness, and appropriate benefit and risk determination, regardless of the manufacturing technologies used,” spokeswoman Susan Laine told the publication Live Science via e-mail. "In some cases, we may require manufacturers to provide us with additional data, based on the complexity of the device," she added.

According to FDA, because 3-D-printed products are made using different manufacturing methods than traditional medical devices currently used, they could also require additional or different forms of testing.

Although there are claims that full FDA approval could be many years away, some companies are already stepping up the process. According to a recent Bloomberg article, San Diego-based Organovo is using 3-D printers to create living tissue that may one day look and act like a human liver, able to cleanse the body of toxins and help reduce organ shortages and cut transplant rejections as patients receive new organs constructed from their own cells.

“3-D printing is like a new tool set,” Organovo CEO Keith Murphy told Bloomberg. “You can make a living tissue you can grow outside the body. That’s the core of our technology. ” Organovo is said to be preparing to sell strips of liver tissue to drugmakers this year to be used to test toxicity of potential treatments.

According to Jocelyn Phillips, an analyst at New York-based research firm IBISworld, “Medical 3-D printing used to be more traditional: prosthetics, hearing aids, models for surgery. Those are traditional products, made of steel and plastic. Now we’re seeing more companies looking into organs, blood vessels, skin, and those kinds of things.”

People are already living a lot longer than they did 30, 40, 50 years ago. But it’s not enough. We don’t want immortality (well, most of us don’t), but we do want to be able watch our grandkids and great-grandkids grow up a little longer. And if the FDA has to play catch up with the innovations being made in 3-D printing in order for us to see our great-grandkids graduate from high school, then it’s a race worth running.

Justin Coutu is president of R&D Technologies (North Kingstown, RI), a reseller of the Stratasys line of 3-D printing and rapid prototyping systems throughout New England. He can be reached at [email protected]