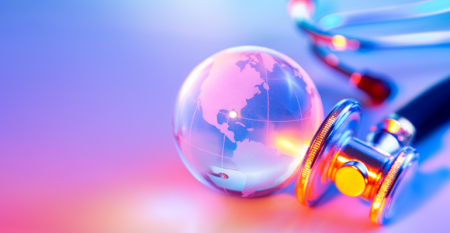 European Commission Pushes to Extend MDR Deadlines
Jan 12, 2023
The proposal now needs to be adopted by the European Parliament and the Council through an accelerated co...

Masimo Takes a Bite Out of Apple
Jan 10, 2023
Apple lost in the first round of its patent battle with Masimo.

The Future of Healthcare Is Connected & Data-Driven
Nov 30, 2022
Erez Kaminski, CEO & Founder of Ketryx, spoke about the reality of developing cloud-based software in a changing regulatory environment.

Making FDA a Friend, Not a Foe
Nov 22, 2022
During BIOMEDEVice Silicon Valley, a panel will discuss the various types of engagement that sponsors can have with FDA.

Elizabeth Holmes Sentenced to 11.25 Years for Theranos Fraud
Nov 18, 2022
The amount of restitution Elizabeth Holmes will have to pay will be determined in a separate hearing.

3M Is in Hot Water Again Over PFAS 'Forever Chemicals'
Nov 16, 2022
California is suing 3M over its use of toxic substances known as PFAS – and this isn't the first time the company has landed in legal trouble over these "forever chemicals."

'There Is No Avoiding the Scorn That Is Elizabeth Holmes'
Nov 14, 2022
Elizabeth Holmes' attorneys have asked the judge to go easy on her, arguing that she has suffered enough.

Scotland Ends Period Poverty with Bold Legislation
Oct 20, 2022
Scotland has become the first country in the world to make period products free for all.

Doing Hard Time for a Securities Crime
Oct 18, 2022
This week's Trivia Tuesday question: Which medtech company's CEO was sentenced to 20 years in federal prison for a securities fraud scheme that cost investors $756 million?

CMS Delves into Expanding Access for Emerging Technologies
Oct 13, 2022
The agency said it would work in the coming months to explore policy options.
Load More