Protecting Software as a Medical Device 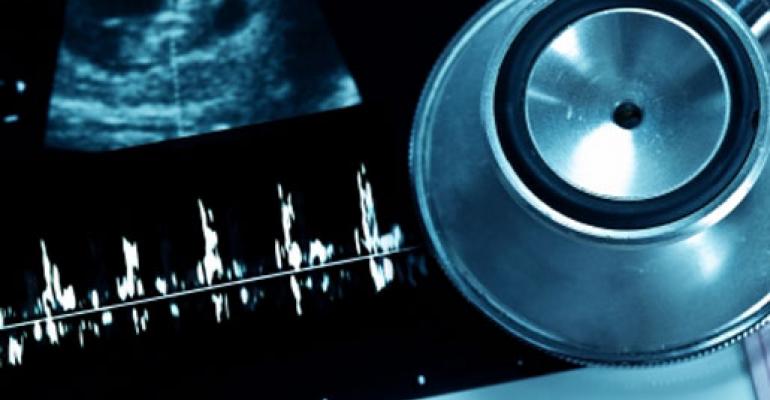 Patent protections for Software as a Medical Device are increasingly important due to the additional investments in clinical evaluation that may be needed to withstand the FDA scrutiny under the new draft guidelines.

Patent protections for Software as a Medical Device are increasingly important due to the additional investments in clinical evaluation that may be needed to withstand the FDA scrutiny under the new draft guidelines.

In August, FDA released draft guidance entitled "Software as a Medical Device (SaMD): Clinical Evaluation," which was prepared by the International Medical Device Regulators Forum (IMDRF) in an attempt to provide globally harmonized principles concerning clinical evaluation for medical device software. The draft guidance, when finalized, will represent the FDA's current thinking on the topic of clinical evaluation of SaMD.

Though important in its own right, the increased regulatory scrutiny of medical device software begs the question: is such software protectable under the U.S. patent laws? Patent protection for SaMD may be an important avenue to protect market share, and offset increased costs of clinical evaluation, as it does for other medical devices. Accordingly, it is important to understand the extent of patent protection available to SaMD in light of recent decisions by the U.S. Supreme Court and Court of Appeals for the Federal Circuit.

The draft guidance prepared by the IMDRF defines SaMD as software intended to be used for one or more medical purposes without being part of a hardware medical device. Such software may work on generic computing platforms, may be used as a module in combination with other products including medical devices, and may interface with other medical devices or other general purpose software. Examples of SaMD include: software that is intended to diagnose a condition using an accelerometer in a digital camera; software that allows a generic smartphone to view images for diagnostic purposes obtained from MRI; software that performs image post-processing for aiding the detection of cancer; and treatment planning software that supplies information to be used in a linear accelerator device.

However, software is not SaMD if its intended purpose is to "drive" a hardware medical device. Examples of software that "drive" hardware include software used to drive or control the motors and pumping of medication in an infusion pump; software used in closed loop control in an implantable pacemaker; and software that relies on data from a medical device but does not have a medical purpose, such as encryption software and hospital communication software.

Generally speaking, the draft guidance ties the requisite level of clinical evaluation of SaMD to two main factors: 1) the significance of information provided by SaMD to a healthcare decision, such as whether the SaMD is used to treat or diagnose, drive clinical management, or merely informs clinical management; and 2) the healthcare situation or condition impacted by the information provided by the SaMD, be it critical, serious, or non-serious. Because SaMD providers may need to make additional, costly investments in clinical evaluation of their software given the draft guidance, especially where the software is used in diagnosis or treatment of critical healthcare situations or conditions, it is expected that a number of providers will intensify their efforts to protect their intellectual property rights in the SaMD.

SaMD may be protected under the U.S. patent laws if, among other things, the software is patent-eligible. Section § 101 of the Patent Act confers subject matter eligibility to "any new and useful process, machine, manufacture, or composition of matter." 35 U.S.C. § 101. However, the Supreme Court has "long held that this provision contains an important implicit exception: Laws of nature, natural phenomena, and abstract ideas are not patentable." [Ass'n for Molecular Pathology v. Myriad Genetics, Inc., 133 S. Ct. 2107, 2116 (2013).]

While the specific question of the extent of patent protection available for SaMD has not been addressed, recent decisions from the Supreme Court and Federal Circuit are instructive on this evolving area of the law.

One decision that has dramatically changed the patent eligibility landscape is the Supreme Court's decision in Alice Corp. Pty. v. CLS Bank Int'l., [134 S. Ct. 2347 (2014)]. This case involved a computer coded method for mitigating settlement risk in financial transactions by using a computer system as a third-party intermediary. In its decision, the Supreme Court ruled that the mathematical formulas for intermediated settlement were part of fundamental economic practice and thus directed to an unpatentable abstract idea. Additionally, the Supreme Court held that the instantiation of those formulas in a generic computer system failed to provide an "inventive concept" sufficient to turn the abstract idea into a patent-eligible application.

The Alice decision followed on the heels of another Supreme Court decision captioned Mayo Collaborative Servs. v. Prometheus Labs., Inc., which involved a method for measuring metabolites in the bloodstream in order to calibrate the appropriate dosage of thiopurine drugs in the treatment of autoimmune diseases. [132 S. Ct. 1289 (2012).] Here, the claimed method correlated the relationship between the concentration of certain metabolites and the likelihood that a drug dosage would be harmful or effective. The Supreme Court held that the method amounted to "nothing significantly more than an instruction to doctors to apply the applicable laws when treating their patients," which is not patent-eligible. [132 S. Ct. at 1298.] Though Mayo did not involve software, its precepts have been applied in cases dealing with software, such as Alice.

In view of the Alice and Mayo decisions, one important question when assessing the patentability of SaMD is whether the software provides an "inventive concept."  Again, while the courts have not specifically addressed the "inventive concept" factor in the context of SaMD, a number of decisions exist to which SaMD providers may look to for guidance.  For instance, in Bascom Glob. Internet Servs., Inc. v. AT&T Mobility LLC, the Federal Circuit held that a patent for filtering Internet content at a remote server was patent eligible because the patent did not merely recite an abstract idea of filtering performed on a generic computer, but rather described a particular arrangement and order of software and hardware elements that improved upon conventional filtering methods. Similarly, a number of other cases have held that where the claims of a software patent override conventional computer sequences or systems, or improve upon the functioning of a computer itself, then the claims may be patentable: DDR Holdings, LLC v. Hotels.com, L.P., 773 F.3d 1245 (Fed. Cir. 2014); Enfish, LLC v. Microsoft Corp., 822 F.3d 1327 (Fed. Cir. 2016); McRO, Inc. v. Bandai Namco Games Am. Inc., 837 F.3d 1299 (Fed. Cir. 2016).  Accordingly, when evaluating the patentability of a particular SaMD, it is useful to understand whether the SaMD improves upon the functions of any associated computing environment or related medical device hardware.

For SaMD in which the software is part of a process that includes hardware components, the SaMD may be patentable as part of the overall process even if the SaMD itself performs computations using a mathematical law of nature. For instance, in one case, the Supreme Court upheld the patent eligibility of a process for molding rubber using the Arrhenius equation. [Diamond v. Diehr, 450 U.S. 175 (1981).] In that case, the Supreme Court held that although the Arrhenius equation was a law of nature and thus not patentable by itself, the overall process was patent eligible because of the way the additional steps of the process integrated the equation into the process as a whole.

In summary, patent protections for SaMD are increasingly important due to the additional investments in clinical evaluation that may be needed to withstand the FDA scrutiny under the new draft guidelines. While the question of what constitutes patentable subject matter is one of the most hotly argued concepts in US patent jurisprudence, recent case law suggests that SaMD is more likely to be protectable under US patent laws when it improves upon conventional computing methods in the medical device industry, enhances the functioning of a computer itself, improves upon its associated medical device hardware, or serves as an element in a larger patent-eligible process.

Baldassare Vinti is a partner in the Patent Law and Intellectual Property Groups at Proskauer. His practice focuses on litigating patent and intellectual property cases in federal and state courts, as well as before the International Trade Commission. He can be reached at [email protected].

Daniel Werb, associate at the firm, assisted in the preparation of this article.