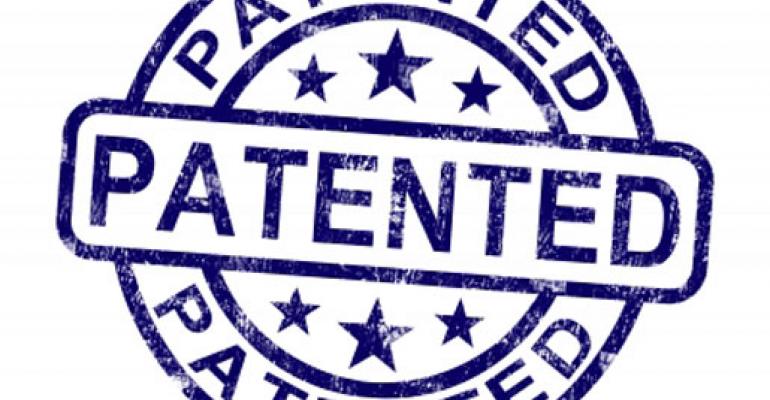 Recent developments in patent law have made it more difficult to secure patent protection for certain technologies for healthy aging, such as personalized medicine, new diagnostics, biologics, interconnectivity, and big data. Learn what factors can make these technologies patent-eligible inventions.

Recent developments in patent law have made it more difficult to secure patent protection for certain technologies for healthy aging,  such as personalized medicine, new diagnostics, biologics, interconnectivity, and big data. Learn what factors can make these technologies patent-eligible inventions.

As with any other technology, the availability of patent protection continues to play an important role in driving innovation in healthy aging technologies. A patentee has a legal right to exclude others from practicing, manufacturing, and selling the patented technology.  As a result, patents can increase the value of a new technology and facilitate commercialization of the patented technology.

The U.S. Constitution provides grounds for granting inventors an exclusive right to their discoveries; however, not all discoveries are patent-eligible. Section 101 of the Patent Act defines patent-eligible subject matter to be "any new and useful process, machine, manufacture, or composition of matter, or any new and useful improvements thereof."

However, even if a discovery falls within these categories, courts have held that laws of nature, natural phenomena, and abstract ideas are not patent-eligible. The rationale behind these "judicially recognized exceptions" is that certain knowledge should be free to use by everyone. Therefore, while discoveries that are considered laws of nature, natural phenomena, or abstract ideas are themselves not patent-eligible, methods and products employing these discoveries to perform a real-word function are patent-eligible.

As to whether a discovery amounts to "significantly more" than the judicial exception itself, the Court in Mayo Collaborative Services v. Prometheus Laboratories (2012) addressed the patent eligibility of claims to methods of administering a medication to a patient, measuring a subsequent level of a metabolite of the medication in the patient, and adjusting the amount of medication delivered to the patient based on the measured metabolite level to increase the efficacy of the treatment. The Court found that these claims were not patent-eligible, finding the claimed relationship between metabolite concentration and the therapeutic efficacy of the medication to be an unpatentable natural law without significantly more.

In a case involving isolated biochemical compounds, the Court in Association for Molecular Pathology v. Myriad Genetics (2013) held that a naturally occurring DNA segment was a natural phenomenon, and not patent-eligible merely because it had been isolated. In contrast, the court held that complementary DNA (cDNA) synthesized from a single-stranded RNA was patent-eligible as it is not a natural product of cell function.

In addition, the Court in Alice Corp. v. CLS Bank Int'l (2014) held that patent claims related to a computerized scheme for mitigating settlement risk were directed to the abstract idea of intermediated settlement, and further that implementation of the method on a generic computer failed to add enough to the abstract idea to make the claims a patent-eligible invention.

The Federal Circuit has applied the framework set forth by the Supreme Court, often referred to as the Mayo/Alice framework, in a series of cases reflecting the narrowed scope of patent-eligible subject matter mandated by these Supreme Court decisions. For example, in Ariosa Diagnostics, Inc. v. Sequenom, Inc. (2015), the court invalidated claims to methods of detecting cell-free fetal DNA (cffDNA) as directed to natural phenomena. Although the claims included additional steps related to amplification and detection of the cffDNA from maternal serum and plasma samples, the court held that these steps were conventional, and therefore insufficient to make the discovery a patentable invention, even though the court agreed that the technology itself was revolutionary.

The Mayo/Alice Framework and the Healthy Aging Industry

The impact of the Mayo/Alice framework differs from technology to technology. Accordingly, the impact of the recent narrowing scope of patent-eligible subject matter on products for healthy aging will differ depending on the type of technology involved. For example, traditional medical devices and pharmaceuticals for older adults will remain patent-eligible under the new framework. However, the new technologies that show great promise for supporting healthy aging such as personalized medicine, new diagnostics, biologics, interconnectivity, and big data may be significantly impacted by the Mayo/Alice framework, and placed at a disadvantage in commercialization. For example, patent claims directed to various diagnostics or genetic testing for personalized medicine could be deemed to be unpatentable laws of nature or abstract ideas as shown in Mayo, Myriad, or Ariosa cases. Patent claims directed to interconnectivity or big data processing technologies may be interpreted to be unpatentable abstract ideas, as in Alice. Claims to biologics or biopharmaceuticals can be considered to be unpatentable natural phenomena.

Guidelines provided by the United States Patent and Trademark Office (USPTO) provide helpful guidance in meeting the patent eligibility standards for diagnostics. Applying the Mayo/Alice Framework to determine patent eligibility of such claims, the USPTO suggested that claimed steps that are part of the diagnostic method should go beyond a mere instruction to apply a "law of nature," or "abstract idea." Including non-routine or unconventional technical steps can be one way that a claim to a diagnostic may be rendered patent-eligible.

Recent Federal Circuit decisions provide further insight as to what constitutes a patent-eligible invention. In Rapid Litigation Management v. Cellzdirect, the court upheld the validity of claims to a method of preserving hepatocytes that entailed separating and cryopreserving viable hepatocytes. Similarly, in BASCOM Global Internet Services v. AT&T Mobility LLC, the Federal Circuit found that patent eligibility may be conferred by a non-conventional arrangement of conventional software modules. Additionally, the Federal Circuit's decision in McRo, Inc. v. Bandai Namco Games America found that claims reciting a specific approach to addressing a technological problem were patent eligible because they were not directed to an abstract idea but rather to a specific solution to the technological problem.

Even though recent developments in patent law have made it more difficult to secure patent protection for certain technologies within the healthy aging field, there are still ways to make such inventions patent-eligible. Patent counsel can guide you through the changing legal landscape to ensure that your patent applications and claims are drafted in such a way as to maximize your likelihood of securing commercially-valuable patents. This is especially true in the healthy aging field, where various technologies, including those targeted by the courts as discussed above, are converging.

The content of this article is provided for informational purposes only, is not legal advice, and is not intended to be a substitute for professional legal counsel.

Rose Thiessen, JD, PhD is a partner at Knobbe Martens. Reach her at [email protected].

Nathan Lee, JD is an associate at Knobbe Martens. Reach him at [email protected].