New Guidances on the No New 510(k) Rationale

While straightforward in principle, the question of whether or not a new 510(k) is required, and what documentation is required otherwise, is one that both industry and FDA struggle with.

While straightforward in principle, the question of whether or not a new 510(k) is required, and what documentation is required otherwise, is one that both industry and FDA struggle with. 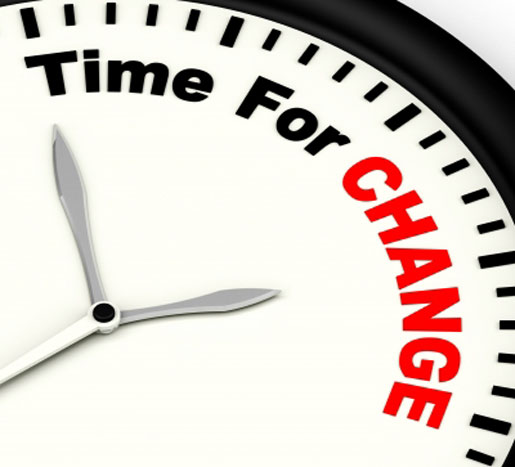 Perhaps from shortly after the dawn of the 510(k) there has been the question of what changes to an existing 510(k) cleared Class II device require a new 510(k) submission. There is a companion question of how to document that a new 510(k) is not required when that decision is made. Generally, this has been handled with a letter-to-file, and in some circle this documentation became known as the "no 510(k) rationale." This documentation is separate from the technical documentation that might accompany changes such as those mandated by the Quality System Regulations.

Recently, FDA provided new draft and final guidances on the no-510(k) issue, including the recommended content of such letters-to-file. And in one case, FDA also re-raised the question of whether the agency should be notified about changes that were determined by the manufacturer to not require a new 510(k).

The two relevant new draft guidance documents are "Deciding When to Submit a 510(k) for a Change to an Existing Device," and "Deciding When to Submit a 510(k) for a Software Change to an Existing Device." The first would replace the similarly named 1997 document. Both of these drafts include flow charts and a Q&A summary format, which require yes/no answers to navigate the chart. Some readers will remember a previous replacement draft for the 1997 version from 2011. The 2011 draft produced so much ire that Congress passed a law that included ordering FDA to withdraw it and take it down from its website, but some may have saved a copy.

In its Appendix B, the new non-software draft expressly addresses "recommendations" for the documentation of a no-510(k) decision if that is the result of the analysis. This includes that the documentation be prepared in a way that an FDA investigator or other third party could understand what the change(s) were and the rationale underlying the manufacturer's conclusion that a new 510(k) was not required. This must go beyond simply highlighting the path through the provided flowcharts or simple "yes" or "no" answers to the question without details or "robust" justification. Example drafts of such file letters are also provided.

Curiously, the software draft does not contain this level of detail. Perhaps the two documents need to be read together in the case of software changes, but this is not explicitly stated. The only reference to the general draft in the software draft is to go to the general one if your device isn't software. An FDA review of letters-to-file might result in the agency concluding that the manufacturer's decision was wrong. In this case, FDA could initiate further regulatory action including civil and criminal charges. Third parties reviewing such letters might include litigants seeking to discover and second guess the decision to avoid further FDA scrutiny with respect to any changes made, and to note in turn that the device currently being sold is not exactly the device that was cleared, or perhaps used as a predicate for a later 510(k).

Neither of the FDA drafts suggest that the agency be notified about changes covered by a no-510(k) decision (i.e., it is an internal matter that might be discovered later by FDA but might not be). In this regard in 2010, during a flurry of activity on the possible need to reform the 510(k) process, FDA conducted its own review, which resulted in a recommendation that "CDRH explore the feasibility of requiring each manufacturer to provide regular, periodic updates to the Center listing any modifications made to its device without the submission of a new 510(k), and clearly explaining why each modification noted did not warrant a new 510(k)."

This idea was not greeted with enthusiasm by industry and was never implemented. However, it recently resurfaced in an FDA letter to syringe infusion pump manufacturers pertaining to a labeling change. The letter states that if it is decided that a new 510(k) is not necessary, "please update your existing 510(k) with your revised labeling by submitting an amendment ... referencing the original 510(k) number."

The letter also notes that doing this "is not specifically recommended in the guidance," referring to the 1997 change document. Thus, at least in this instance, FDA is calling for no-510(k) decisions to be reported rather than just internally filed.

There are three interesting word usages here. One is whether or not an action that begins with "please" creates a mandate. If such a statement does create an obligatory requirement, then FDA has created what is in effect a new regulation by letter rather than by going through the regulation process. If it does not create a requirement, then what are the consequences, if any, of not doing it other than perhaps the coercive effect of being out of sync with the desires of the FDA?

This issue also arises with respect to the "recommendations" of Guidance Documents. In principle, you don't have to follow such recommendations because they aren't binding. However, the consequences of not following them can be problematic and more burdensome than following them.

The second interesting word choice is the use of the word "amendment," since in general 510(k)s cannot be amended or supplemented. This is clearly stated by FDA, as in "There are no provisions for a 510(k) amendment or supplement to the existing 510(k)." Special 510(k)s, which might come close to being an amendment, are notably not mentioned here or in the guidances. This is unlike PMAs, which have a specific and sometimes heavily used supplement process.

The third phrase cited above that is of interest is the idea that something that was not "specifically" recommended was perhaps somehow otherwise recommended, as opposed to being absent entirely. Or was it somewhat recommended, or maybe hinted at?

Change can be challenging. In addition to the engineering and clinical implications, which we shouldn't forget, there is the question of when the wide gray line of regulatory requirements is breached. While straightforward in principle, the question of whether a new 510(k) is required, and what documentation is required otherwise, is one that both industry and FDA struggle with. In general, unnecessary paper work, almost by definition, is to be avoided while effective regulatory review is, at least for FDA, its raison d'etre. Guidance documents are intended to clarify the bounds of this struggle, but whether they do in fact make the line darker and thinner is itself open to debate.