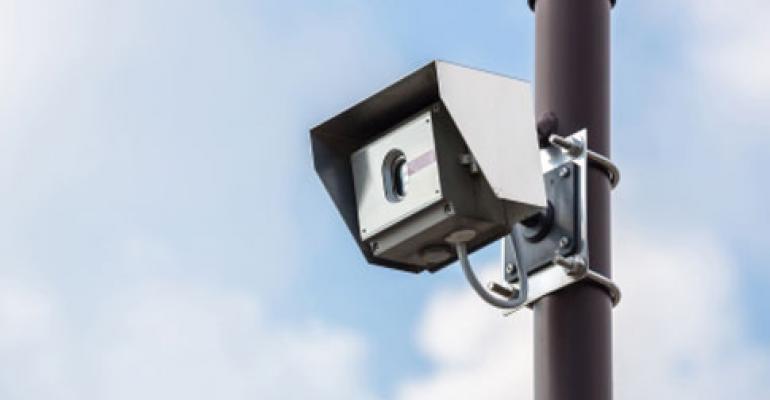 The call for improved medical device surveillance gets louder, with stakeholders pressing for public and private sector fixes in the name of device safety.

The call for improved medical device surveillance gets louder, with stakeholders pressing for public and private sector fixes in the name of device safety.

Although Congress has so far sidelined the issue of medical device surveillance in its wide-ranging 21st Century Cures legislation, other actors have emerged to keep it on Washington device watchers’ front burner.

Chief among these is the FBI which, while law makers in the waning days of May focused on rescuing intrusive NSA surveillance programs, was reported to have opened an investigation into what Johnson & Johnson knew about the cancer-spreading abilities of laparoscopic power morcellators, and when.

Like other law enforcement agencies, including FDA’s own Office of Criminal Investigations, the FBI famously does not confirm or deny the existence of an ongoing investigation—and J&J itself said it knew nothing of this one.

But “surveillance” being the buzzword of the moment, people to whom the FBI turned in its inquiries have publicly confirmed the FBI investigation’s existence.

These included Sara Robinson, a Los Altos, CA physician’s assistant who told the Wall Street Journal she had sent a list of 382 women and families of women, including herself, who believe their cancer was worsened by morcellators to an FBI agent on April 3.

Another who confirmed the FBI investigation’s existence was morcellator patient and Philadelphia anesthesiologist Amy Reed who, with her husband Hooman Noorchashm, a cardiologist, has been leading a highly visible campaign to ban the devices and goad Congress into beefing up postmarket surveillance of 510(k)-cleared devices.

Both Reed and Noorchashm told the Philadelphia Inquirer they had been interviewed by FBI agents, and believe the bureau is looking into whether manufacturers failed to report deaths and serious injuries to FDA as required by law. Noorchashm said the FBI’s focus seemed to be on how much J&J’s Ethicon division “knew and, despite knowing, how it continued marketing” its morcellator.

J&J voluntarily withdrew its morcellator from the market last July, after FDA issued new safety warnings, but other companies did not.

Significantly, however, retired Pennsylvania pathologist Robert W. Lamparter told the New York Times and other news outlets that he told the FBI about a warning he had sent to Ethicon in 2006 about the morcellator’s cancer-spreading potential.

That’s eight years of continued marketing of a device the company knew, or to use a well-worn legalism, should have known was potentially lethal. FDA’s own statistics say one in 350 uses of power morcellators spreads cancer in women’s bodies.

For its part, J&J has been telling the news media that after Lamparter raised his concerns the company added new language to the device’s labeling and that it had already been recommending that where cancer was suspected surgeons should use a special bag with the morcellator to remove fibroid tissues.

Lamparter called this a “legal fig leaf” in a telephone interview with the New York Times, adding that J&J-provided training for gynecologists at his hospital “did not substantially change after he raised his alarm.”

All this pertains to perceptions of potential culpability on the part of J&J and other morcellator makers, and is no doubt the focus of the FBI’s ongoing investigation.

It also pertains to an apparently growing grassroots medical practitioner interest in the safety of medical devices generally—an issue that gets short shrift in the main regulatory portal for device entry to the marketplace, Sec. 510(k) of the Food, Drug and Cosmetic Act.

Despite Noorchashm’s—and a growing number of other—knowledgeable efforts to beef up the evidence of safety and postmarket surveillance aspects of 510(k), there is still little discernible interest on Capitol Hill or at FDA in doing so.

But a groundswell may be coming.

“For the majority of medical devices,” she wrote, “there is little to no data on the reliability, quality, or effectiveness of that device after it is released on to the market. Information gathered during the clinical trial stage is extremely useful; however, it often fails to answer many potential treatment and clinical use questions that arise, as a new medical device is widely available for patient use.”

A general surgeon from St. Louis, MO, Wynne referenced a recent collaborative report with FDA, her center, and other private sector parties to build a national system to capture postmarket safety and effectiveness information about medical devices.

Such “real-world evidence,” she wrote, “will allow us to evaluate important questions such as the quality of the device, short and long term outcomes, comparative effectiveness across devices of the same type, and how the devices work in subpopulations such as age, gender, or race.”

Wynne’s call is at the opposite end of the same continuum that Noorchashm, Reed, Lamparter and Robinson are all involved in: improved medical device surveillance.

At a time when terrorism-focused surveillance has become a Washington obsession that is likely to reach new heights in the coming election season, medical device surveillance may be swept along in its wake. FDA and other public safety agencies have unified roles in both arenas, albeit for different reasons.

At one end of the continuum, Wynne and her colleagues see a private-sector solution to medical device surveillance for improved safety and effectiveness, while at the other, Noorchashm et al see a legislative solution: revising Sec. 510(k) to include an evidence of device safety component and a postmarketing surveillance regulatory component.

They’re not mutually exclusive, but it has to be said that with the 21st Century Cures Act having already begun to leave the station without addressing 510(k) requirements, the private sector solution might have brighter prospects than the legislative one.

Indeed, on the narrow morcellator safety issue, the prodigious efforts of Noorchashm et al in conjunction with FDA’s labeling recommendations last year have seen pretty rapid success in the private sector through the deletion of coverage for this procedure by a growing number of health insurance plans along with associated lawsuits.

For many, this would be enough, but Noorchashm and Reed are not stopping. In a May 27 email to their network in the wake of media reports about the FBI investigation, they wrote:

“The FBI has risen to investigate an egregious violation of federal law leading to the loss of lives across the United States and abroad from corporate and professional negligence.

“It is time for the United States congress to rise and definitively secure the medical device regulatory space for patients. The FDA's Center for Devices and Radiological Health stands compromised and mission-corrupted.

“We await a loud and public response from the United States congress and the White House - many unsuspecting families have been harmed.”