Medtronic Spine is Still Hobbled Over 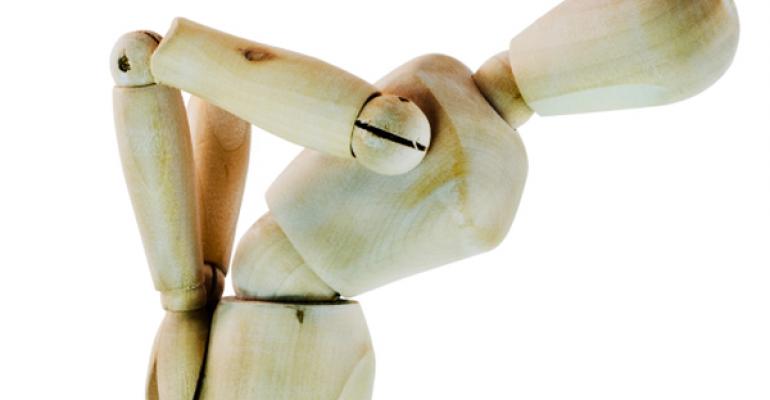 Despite solid overall results, Medtronic reported that its spine business declined last quarter, news that is not surprising given how the business has faltered for years.

Despite solid overall results, Medtronic reported that its spine business declined last quarter, news that is not surprising given how the business has faltered for years.

Medtronic reported its fiscal third quarter financial results on Tuesday where it reported slightly lower-than-expected revenue, most likely because of currency fluctuations.

Most analysts described the results as solid, but one analyst's question to Medtronic's CEO, Omar Ishrak, underscored the nagging under performance of the Irish company's spine division. In the quarter ended Jan.29, the spine business saw revenue decline 2% to $704 million compared with the same quarter a year ago.

Although the company's bone graft product - Infuse - saw sales jump in the U.S., revenue declines were seen in Infuse sales in Europe because of a product hold. Further, the spine business was hurt because of decline in its core spine business that comprises rods and screws.

The Spine business has been struggling for years. Infuse used to be a blockbuster product until it was revealed that some off-label use resulted in severe injury and even deaths. Newspaper articles also questioned whether doctors who were compensated by Medtronic inflated Infuse's benefits while underreporting its negatives. Although a Yale review vindicated the data Medtronic used to gain FDA approval of the product, sales have lost its luster.

Additionally, under its previous CEO Bill Hawkins, Medtronic made an expensive near $4 billion acquisition of Kyphon that made balloon kyphoplasty products to treat spinal fractures. That acquisition never quite panned out and in 2013, Medtronic transferred 500 Kyphon patents to a patent assertion entity — Orthophoenix — which immediately went on to sue several orthopedics companies including Stryker. Stryker counter sued and added Medtronic as a co-defendant in the lawsuit alleging antitrust practices and conspiracy that Medtronic has denied. That case is still ongoing.

Meanwhile, the core spine business — that saw revenue decline in the quarter that just ended — has been challenged by smaller companies. Over the years, some analysts have even speculated whether Medtronic should sell the spine business.

Ishrak is fully aware of the challenge in the spine business and is attempting a turnround, but it is taking long, a fact that did not go unnoticed on Tuesday's earnings call with analysts.

"It’s obviously a business where there’ve been several iterations of sort of a turnaround plan over the past, call it years," said David Roman, an analyst with Goldman Sachs, according to a transcript of the call from Seeking Alpha. "What sign post are you watching to identify whether you have the right strategy in Spine? How long are you willing to continue to let this business underperform?"

Ishrak acknowledged the concerns, declaring repeatedly "we're going to get this thing fixed." He noted that the spine market is still attractive to Medtronic and added that leadership, and other, changes are being made to make sure that products are being launched in a manner that leads to direct uptick in sales.

"We've got to get this thing right," he said.

Questions is, is anyone going to hold their breath?