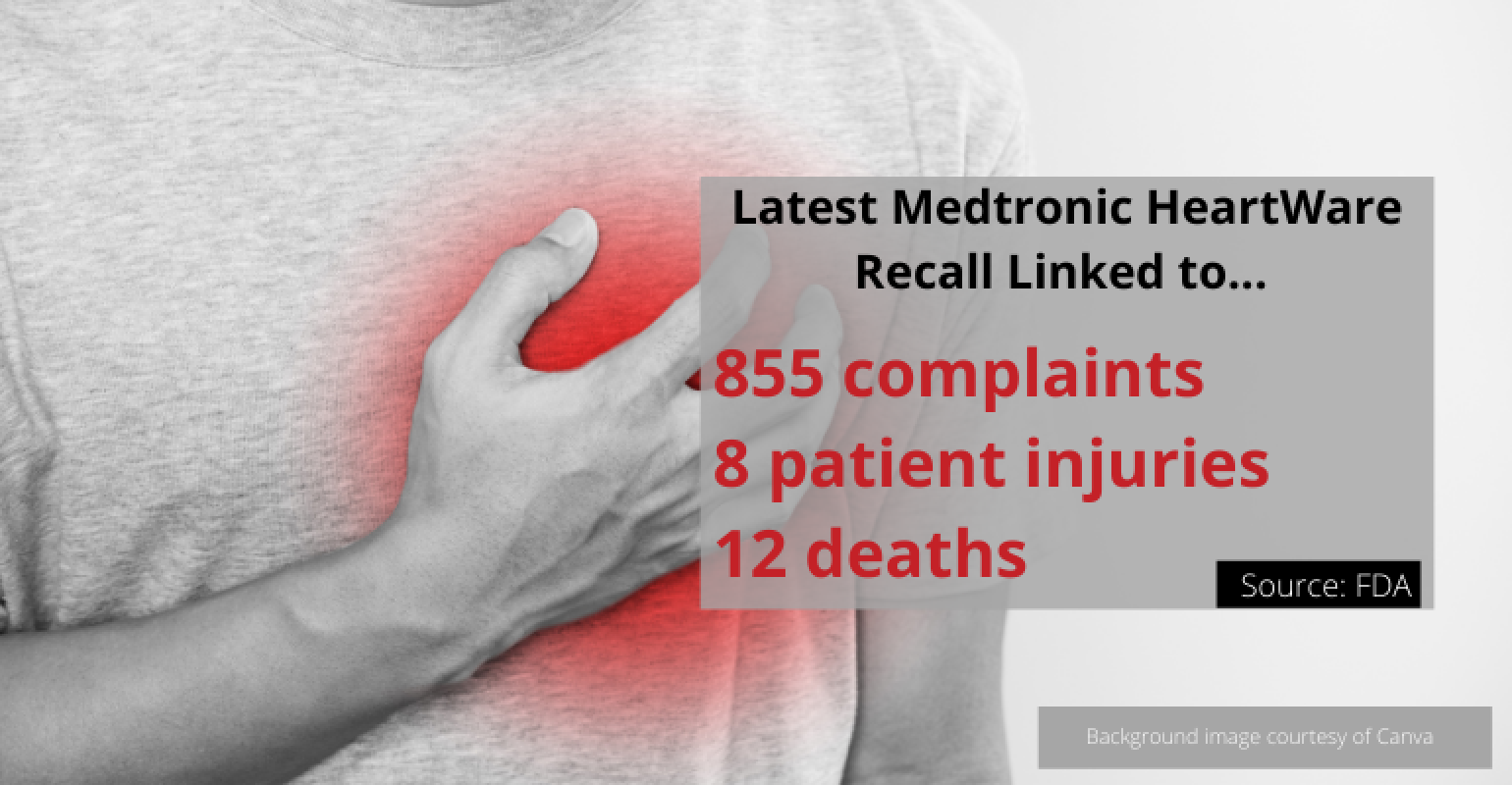 Medtronic continues to have problems with its HeartWare Ventricular Assist Device (HVAD), which the company inherited through its $1.1 billion acquisition of HeartWare in 2016.

In early March, MD+DI reported that Medtronic had recalled the pump implant kit for the HVAD because the device may fail to initially start, restart, or have a delay in restarting after the pump stops. That recall was initiated by the company last November, but FDA didn't call attention to the recall until early March, after two deaths and many serious injuries were reported. Similarly, this latest recall was initiated in late February but flagged by FDA late in the day Thursday via a MedWatch notice from the agency. According to the recall notice posted by FDA, there have been 855 complaints about this device issue, eight reports of injuries, and 12 reported deaths.

The problem is a risk of wear and tear of the connector plugs (power sources, data cable, and alarm adapter) which could cause damage to the controller port metal pins (for example, bent pins). Damaged controller ports may prevent power cables and data cables from being connected to the controller and lead to a full or partial stop of the pump. This could cause serious patient harm including loss of consciousness, hospitalization, heart attack, or death, FDA noted.

HeartWare has a history of trouble

In May 2020, Medtronic recalled the HeartWare HVAD pump outflow graft and outflow graft strain relief because of the risk of breaks and tears during the pre-implant pump assembly process. About two years prior, the company had a recall that included 204,017 of its devices. The issue stemmed from an interruption of the electrical connection between the device’s power source and the HVAD controller.

There were also two significant recalls involving the HVAD just before after Medtronic acquired HeartWare in 2016. One involved 8,799 HVAD controllers that were potentially damaged from exposure to moisture through loose power and data connectors. The other involved 350 unimplanted kits sitting in hospital inventory that were susceptible to electrical faults and connection failures from fluid entering the driveline-to-controller connector.

HeartWare had a major battery recall involving more than 18,000 HVAD batteries sold between 2013 and 2015, also prior to Medtronic buying the company.