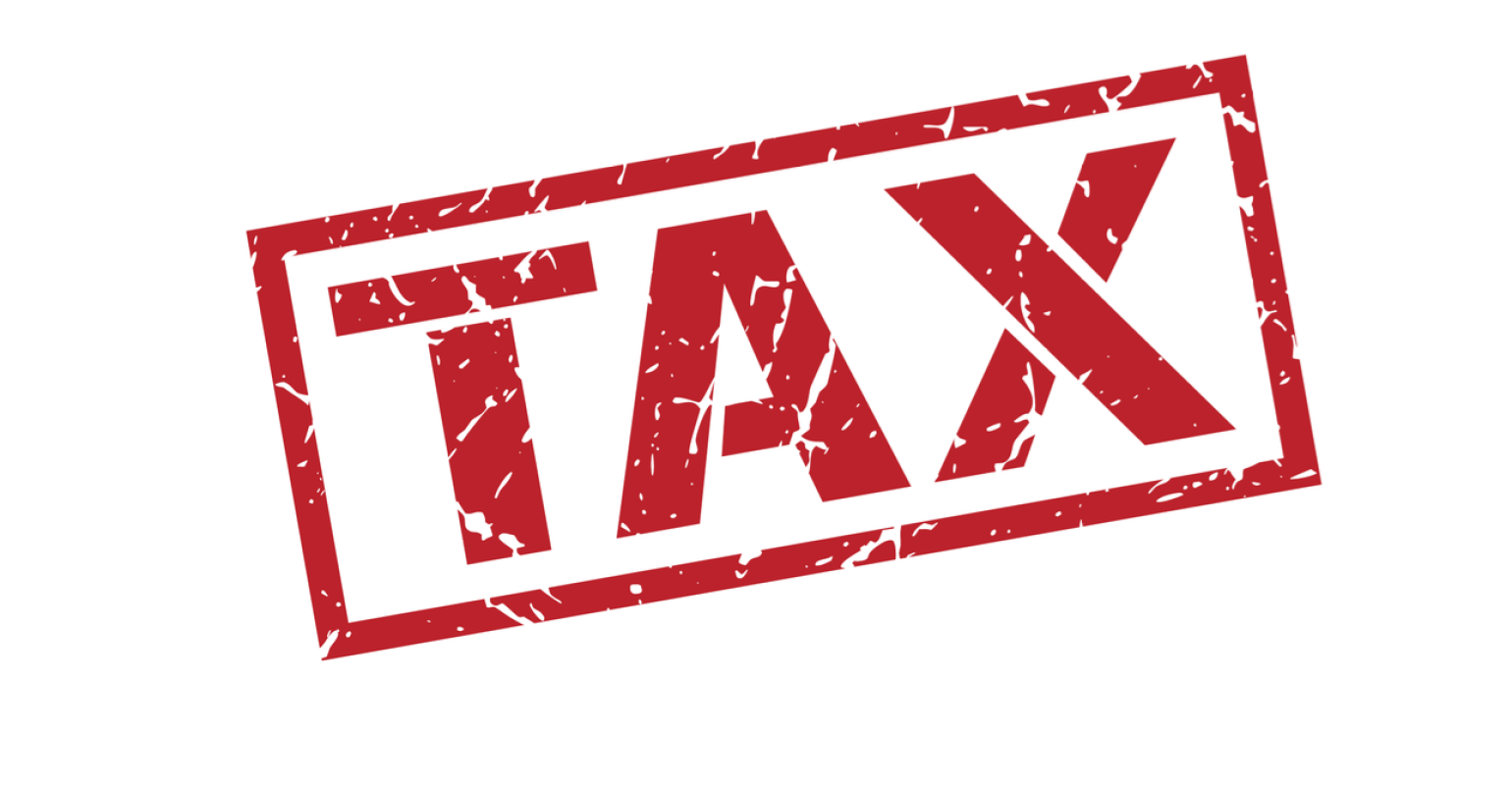 Image source Aquir/Shutterstock
The MDET has been up for repeal or reform more than a dozen times—what are the chances it will be abolished any time soon?

The battle to repeal the medical device excise tax (MDET) has been a significant focus of the medical device community since the Affordable Care Act (ACA) was enacted on March 23, 2010. At that time, Congress included a 2.3% excise tax on medical devices to help cover the costs of the expanded health insurance coverage mandated under the ACA. Efforts to repeal the MDET began almost as soon as the ACA was enacted. The medical device industry largely criticized the MDET, insisting that the tax would harm R&D investment and performance, and thus argued it should be abolished. Although there has been significant agreement in the medical device industry to abolish the tax, it remains an ever-present concern for the industry. In July 2018, the House of Representatives voted to repeal the MDET. In this article, we provide a history of the MDET and its related repeal efforts, an overview of the present costs associated with the current state of the MDET, and possible outcomes of the MDET.

Brief History of the MDET and Repeal Efforts

The ACA was signed into law by former U.S. President Barack Obama on March 23, 2010. It included three key mandate provisions to expand health insurance coverage to universal levels. To help cover the costs of the expanded health insurance coverage, the ACA also included new taxes and fees imposed on several business sectors. Section 4191 of the Internal Revenue Code imposed a 2.3% tax on the sale price of “any taxable medical device by the manufacturer, producer, or importer.”[1] But like most tax provisions, the meaning of this language is more complicated than it first appears. The Internal Revenue Service’s final regulations state that for purposes of the MDET, a “taxable medical device” is one that is listed by FDA under section 510(j) of the Federal Food, Drug, and Cosmetic Act.[2]

Outcry over the MDET caused the legislature to take immediate action. Beginning on January 25, 2011, bills were introduced in both the House of Representatives and the Senate to repeal the MDET.[3] The MDET has raised bipartisan opposition. On December 4, 2012, eighteen Democratic senators sent a letter to then Senate majority leader Harry Reid requesting delayed enactment of the MDET, stating, “[W]e must do all we can to ensure that our country maintains its global leadership position in the medical technology industry and keeps good jobs here at home.”[4]

To date, the MDET has been up for repeal or reform more than a dozen times.[5],[6] In July 2018, the Republican-controlled House approved a repeal of the MDET.[7],[8] For the MDET to be repealed, the bill will need to pass the Senate with 60 votes. The bill, H.R. 184, has been received by the Senate to be calendared but no date on a vote has been set as of September 6, 2018.

Present Costs to the Industry

In addition, the empirical findings of the study suggest that the MDET affected operating costs and market strategies for medical device manufacturers. Medical device companies reduced their operating costs to alleviate the MDET burden. They also significantly increased the global market sales intensity and global market diversification after the MDET incidence because medical device sales outside the United States are tax-exempt. Further, the MDET is attributed to costing the industry some 29,000 jobs nationwide.[12]

Moreover, there have been indirect costs associated with lobbying to repeal the MDET. An estimated $220.6 million was spent on direct lobbying in Washington since 2012 by the medical device industry.[13] Yet, the actual amount of contributions given to PACs and lobbying groups is largely unknown.

Possible Outcomes of the MDET

The U.S. medical device industry has estimated revenues of $155 billion per year, with approximately ten manufacturers accounting for eighty-six percent of the sales of covered medical devices [14],[15] The MDET is expected to raise an estimated $3 billion in tax revenue per year. Proponents have argued that the industry’s grave predictions of vast layoffs and decreased investment in innovation have been greatly exaggerated. Proponents view the MDET as a small, but necessary component of the ACA that needs to remain intact in order to achieve the much larger goal of providing healthcare to all Americans. Thus, proponents acknowledge that the MDET imposes a burden on the medical device industry but reason that such a burden is outweighed by the benefits of the ACA. Proponents will push for the MDET to go into full enforcement after the moratorium expires.

On January 22, 2018, H.R. 195 (Pub. L. 115-120), a bill extending the moratorium on the MDET, was signed into law for an additional two years. Because of the moratorium, the MDET does not apply to the sale of taxable medical devices by the manufacturer, producer, or importer of the device during the period beginning on January 1, 2016, and ending on December 31, 2019. This is the second time a moratorium has been placed on the MDET. During the previous two-year moratorium, it was believed that the MDET would be repealed by Congress through the American Health Care Act of 2017, a bill passed by Congress, or in the recent tax cuts. The MDET is scheduled to be in effect as of January 1, 2020. If Congress is unable to pass a repeal or revise the MDET, a third moratorium would be expected to be introduced into the House of Representatives in early 2019. It is also possible, although unlikely, that the next Congress will vote to repeal the moratorium.

There are two competing stories that arise during the debate on whether or not to repeal the MDET: (1) the medical device industry is correct that the application of MDET does more harm than good to the industry and that reform/repeal ought to be a serious consideration; and (2) the federal government is correct in their prediction that a windfall from the ACA will balance the cost of the tax on the industry. Within each of these scenarios, there is a core issue—who will bear the ultimate economic burden of the tax?

Initially, both sides had limited data to support either claim regarding the impact or the effectiveness of the MDET. Now that eight years have passed since the enactment of the ACA, there are data that both sides could raise in the debate. Proponents can point to a 2014 survey of senior management that shows small- to mid-size companies did not make changes in response to the MDET.[16] There has also been a significant corporate tax reduction that makes the burden of the tax less impactful than it did in 2014. Thus, for the proponents of the MDET, there appears little reason to repeal or revise the law. Advocates for repealing the MDET will point to the hundreds of millions that the MDET has purportedly cost the industry. They will also continue to argue that R&D investment and performance as well as job growth has been directly affected by the MDET. As with all moratoriums, it is the uncertainty that continues to give the industry pause. Advocates have argued that if the MDET were to be repealed, jobs would return, and investment would increase.

There are three likely outcomes of the MDET that could occur in the next two years: (1) enforcing the MDET; (2) maintaining the moratorium on enacting the MDET; or (3) repealing or revising the MDET. At this present time, it is unlikely that the 115th Congress will repeal the MDET. Advocates were unsuccessful introducing the bill before the Senate in August. Congressional recesses between now and the mid-term elections, and the appointment of a new Supreme Court justice, also make it unlikely that the Senate will vote to repeal the MDET by the end of the year. As a result, the MDET may remain an ever-present concern for the medical device industry for the foreseeable future.