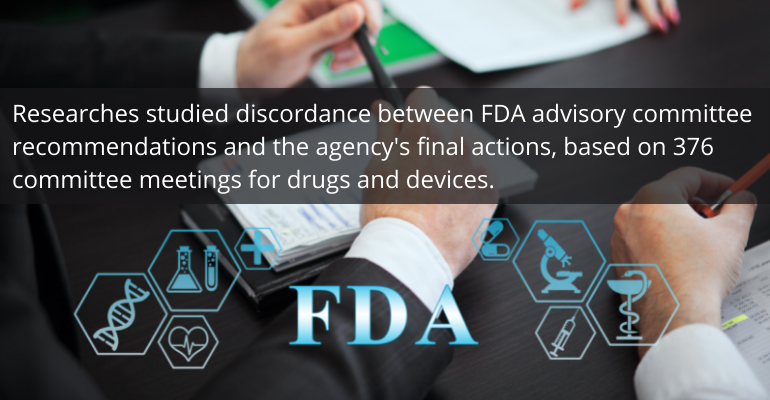 The agency tends to agree with advisory committee recommendations, but not always.

In 2019, a study published in the Milbank Quarterly journal analyzed FDA decisions regarding drugs and devices to find out how often they were in accordance with the FDA advisory committee recommendations. The study looked at 376 FDA advisory committee meetings that took place between 2008 and 2015. The study was conducted by researchers from Yale School of Medicine and the New York University School of Medicine.

The researchers concluded that the regulatory agency disagrees with FDA advisory committee recommendations a minority of the time, and in these cases it tends to be less likely to approve new products or supplemental indications and take safety actions. Deviations from recommendations thus offer an opportunity to understand the factors influencing decisions made by both the agency and its expert advisory groups, the researchers noted.