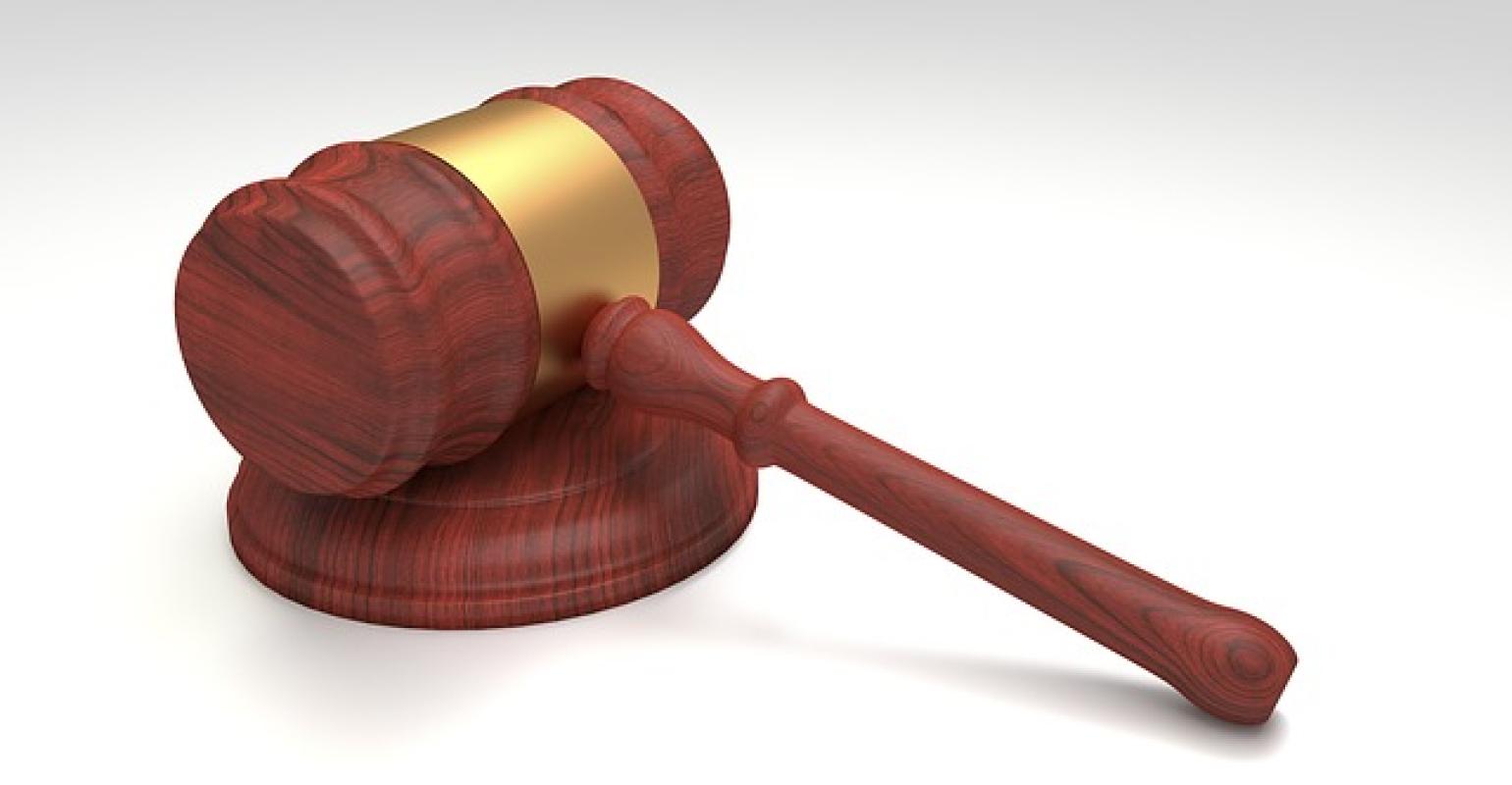 Over the last few years, we have seen many device makers and medical equipment suppliers settle criminal and civil healthcare fraud cases with the DOJ for more than $1 million, and some have included corporate integrity agreements. Device manufacturers continued to be a target of False Claims Act (FCA) litigation in 2018 and likely will continue to be in 2019. Although some theories advanced in recent cases and government investigations are novel, many are not. Enforcement agencies and relators continue to focus on off-label and misleading marketing as well as remuneration provided to providers to induce their use of a particular product.

Despite the constraints imposed by recent court decisions,1 relators and the U.S. Department of Justice (DOJ) continue to claim that off-label promotion of a medical device may render claims for reimbursement for that device false and thus support liability under the FCA especially where patient health or safety is threatened. At a recent conference about off-label promotion, Deputy Assistant Attorney General for Consumer Protection Ethan P. Davis recognized that “off-label uses and treatment may be important therapeutic choices”2 and explained that DOJ will focus enforcement efforts relating to off-label promotion on practices that threaten patient health and safety. For this reason, he explained that DOJ will “vigorously investigate and prosecute firms that make false or misleading statements to prescribers or patients.”3 Indeed, as discussed below, enforcement actions resolved during 2018 in which DOJ alleged the targeted companies promoted a medical device for an off-label use also involved additional practices that DOJ alleged were problematic.

Even absent any allegation of off-label promotion, false or misleading statements about a device may on their own prompt FCA scrutiny. Similarly, providing anything of value to a healthcare professional can draw FCA scrutiny. When the government alleges that a claim for reimbursement is rendered false because a device manufacturer provided things of value to a healthcare professional, it will often also allege that the Federal Anti-Kickback Statute (AKS) has been violated. This is not a new area of risk; recent DOJ investigations confirm that the provision of free products or services, payments for meals or travel expenses, or payments to healthcare professionals for speaking engagements and consulting services continue to possibly pose AKS and FCA risk for medical device companies.

In 2018, DOJ resolved three investigations that included allegations that a medical device manufacturer promoted their products for off-label uses. In these cases, DOJ also pointed to additional marketing practices that, combined with the off-label promotion, allegedly rendered claims for reimbursement false.

In one case, DOJ alleged, among other allegations, that company sales representatives promoted an off-label procedure that was potentially dangerous even after an FDA official met with company executives to express safety concerns about the off-label use.

In a second case, among other allegations, the device manufacturer was alleged to have promoted the use of its device for an investigational procedure that was not only off-label but also medically unnecessary.

In a third case, the targeted company allegedly promoted two separate devices by falsely claiming or implying that the devices were FDA “approved” for off-label procedures. With regard to one of those products, sales representatives also allegedly routinely made claims that an off-label use of the device was a “better” or “superior” therapy for treating certain conditions and “safer” and “less toxic” than alternative treatments despite a lack of sufficient clinical evidence to support those claims. The government also alleged that the device manufacturer developed and used materials that instructed providers to submit claims for off-label procedures using inaccurate billing codes in order to get reimbursed.

Recent enforcement actions against medical device manufacturers have also frequently involved allegations that the targeted company provided things of value to healthcare professionals or hospitals in an effort to increase the use of their products. It is not uncommon for a DOJ investigation to include both this type of allegation and off-label allegations like those outlined above.

Alleged kickbacks in the form of lavish dinners, drinks, entertainment, and travel as well as free medical equipment and supplies provided to physicians were key allegations in a DOJ investigation that resulted in a $350 million settlement in 2017. That investigation alleged that the manufacturer, and a predecessor company it had acquired, provided kickbacks to induce clinics and physicians to use or overuse one of its products. In addition, the DOJ alleged that the company made unwarranted payments to physicians: (1) for purported speaking engagements and (2) to compensate them for participating in sham case studies.

This past year, similar allegations about the past conduct of two other device manufacturers were resolved. The first agreed to pay $3.1 million to resolve allegations that it violated the FCA in 2012 by purchasing lavish meals at some of the most expensive restaurants in the country to induce physicians to use the company’s heart pumps. The government pointed to a number of details about the meals as evidence that they were not solely for business purposes. These facts include that the company paid for (1) alcohol in an amount inconsistent with legitimate scientific discussion; (2) meals for physicians’ spouses even though the spouses had no legitimate business purpose for attending; and (3) numerous meals for physicians in which the cost per-attendee well exceeded the company’s own $150 per person guideline. The government also noted that company employees at times misrepresented the number of physicians attending specific meals in order to make payment for the meals appear to comply with company’s expense guidelines.

In a second investigation, DOJ alleged that the device manufacturer provided things of value to surgeons in an effort to stop them from complaining about defects in a particular medical device. In addition, the government alleged that this device manufacturer provided free products to physician practices with the knowledge that physicians fraudulently bill insurers, including federal and state healthcare programs, for the product in order to induce physicians to refer, use, or recommend the company’s devices.4 The government also alleged that the company arranged and paid for lunches and dinners at which the company promoted particular surgeons’ practices to potential referring physicians. Lastly, the government alleged the company paid for travel and expenses for surgeons to learn about an investigational procedure that utilized the company’s device and allowed the surgeons to market themselves as experts on promising new procedures. This training allegedly inured a benefit to the attending surgeons and was provided in order to induce key physicians to increase their use, or maintain high usage, of the defendant’s device.

Recent enforcement actions counsel that a number of practices that may be employed by your marketing and sales departments could come under FCA scrutiny. These include any promotional activities that incorporate false or misleading statements and in particular false or misleading statements that also promote a product for an “off-label use.” Statements that inaccurately suggest that a product is approved for a particular use or inaccurately advise providers that government healthcare programs will reimburse for an off-label use may also be problematic.

In addition, a variety of types of spending could be viewed as benefiting physicians or hospitals and characterized as possible illegal kickbacks that could render a claim for reimbursement false for FCA purposes with the right set of facts. These include:

Given these risk factors, medical device companies would be wise to re-visit their compliance programs as they relate to promotional materials and payments that may benefit physicians and ensure that not only are processes in place that support compliance with the FCA and the AKS, but that those processes are consistently followed.

Compliance Review in the New Year

Promotional materials including advertisements, sales brochures, press releases, speeches, conference posters, and websites should be reviewed to ensure they contain no false or misleading claims. Controls should be in place to ensure that any statements about a product’s efficacy are sufficiently supported by valid scientific evidence and are consistent with your approval. These controls should also ensure that promotional materials do not misrepresent a product as “approved” for a use that has not been approved by FDA either through the premarket approval process or the 510(k) process.

You should also take care that your sales and marketing strategies do not suggest a focus on promoting a product for an off-label use. For instance, a strategy that emphasizes contact with providers who specialize in treatment of a condition for which the company’s product is not approved could be viewed as evidence of off-label promotion. Similarly, a very large sales force assigned to promote a product that is used only by a small population of providers for approved-uses could raise concerns about off-label promotion. Finally, it’s a good idea to separate educational programs that aim to train physicians on the proper use of your devices from promotional activity by using separate employees for these distinct purposes and minimizing the role in and attendance of marketing and sales personnel at educational events.

You can also take a number of steps in the New Year to minimize the risk that payments to or on behalf of physicians will be viewed as an illegal kickback. These include ensuring that:

In addition to having a robust compliance program and policies, you will want to ensure that they are implemented and followed on a regular basis.

The New Year is an excellent time to review your company’s marketing and sales practices in light of lessons learned from recent enforcement activity in the industry and to set a plan to review them throughout the year.

1. In 2012, the Second Circuit overturned a pharmaceutical sales representative’s criminal conviction under the Food, Drug & Cosmetic Act (FDCA) for promoting off-label use of a drug on First Amendment grounds. United States v. Caronia, 703 F.3d 149 (2d Cir. 2012). Several years later a district court in the Second Circuit rejected the Food and Drug Administration’s (FDA’s) effort to limit Caronia to its facts and stated that the “truthful and non-misleading speech promoting the off-label use of an FDA-approved drug . . . cannot be the act upon which an action for misbranding is based.” See Amarin Pharma Inc. v. FDA, 119 F. Supp. 3d 196, 228 (S.D.N.Y. 2015). Then, in 2016, the Second Circuit extended its skepticism beyond criminal cases under the FDCA to an FCA action. See United States ex rel. Polansky v. Pfizer, 822 F.3d 613, 619-20 (2d Cir. 2016) (holding that the relator’s allegations did not actually amount to promotion for an off-label use but also expressing skepticism that such promotion could cause implied false certification that the drug was prescribed for an on-label use).

4. Although certain safe harbors permit pharmaceutical and medical device manufacturers to offer product samples, the government alleges that a free product constitutes a kickback when offered with the knowledge that the provider intends to collect reimbursement for it because federal and state healthcare programs will not knowingly pay for products that were provided as free samples.

Boston Scientific and Stryker Get Another NTAP Year Because of COVID-19
Aug 04, 2021