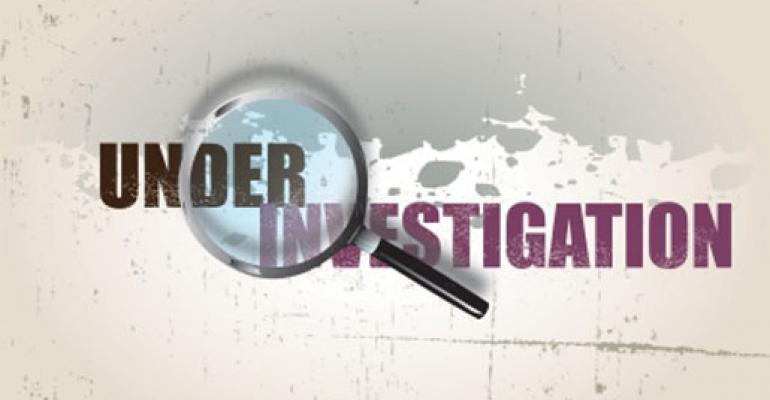 A recently-acquitted medtech executive has angrily aired objections to how federal prosecutors handled his case. Could a recent memorandum from the deputy attorney general have motivated the government’s approach?

A recently-acquitted medtech executive has angrily aired objections to how federal prosecutors handled his case. Could a recent memorandum from the deputy attorney general have motivated the government’s approach?

Could the loss of revenue from the now-suspended medical device excise tax in Obamacare be offset by a new revenue stream from the industry through fiscally-motivated federal civil and criminal prosecutions launched against individual device executives for alleged “corporate wrongdoing”?

Feasibly, they’re incentivized by the seven-page Yates memorandum issued on September 9, 2015 to go after high-dollar coerced settlements of cases that previously might have been dealt with differently, triaged according to degrees of public harm, or not brought forward at all due to substantive triviality.

Significantly, the six-step strategy in the memo departs from previous DoJ policy in numerous ways, but perhaps most pointedly in Step 6, where it advises focusing on “considerations beyond [the] individual’s ability to pay.” In other words, previous policy might let the individual off in favor of going after his or her corporation’s deeper pockets instead.

Now, the individual is not to be bypassed in a new scheme that fuses the efforts of DoJ’s criminal and civil prosecutors through better and ongoing communications with each other on every case.

One of the first medical device executives to feel the full bite of the new approach was Minneapolis-based Vascular Solutions CEO Howard Root, who in November was indicted on factually deficient felony counts for allegedly selling unapproved lasers to treat varicose veins and for “conspiring to defraud the United States by concealing the illegal sales activity.”

Strangely, this was not an FDA prosecution, but was brought on its own initiative by the U.S. Attorney’s office in San Antonio, Texas on the basis of a former Vascular Solutions salesman’s $20 million whistleblower complaint to that office. Root says FDA had no complaints about his sales practices because the device use at issue did have 510(k) clearance.

Although the San Antonio U.S. Attorney’s office consulted with the DoJ Civil Division’s Consumer Protection Branch in Washington, which is the branch that usually handles FDA prosecutions, FDA provided only one witness to testify when the case came to trial—CDRH Division of Surgical Devices supervisory biologist Neil R. Ogden.

He testified that the language in the devices’ 510(k) clearance could indeed be read as covering the allegedly “unapproved” use in the San Antonio U.S. Attorney’s Office’s initiating complaint.

With that, and other weaknesses in the prosecution’s case, Vascular Solutions elected not to bring any of its 20 defense witnesses to the stand, and the jury threw out all the charges.

Root and his company walked out unscathed, except for the estimated $25 million in legal expenses their defense and the preceding investigation had cost them.

Unlike most industry CEOs who win in court against the government and keep quiet, Root wasn’t ready to let the acquittal be the end of the matter.

In a March 3 Minneapolis Star Tribune commentary piece, he blasted the prosecutors for the “malicious” way they went after him and his company.

Early on, he wrote, he had offered to meet with the prosecutors and “correct their misinformation, but two days before that scheduled meeting, they called my lawyer and canceled it. And they never would reschedule. So before deciding to bring criminal charges, these prosecutors never heard my side of the story.”

As they pushed ahead, Root’s commentary said, the prosecutors subpoenaed over 2 million pages of company documents and interviewed over 60 customers and employees, receiving evidence that conflicted with the whistleblower’s story.

“But instead of changing their conclusions to fit the evidence, these prosecutors engaged in obscene tactics to try to change the evidence,” Root wrote.

“In conversation with our lawyers,” he continued, “they called conflicting statements by witnesses ‘a line of [expletive].’ They referred to one employee as ‘a poor [expletive]’ who needed to return ‘on bended knee’ to ‘fix’ his testimony. They told a female employee to think about what would happen to her firstborn son if she were indicted because she refused to ‘cooperate. And by ‘fix’ and ‘cooperate,’ I mean retract their prior testimony and support the government’s case.

“Why would prosecutors act this way? The answer is pretty simple. They started with bad information, jumped to a conclusion, and then, in these prosecutors’ own words, they had ‘invested their blood, sweat and tears’ in this case and ‘needed a body’ in return.”

Asked why he had paid $520,000 in 2014 to settle a civil DoJ action alleging he had caused false claims to be submitted to the federal government for the same devices, Root told me the investigation was then costing him that much every quarter and if he mounted a court defense he would have ended up paying $2-3 million in legal costs.

If the potential for crass revenue-sharing of settlements is not a sufficient incentive for zealous prosecutors to bring poorly researched cases like this against medical device companies, Root (who is himself a lawyer) points to professional advancement incentives through copious merit awards handed out annually by DoJ to its lawyers.

Then factor in the new scheme established by the Yates memo, which lists its six strategy steps as:

"(l) in order to qualify for any cooperation credit, corporations must provide to the Department all relevant facts relating to the individuals responsible for the misconduct; (2) criminal and civil corporate investigations should focus on individuals from the inception of the investigation; (3) criminal and civil attorneys handling corporate investigations should be in routine communication with one another; (4) absent extraordinary circumstances or approved departmental policy, the Department will not release culpable individuals from civil or criminal liability when resolving a matter with a corporation; (5) Department attorneys should not resolve matters with a corporation without a clear plan to resolve related individual cases, and should memorialize any declinations as to individuals in such cases; and (6) civil attorneys should consistently focus on individuals as well as the company and evaluate whether to bring suit against an individual based on considerations beyond that individual's ability to pay."

Meanwhile, two other medical device executives are to go to trial under the Yates memo in Boston in May on charges of conspiracy, securities fraud, wire fraud, aiding and abetting, and distributing adulterated and misbranded devices when they were leading their 2004 startup ENT device company Acclarent, Inc., now owned by Johnson & Johnson’s Ethicon.

They are former CEO and president William Facteau, of Atherton, California, and former vice president of sales Patrick Fabian, of Lake Elmo, Minnesota.

Their indictments allege they misled FDA in a 510(k) that their Stratus device was a nasal sinus spacer substantially equivalent to an approved spacer for a maximum 14 days post-surgical use when it was really designed to provide sustained release “over an extended period” in the sinuses of the steroid Kenalog-40 (triamcinolone acetonide injection in suspension).

They allegedly drove up the selling price of Acclarent through off-label sales of Stratus, according to the indictment.

If DoJ’s evidence in this case is as poorly researched as it was in the Vascular Solutions case, another government defeat might be in the offing.